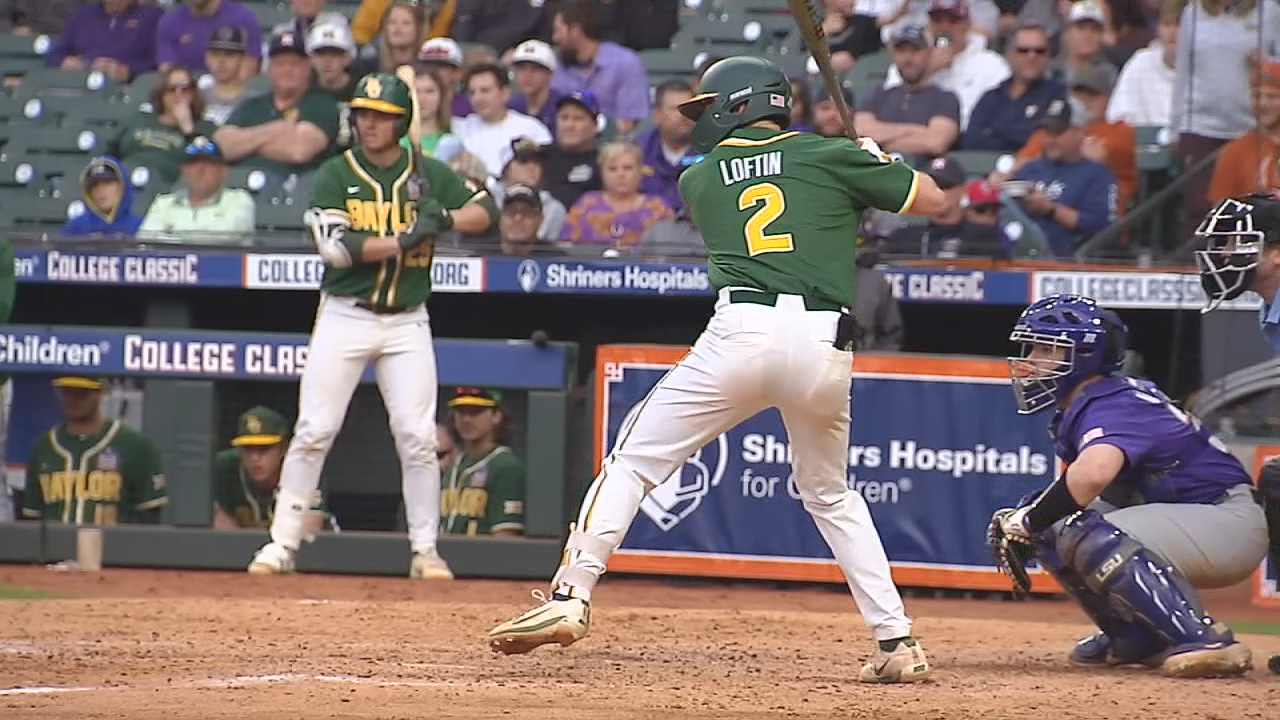 WACO, Texas — Texas A&M pitcher Asa Lacy and Baylor shortstop Nick Loftin were picked on the first day of the MLB Draft by the Kansas City Royals. Lacy was taken No. 4 overall, while Loftin was chosen with pick No. 32.

"I got a lot of phone calls, a lot of text messages," Lacy said. "My phone actually locked up this morning, and I had to reset it. But, it's been awesome."

Lacy and Loftin played together on the USA Collegiate Baseball Team. The pair were roommates on the team's trip to Japan.

"He's a great dude, one hell of a pitcher for sure," Loftin said. "So I'm excited for him and excited to see what the Kansas City Royals organization can do now."

Lacy's draft stock rose dramatically over his collegiate career. Coming out of high school, the left-handed pitcher was chosen in the 31st round. Three years later, he was the second pitcher taken in the 2020 Draft.

Loftin went undrafted after his senior year of high school. In his time at Baylor, he became a top-tier prospect. Some draft boards had him going off the board as early as No. 18, but he fell to the Royals at No. 32.

The pair's future in the big leagues is in limbo due to COVID-19. The MLB is currently in the middle of a labor dispute between players and owners regarding players salaries and the length of the season.

The Kansas City Royals have affiliates in Omaha, Nebraska (AAA), Springdale, Arkansas (AA), Wilmington North Carolina (A-A) and Lexington, Kentucky (A). Lacy and Loftin will play for one of those teams.

"That's kinda the priority right now is Major League Baseball and trying to get that started," Loftin said. "So once they figure something out with that and then get a proposal from the MLB, they'll start worrying about draft picks and stuff like that."

In the meantime, Loftin says he will continue to participate in individual workouts as he prepares for the season to resume.

"It starts today," he said. "Today is the day to get better than I was and start now and prepare for the day when baseball will start again."