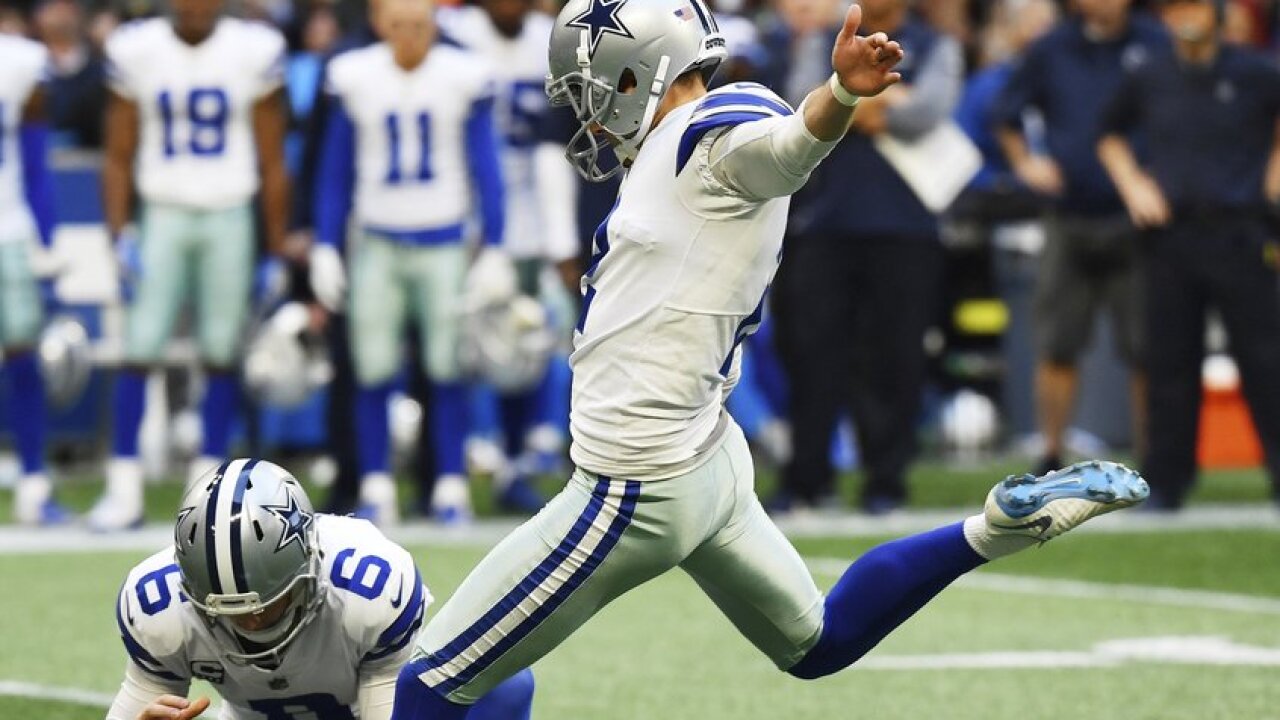 DALLAS, TX — The Dallas Cowboys are making a change.

The team has released kicker Brett Maher and signed on Kai Forbath to take his place Monday, according to a report by the Cowboys.

The announcement came on right after Maher and the team returned to The Star on a bus from visiting a children's hospital.

Dirty business. Brett Maher went to the hospital visits today spent time with some sick kids. Got on the bus with some teammates and after arriving at The Star he was cut. pic.twitter.com/yzSlSKpWAN

Maher's release by the Cowboys also comes after the kicker missed a 42-yard field goal against the Bears, making that 10 total misses this season, reports the Dallas Cowboys .

The #Patriots announced they have released K Nick Folk and signed K Kai Forbath. Folk had an appendectomy Thursday and could return when healthy… unless Forbath seizes the job and doesn’t relinquish it.

Forbath was then released by the Patriots after he missed an extra point and the Patriots' lost to Houston 28-22 on December 1.

The Cowboys held workouts for three kickers on Monday, then chose its top pick, Kai Forbath, to be Maher's replacement.