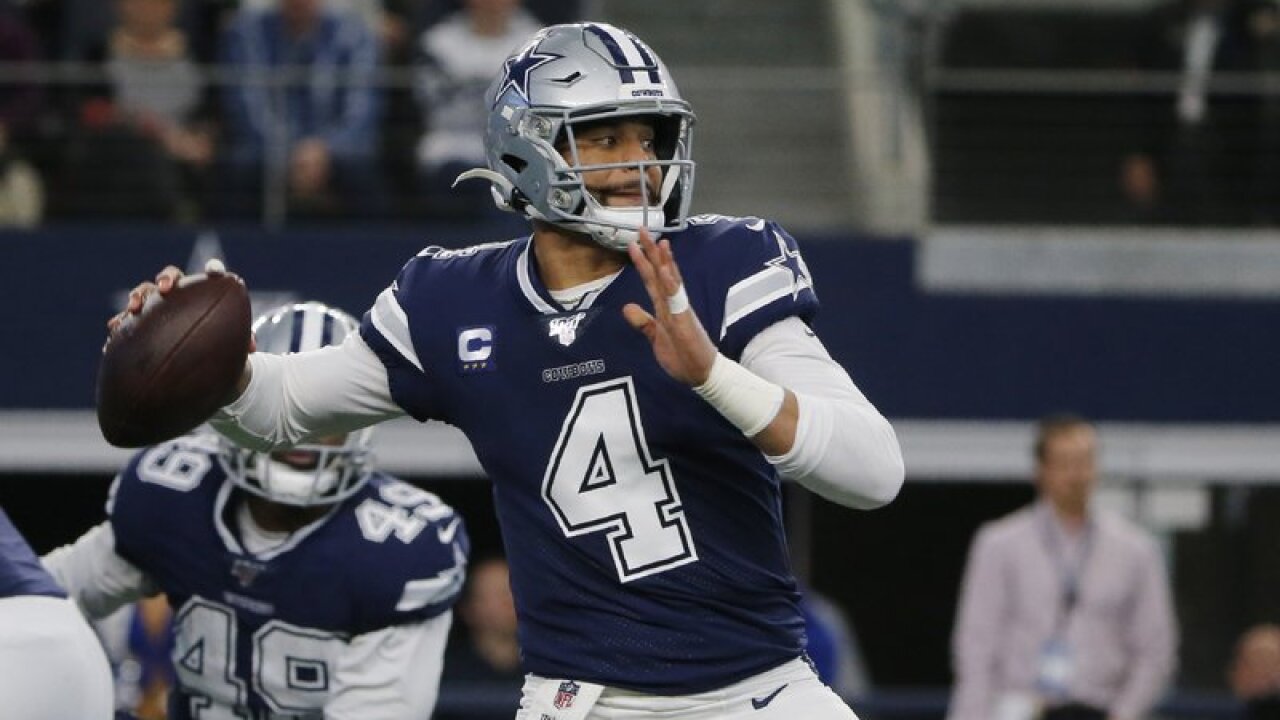 FILE - In this Dec. 15, 2019, file photo, Dallas Cowboys quarterback Dak Prescott (4) looks to throw in the first quarter of an NFL football game against the Los Angeles Rams in Arlington, Texas. Dallas quarterback Dak Prescott and NFL rushing leader Derrick Henry of Tennessee will play whatever becomes of the 2020 season under the one-year franchise tag after failing to reach long-term deals with their teams. Prescott is set to make $31.4 million after earning slightly more than $4 million under his four-year rookie contract. The 2016 NFL Offensive Rookie of the Year negotiated for more than a year without coming to terms on a deal. (AP Photo/Michael Ainsworth, File)

Dallas Cowboys quarterback Dak Prescott has sustained a gruesome injury to his lower right leg in the third quarter against the New York Giants.

Prescott was injured at the end of a 9-yard run when he was tackled by New York defensive back Logan Ryan. His right foot was bent at an awkward angle as Prescott grabbed at his leg in obvious pain.

The lower right leg was placed in a cast before Prescott was loaded on a cart. He covered his face with a towel at times before pulling it away to show the emotion on his face as most of his teammates and several members of the Giants, including Ryan, reached out as well.

Prescott was playing the Giants in the first visit of his former coach, Jason Garrett, now New York’s offensive coordinator.

Not long before the injury, Prescott had his first career touchdown catch from receiver Cedrick Wilson, who took a reverse pitch from running back Ezekiel Elliott.