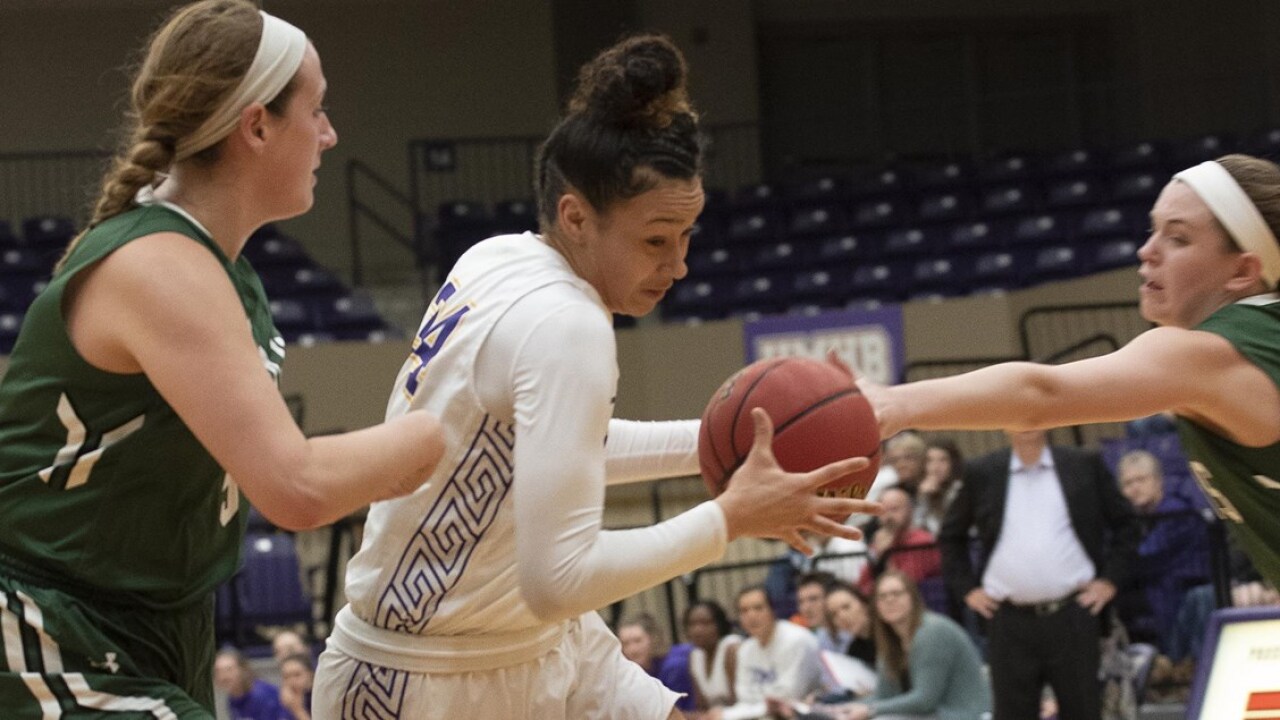 BELTON, Texas — In a battle for first place in the West Division, the University of Mary Hardin-Baylor women’s basketball team won the fourth quarter and that made the difference in a 56-49 victory over Hardin-Simmons Thursday night in Belton. The Cru improves to 12-3 overall and 5-1 in American Southwest Conference play with the win. The loss drops the Cowgirls to 11-4 overall and 5-1 in the ASC. The two teams are now tied for first in the ASC West Division.

The game was back-and-forth through the first three quarters and was tied at 43 with 7:56 left to play. UMHB went on a 9-2 run to grab a seven-point lead and Hardin-Simmons never got closer than five points the rest of the way as the Cru defense clamped down. The two teams were tied at 19 after the opening period, but combined to score just 17 points in the second as the Cowgirls led 28-27 at halftime. The game was tied at 39-39 going into the final period as both teams struggled to score.

Hannah Holt led UMHB with 18 points. Madison McCoy added 13 points and four assists. Allaira Jones had nine points and a game-high 12 rebounds for the Cru. UMHB shot 33 percent from the field as a team and was just 2-14 from three-point distance. The Cru was 10-14 from the line and out rebounded the Cowgirls 50-35 on the night.

Perris Parmer led HSU with 18 points and eight rebounds. Kaitlyn Ellis scored 14 and Tylor Gaffney added 13, but the rest of the team combined for just four points. The Cowgirls shot 34 percent as a team and went 4-21 from beyond the arc.

The Cru women will close out their two-game home stand on Saturday. UMHB will host McMurry University for a 1 pm start at the Mayborn Campus Center.