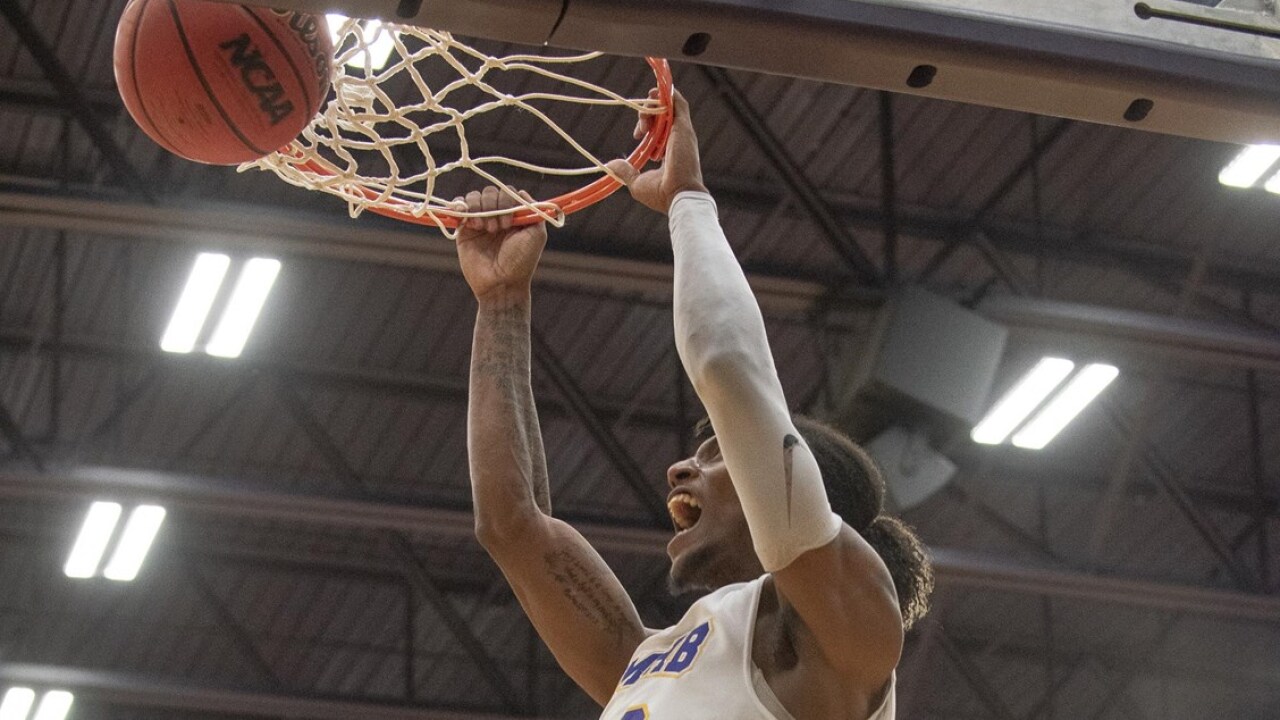 BELTON, Texas — The University of Mary Hardin-Baylor men’s basketball team jumped out to big leads in both halves and held off Schreiner rallies as the Cru rolled to a 92-79 victory over the Mountaineers Monday night in Belton. UMHB is now 1-0 on the season. Schreiner drops to 1-2 on the season with the loss.

The Cru opened the game with a 21-7 run, but went cold for a spell. The Mountaineers used an 18-2 run to grab a 25-23 lead with 5:15 left in the half. Sam Moore hit a three-pointer for UMHB to snap that streak and he added six more points as the Cru opened up a seven-point lead. UMHB would take a 41-34 advantage into the half.

The Cru came out hot again in the second half and took the lead out to as many as 25 points. Schreiner again found a way to fight back and pulled to within nine at 75-66 with 6:24 remaining. UMHB stretched it back out to 14 points and coasted home down the stretch for the win. The Cru shot 55 percent from the field in the second half and went 13-16 from the free-throw line.

Moore had a huge night for UMHB, pouring in a career-high 42 points and grabbing a game-high 11 rebounds. Byrale Carter has 12 points and 10 boards and Casey Armour, Logan Hicks and Devyn Brewton added ten points apiece. The Cru out rebounded Schreiner 49-40 on the night and forced 24 turnovers. UMHB shot 47 percent as a team.

Aries Frederick led the Mountaineers with 17 points and Paul Wells added 15 and a team-best eight rebounds. Chase Pinter had 14 points and Cameron Davis scored 12. Schreiner shot 38 percent from the field as a team and went 8-26 from three-point range.

The Cru will now hit the road to play three games in three days this weekend. UMHB will play two games at the Guilford College Invitational on Friday and Saturday. The Cru will then take on Averett University on Sunday.