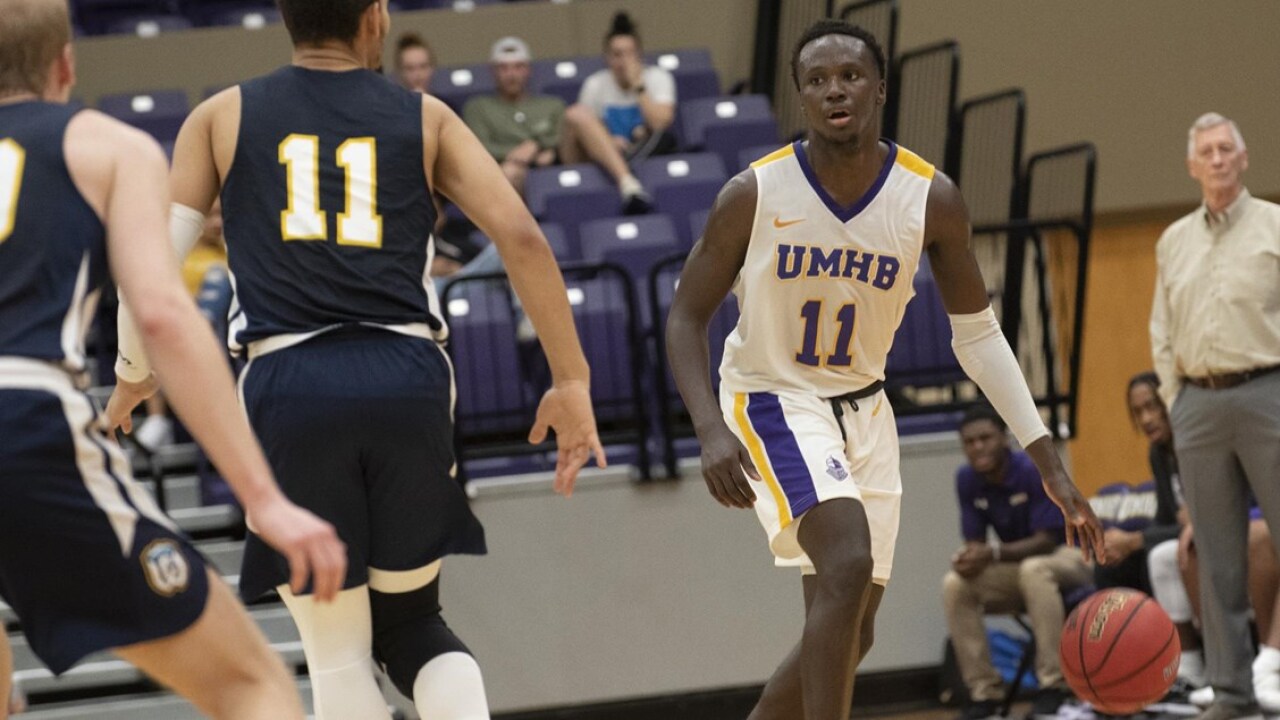 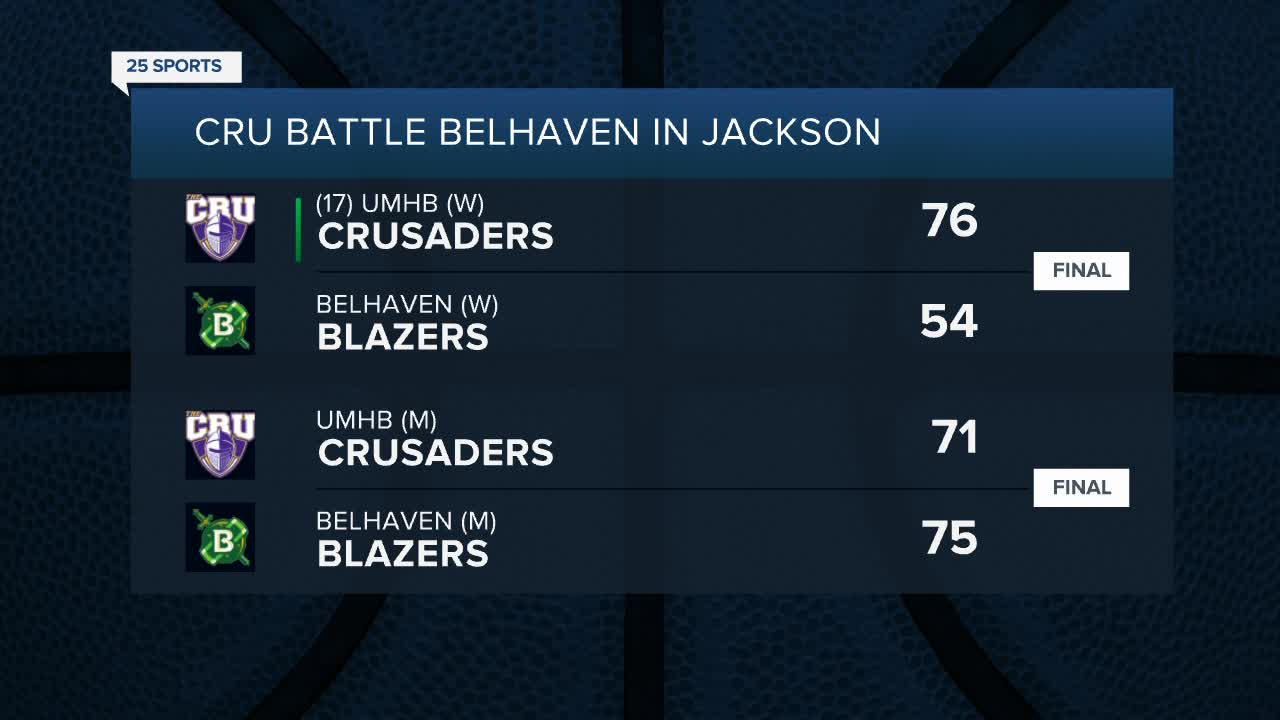 JACKSON, Miss. — The University of Mary Hardin-Baylor men’s basketball team mounted a furious comeback in the final minutes, but the rally fell just short in a 75-71 loss to Belhaven University Thursday night in Mississippi. The Cru drops to 10-3 overall and 2-2 in American Southwest Conference play with its second straight loss. The Blazers improve to 5-7 overall and 2-1 in the ASC with the victory.

Belhaven led 53-44 with 12:41 left to play, but UMHB fought back to cut it to 57-56 three minutes later. The Blazers scored the next seven points to push it back to an eight-point advantage. The Cru battled back to within three points on two occasions before Belhaven retook a nine-point lead with 2:54 remaining. Kendal Little hit a three-pointer and Logan Hicks added five straight points following a Blazer free-throw to cut it to 73-71 with 30 seconds left. Belhaven was able to get Brosnan Cooks loose for a lay-up with 11.6 seconds to go and UMHB could not answer. The Blazers opened the game with a 13-2 spurt before the Cru fought back to cut it to 34-29 at halftime.

Sam Moore led UMHB with 20 points on the night. Salomon Smith had 11 points and a team-best eight rebounds and Devyn Brewton also scored 11 points. Hicks and Aedan Welch had nine points apiece. The Cru shot 41 percent from the field and went just 7-25 from beyond the arc. UMHB turned the ball over 23 times and was 8-14 from the free-throw line. The Cru did out rebound the Blazers 39-35 in the game.

Cooks led a balanced scoring effort for the Blazers with 15 points and he added nine rebounds. Justin Jones scored 14 points, Joshua Roberts had 12 and Luke Couch also reached double figures with 11 points. Belhaven shot 39 percent from the field and hit 11-31 from three-point range. The Blazers were also 14-18 from the stripe in the contest.

The Cru will close out the road trip with another ASC game on Saturday. UMHB will take on Louisiana College in a 3 pm start.