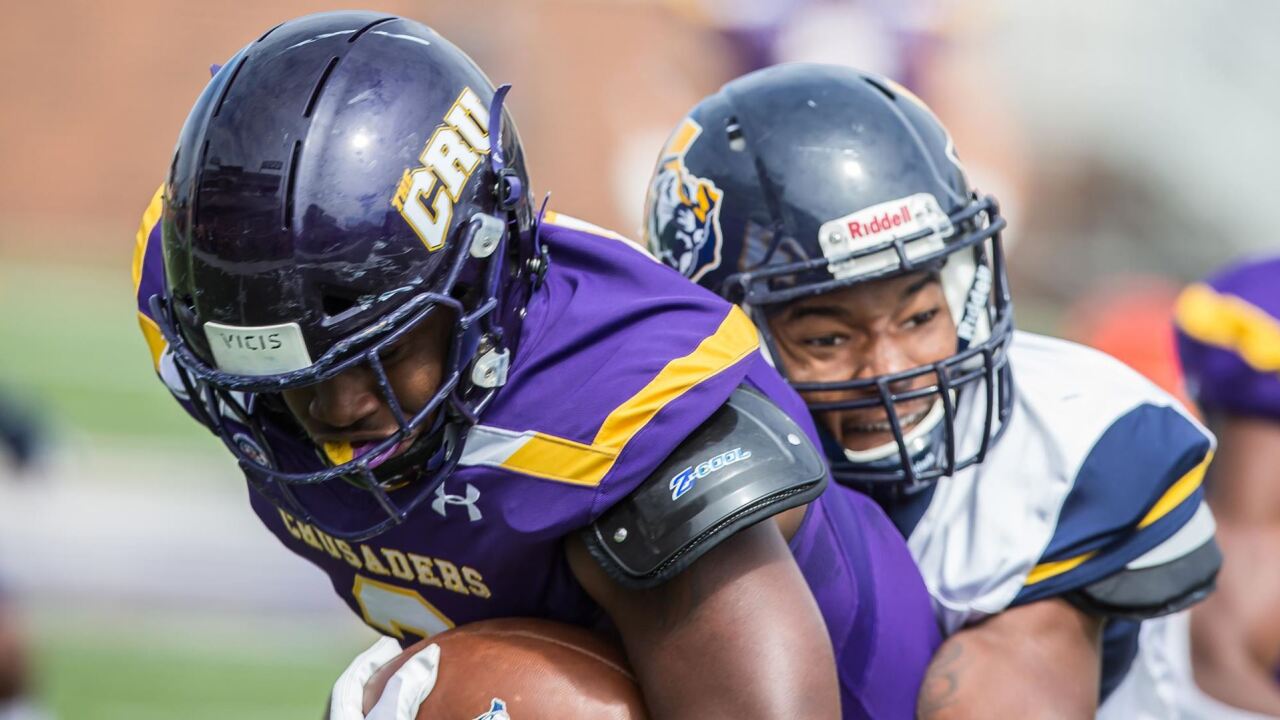 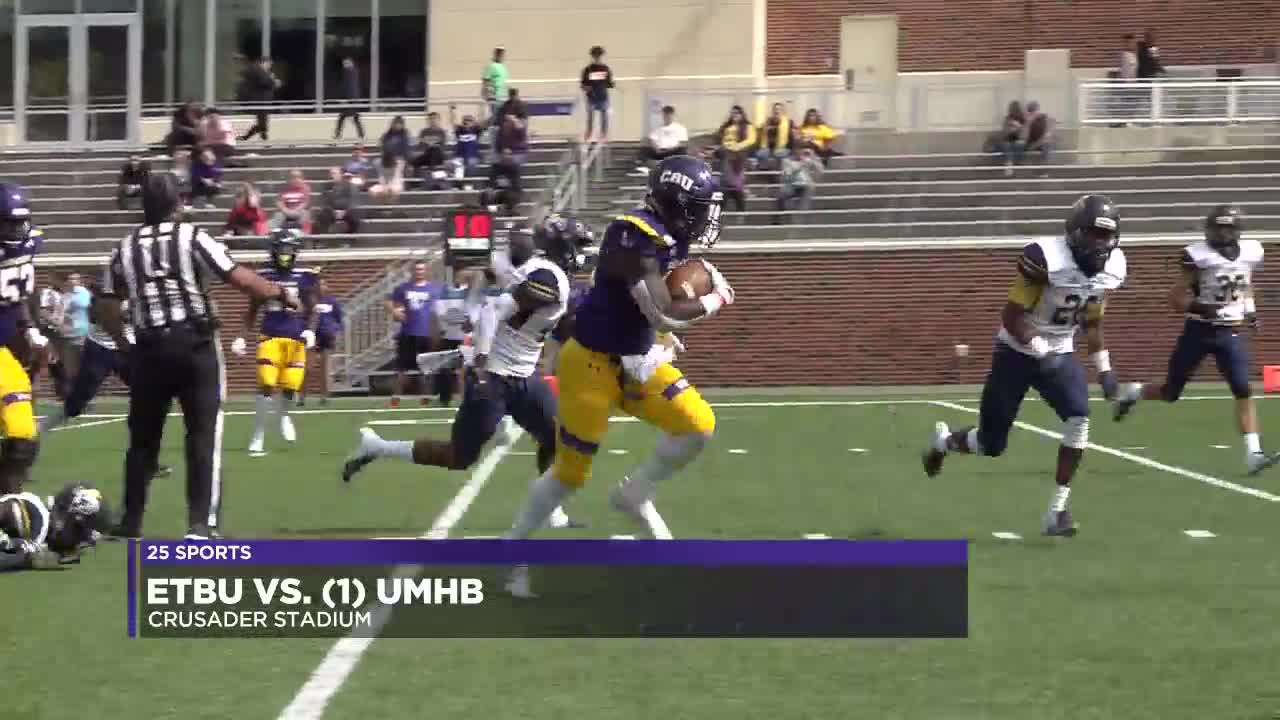 BELTON, Texas — The University of Mary Hardin-Baylor football team overcame a week of distractions and an early deficit to roll over East Texas Baptist 50-14 Saturday in Belton. The top-ranked Cru improves to 5-0 overall and 4-0 in American Southwest Conference play with the victory. The loss drops the Tigers to 2-3 overall and 2-2 in ASC play.

UMHB drove into ETBU territory on the opening drive before Jase Hammack was hit on a pass attempt. Anton Clark intercepted the pass for the Tigers and returned it to the Cru 20-yard line. Jeremiah Robertson scored on a four-yard run six plays later to give ETBU a 7-0 lead and hand UMHB its first deficit of the season. The Cru answered with a 64-yard scoring drive, capped by Hammack’s 25-yard touchdown strike to Gary Ruckman to tie it up at 7-7. Akeem Jackson’s interception set up a short field for UMHB and Jo’Vel McDaniel scored on a 19-yard run on the next play to give the Cru a 14-7 lead. A bad snap on an ETBU punt attempt sailed out of the back of the end zone to stretch the UMHB lead to 16-7. Hammack found Jonel Reed with a 33-yard scoring strike four plays after the free kick to make it 23-7 Cru. Brian Baca threw a 28-yard touchdown pass to Jalen Blanton to cut it to 23-14 with 3:14 left in the first half. Anthony Avila drilled a career-long 52-yard field goal with 42 seconds left to push the UMHB lead to 26-14 at halftime.

Jackson forced an ETBU fumble on the opening possession of the second half and Robert McGrue scored on a one-yard run to stretch it to 33-14 and Avila tacked on a 41-yard field goal to make it 36-14 at the end of the third quarter. UMHB’s defense and special teams took over in the final period. Jackson intercepted a Baca pass and returned it 73 yards for a touchdown to make it 43-14 and Tavion Page added a 79-yard punt return for a score to stretch it to the final margin. ETBU threatened one more time, but the Cru defense forced another turnover. UMHB only had three offensive possessions in the second half.

McGrue ran for a career-high 143 yards and a touchdown on 17 carries. McDaniel added 54 yards and a score on six attempts. Reed caught four passes for 98 yards and a score and Hammack was 6-15 passing for 109 yards and two scores. Jackson had 10 tackles, two interceptions and a forced fumble to lead the UMHB defense.

Baca was 24-38 passing for ETBU for 311 yards and a score. Robertson had 20 yards rushing on 13 carries and caught six passes for 72 yards. Clark had seven tackles and an interception to lead the Tigers defense.

The Cru will return to action with just its second road game of the season next Saturday. UMHB will travel to Georgetown to take on Southwestern University (3-2, 2-2 ASC) in a 1 pm kickoff at Birkelbach Stadium.