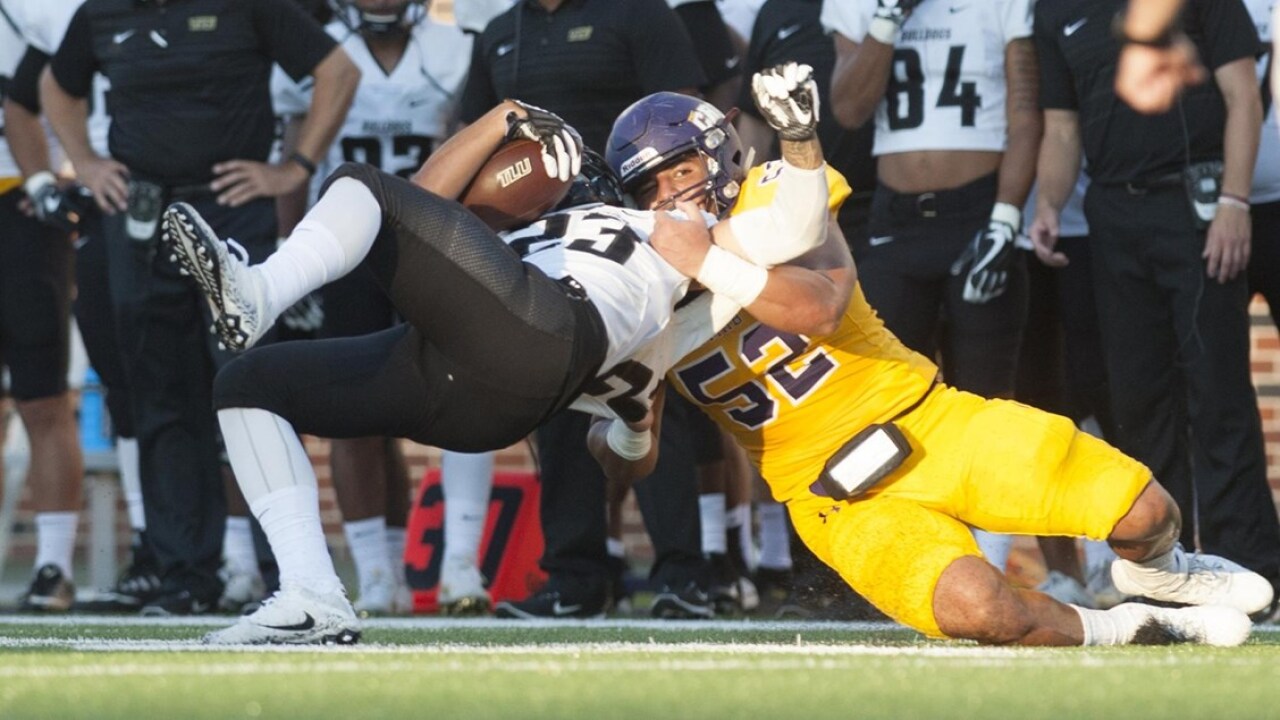 BELTON, Texas — University of Mary Hardin-Baylor football player Elijah Cross has been named American Southwest Conference Co-Defensive Player of the Week for this week. Cross was honored for his performance in the Cru’s 82-0 victory over Louisiana College on Saturday.

Cross, a senior defensive tackle from Sonora High School, recorded six total tackles, four of them solo stops in UMHB’s win. He had 3.5 tackles for loss, a sack and forced a fumble. Cross led a Cru defense that forced seven total turnovers, held LC to 151 yards of total offense and posted its third shutout of the season. He shares this week’s honor with ETBU defensive back K.J. Kelley.

The Cru is 8-0 overall and 7-0 in ASC play following the win over the Wildcats. UMHB will host Texas Lutheran University (7-1, 7-0 ASC) for a 1 pm kickoff at Crusader Stadium this Saturday. The winner of that game will clinch the ASC’s automatic bid to the NCAA Division III National Championships and at least a share of the ASC title.