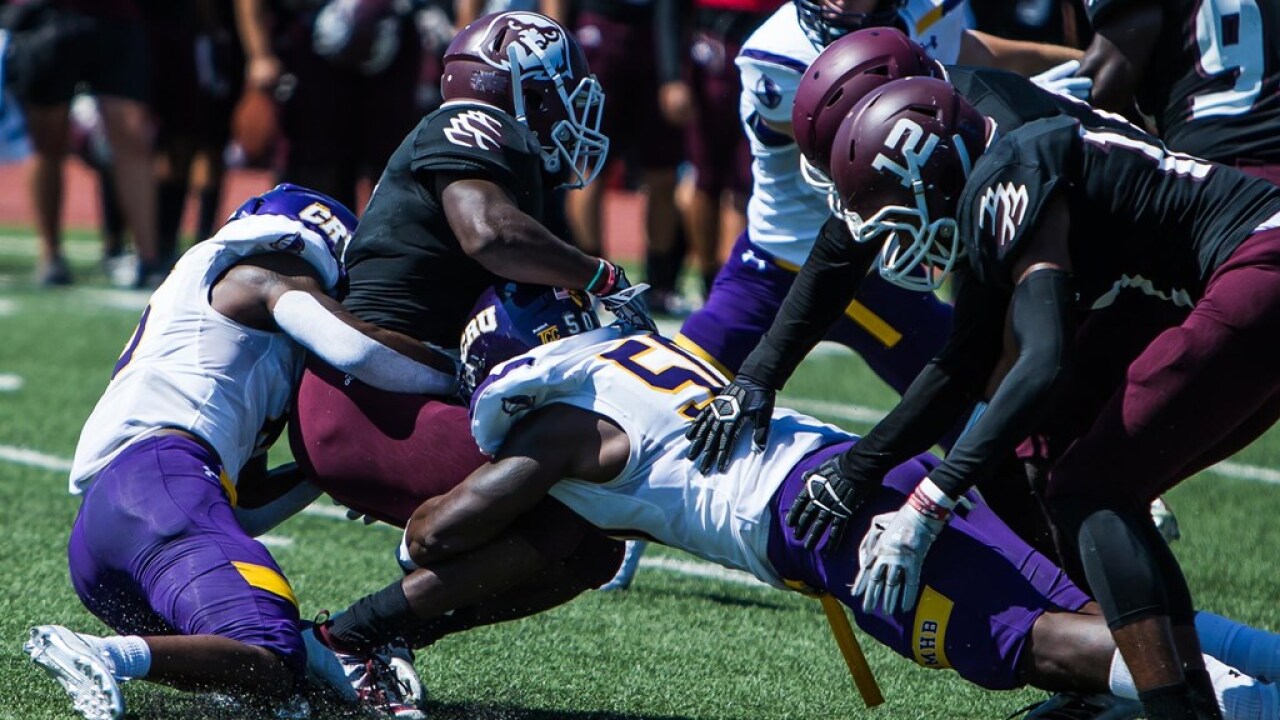 BELTON, Texas — The University of Mary Hardin-Baylor football team will enter the postseason ranked first and second in the country in the two major NCAA Division III Top 25 Polls. UMHB closed out the regular season with a 77-14 victory over Sul Ross State last Saturday as the Cru clinched its 17th American Southwest Conference championship.

The Cru is ranked #1 in the country in the final American Football Coaches Association Top 25 Poll of the 2019 regular season. The Cru received 38 first-place votes and 1,310 total points from the AFCA. Mount Union is again ranked second after receiving 15 first-place votes and 1,287 total points. Wheaton (IL) is ranked third, Muhlenberg (PA) is fourth and North Central (IL) rounds out the top five. UMHB’s first round playoff opponent, University of Redlands, is ranked 22nd by the AFCA. Hardin-Simmons is ranked 12th and Texas Lutheran received votes worth 33 points to give the ASC three teams receiving mention in that poll.

“I think we did some things really well on Saturday, but we have some things to work on going forward,” Cru Head Coach Pete Fredenburg said. “Our players need to understand that we need to make at a much higher level now that we are in the postseason. We have great respect for Redlands and know that we have a tremendous challenge ahead of us. We are happy to have a game this Saturday and we want to keep having games on Saturday.”

The Cru will open the 2019 NCAA Division III National Championships with a 12 pm home game against Redlands this Saturday. The Bulldogs are 9-1 overall and went 6-1 in the Southern California Intercollegiate Athletic Conference. The two teams will be meeting in the playoffs for the fourth time and are facing each other for the sixth time overall.