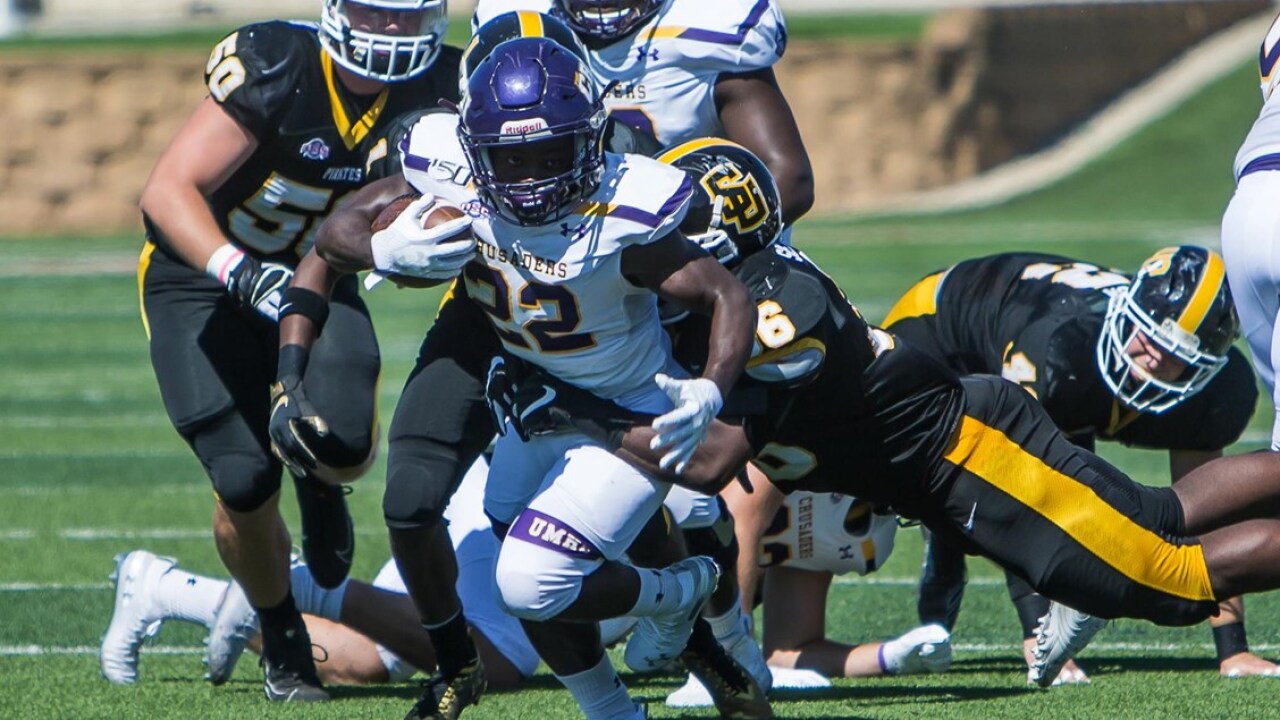 BELTON, TEXAS — The University of Mary Hardin-Baylor football team holds down the #1 spot in the country in the two major NCAA Division III Top 25 Polls for the fifth consecutive week this week. The Cru (6-0, 5-0 American Southwest Conference) is coming off a 33-3 victory over Southwestern University last Saturday in Georgetown.

The Cru held on to the #1 ranking in the country in the American Football Coaches Association Top 25 Poll again this week. The Cru received 43 first-place votes and 1,288 total points from the AFCA. Mount Union is once again ranked second with 10 first-place votes and 1,258 total points. Wisconsin-Whitewater, Saint. John’s (MN) and Wheaton (Ill.) round out the top five in that poll. Hardin-Simmons University moved up three spots to #14 in the AFCA poll with 625 points. Texas Lutheran received votes worth 49 points to give the ASC three programs receiving mention in this week’s poll. UMHB will host HSU this Saturday and welcome TLU to Crusader Stadium on November 9th.

“I really wanted us to walk off the field Saturday feeling confident in the way we played,” Cru Head Coach Pete Fredenburg said. “I think we did that defensively, but we have to get everything working well because it is a really big game this week against a really good opponent.”

UMHB also held on to the top spot in this week’s D3football.com Top 25 Poll. The Cru took 17 first-place votes and 613 total points. Mount Union is #2 in that ranking with eight first-place votes and 606 total points. Wisconsin-Whitewater is ranked third, Saint John’s is fourth and Wheaton (Ill.) rounds out the top five in that poll. Hardin-Simmons moved up two spots to #15 in the D3football.com poll this week and Texas Lutheran sits just outside the top 25 with votes worth 63 points.

The Cru will host Hardin-Simmons for a 1 pm kickoff at Crusader Stadium this Saturday. The winner of the UMHB-HSU game has gone on to win at least a share of the ASC championship every season since the rivalry started in 1998.