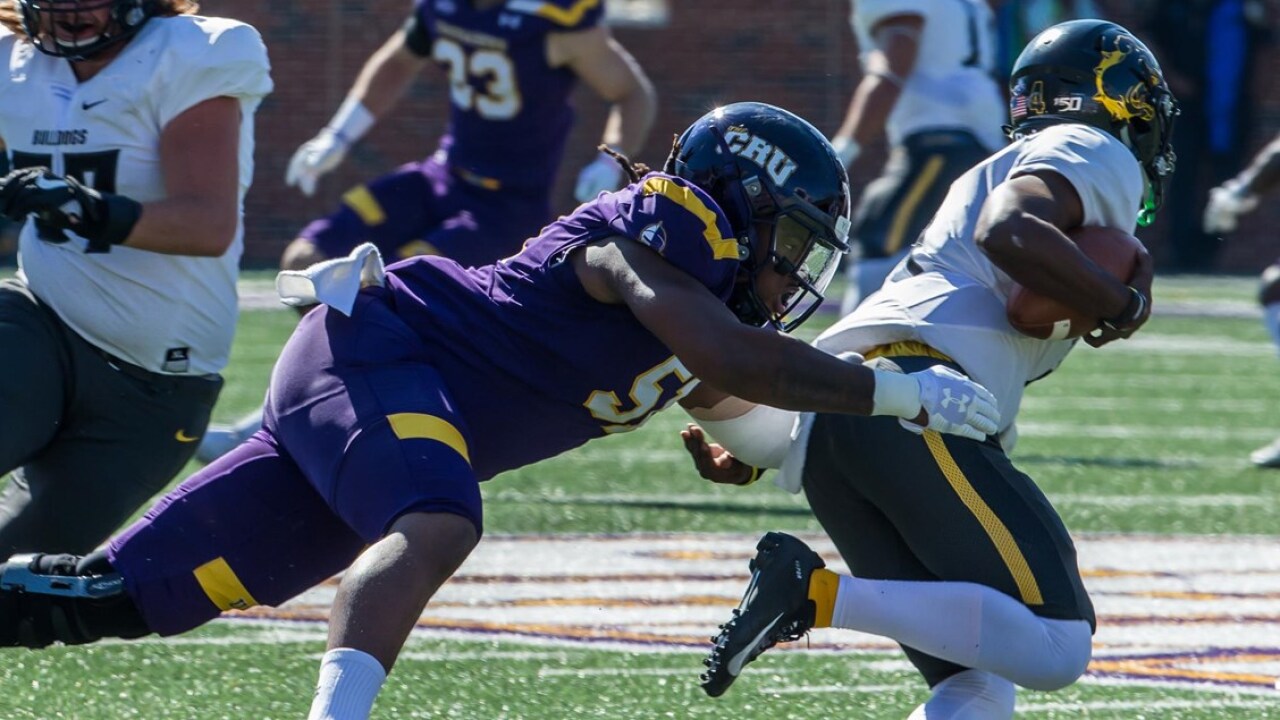 BELTON, Texas — The University of Mary Hardin-Baylor football team is again ranked first and second in the country in the two major NCAA Division III Top 25 Polls this week. The Cru (9-0, 8-0 American Southwest Conference) is coming off a 41-3 win over Texas Lutheran last Saturday. That victory clinched a postseason berth and at least a share of the ASC title for UMHB.

The Cru is again ranked #1 in the country in the eighth American Football Coaches Association Top 25 Poll of the 2019 season. The Cru received 37 first-place votes and 1,282 total points from the AFCA. Mount Union held on to the #2 spot with 15 first-place votes and 1,262 total points. Wisconsin-Whitewater is ranked third, Wheaton (Ill.) is #4 and Muhlenberg (PA) rounds out the top five. UMHB’s ASC rival Hardin-Simmons University moved up one spot #13 with 621 total points. Texas Lutheran University totaled votes worth 17 points to give the ASC three programs receiving mention in this week’s poll.

“I think we are in a pretty good place as a team right now and it was good to get a win on Saturday,” Cru Head Coach Pete Fredenburg said. “We can’t ever be satisfied and I think our players and coaches have done a good job of understanding that. We have to continue to focus on getting better each week, no matter who we might be playing.”

UMHB also held on to the #2 spot in this week’s D3football.com Top 25 Poll. The Cru took ten first-place votes and 604 total points. Mount Union claimed 15 first-place votes and 614 total points for the top spot. D3football.com has Wisconsin-Whitewater at #3, Wheaton ranked fourth and Muhlenberg ranked fifth. Hardin-Simmons comes in at #15 in that ranking and Texas Lutheran dropped out of the Top 25, but is still receiving votes worth 16 points.

The Cru will close out the regular season with a noon road game against Sul Ross State University (3-6, 3-5 ASC) this Saturday in Alpine. UMHB can clinch an outright ASC Championship with a victory over the Lobos.