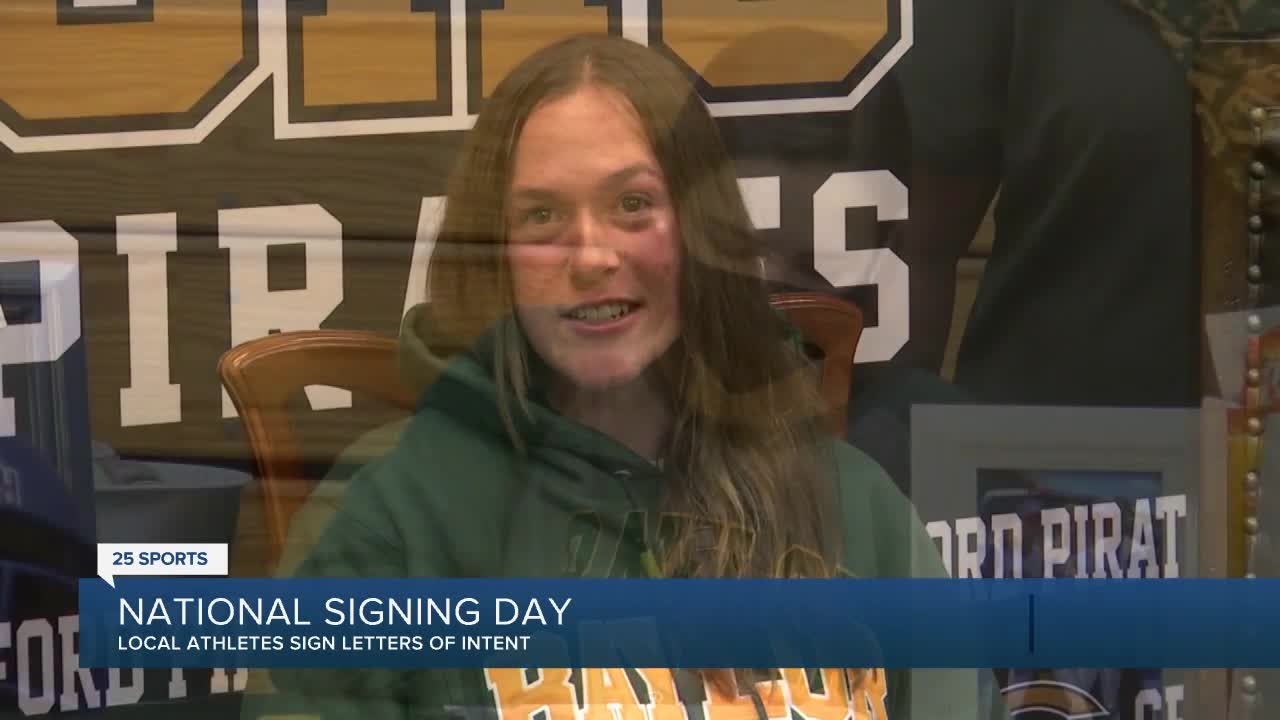 Wednesday across the United States, student-athletes from all sports except football took part in National Signing Day for the early period. Here in Central Texas, we had some stand out softball players putting pen to paper.

Baylor Softball added seven student-athletes for the 2021 season, and four of them were from right here in Central Texas.

“Me and Grace workout together everyday, and so we’re just super excited for each other, and we’re going to be roommates. It’s just so nice knowing her already,” said Baylor Softball commit Emry McDonough.

“I can't wait to, like, look back and see my family watching me. It's going to be amazing,” replied Baylor Softball commit Grace Powell.

From Crawford, Powell helped lead her team to a state title last season as catcher for the Lady Pirates. Now Powell hopes to continue that success with the Lady Bears in 2021.

“It’s extremely exciting. I love seeing all of my people here to watch me and support me, and I can't wait to play next year,” she said.

“Sometimes it just feels unreal, but just having everyone here is just such a great feeling to know they all are supporting me and are going to keep supporting me, and that’s just amazing,” said McDonough.

Also signing today from Bosqueville was Reece Briggs. Briggs is headed to Kansas to play softball for Butler Community College. Briggs will be joining a dominant program that was named NJCAA champions in 2016 and 2017.

“I’m excited to play my first game. Stepping on the field and just really being like, "Wow. I did that. Like I am here playing college softball,"”she said.

These were just a few of the talented athletes who signed national letters of intent today. The next signing day will be on December 16, which begins the early period for football.