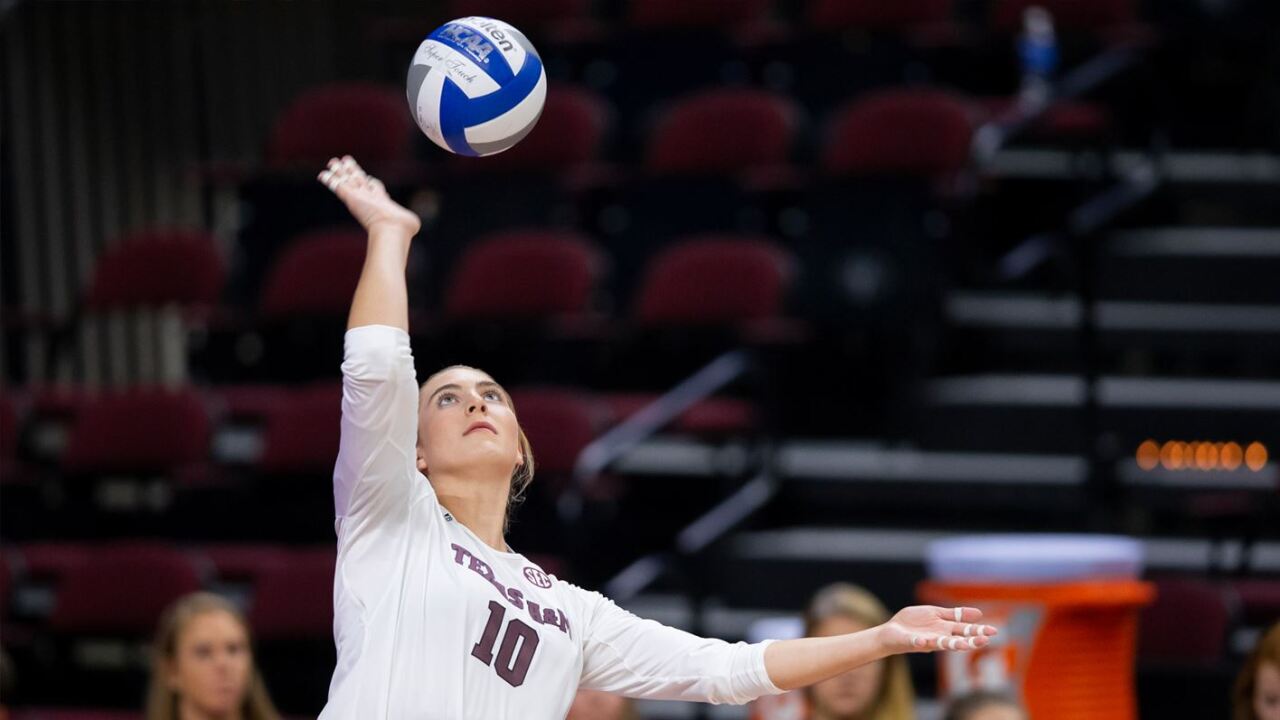 The junior from Phoenix, Ariz., finished the week with 28 kills and 22 blocks helping A&M to a 3-0 record to win the Texas A&M Invitational.

Patterson began the week just shy of a double-double after finishing with nine kills, a .368 hitting percentage and a career-high nine blocks in A&M’s 3-0 win over Texas State Thursday.

She continued to stay dominant in the Aggies sweep over Northwestern State after posting a .429 hitting percentage on seven kills and blocked six attacks. To conclude the tournament, Patterson tied her season-high 12 kills with a .391 mark and seven blocks in the Aggies 3-1 win over UTRGV. The middle blocker also finished the week with three aces, three assists and six digs.

It is Patterson’s first career SEC weekly honor and the first for an Aggie this season.

Patterson and the Aggies return to action on Tuesday when they host Oklahoma at 6:30 p.m. in Reed Arena.

Visit 12thMan.com [12thman.com] for more information on Texas A&M volleyball. Fans can keep up to date with the A&M volleyball team on Facebook and on Twitter by following @AggieVolleyball.