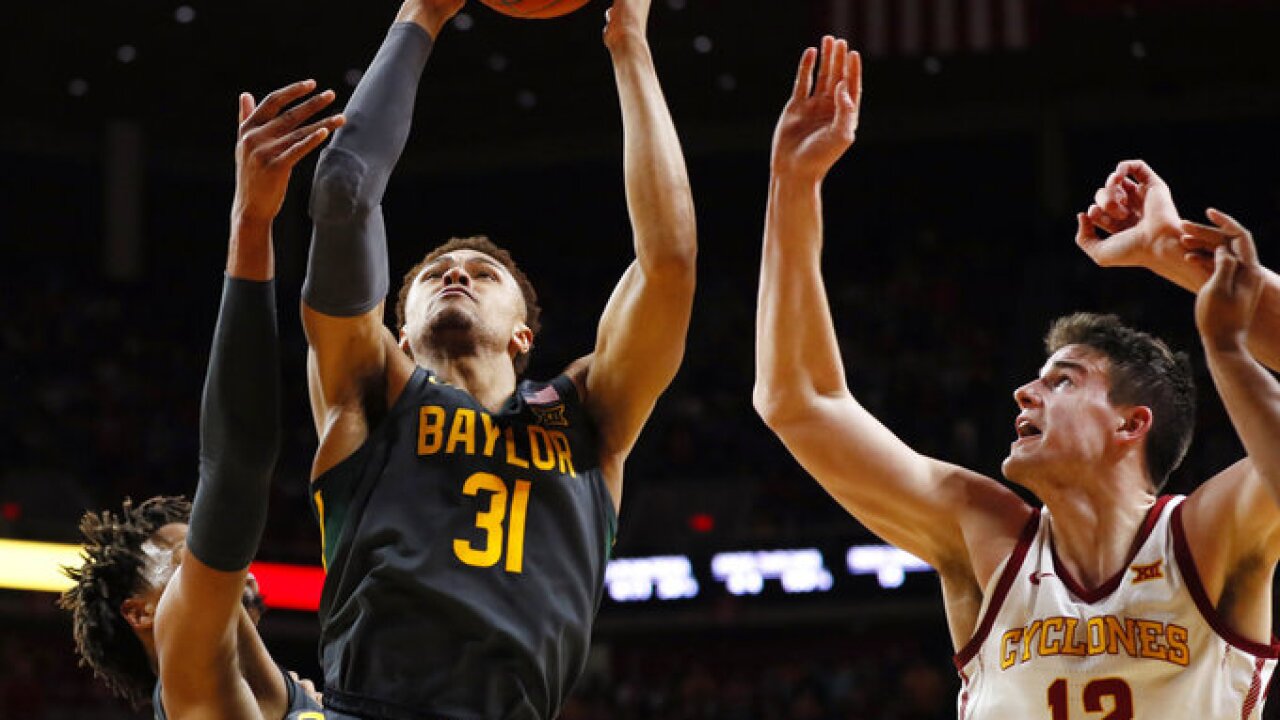 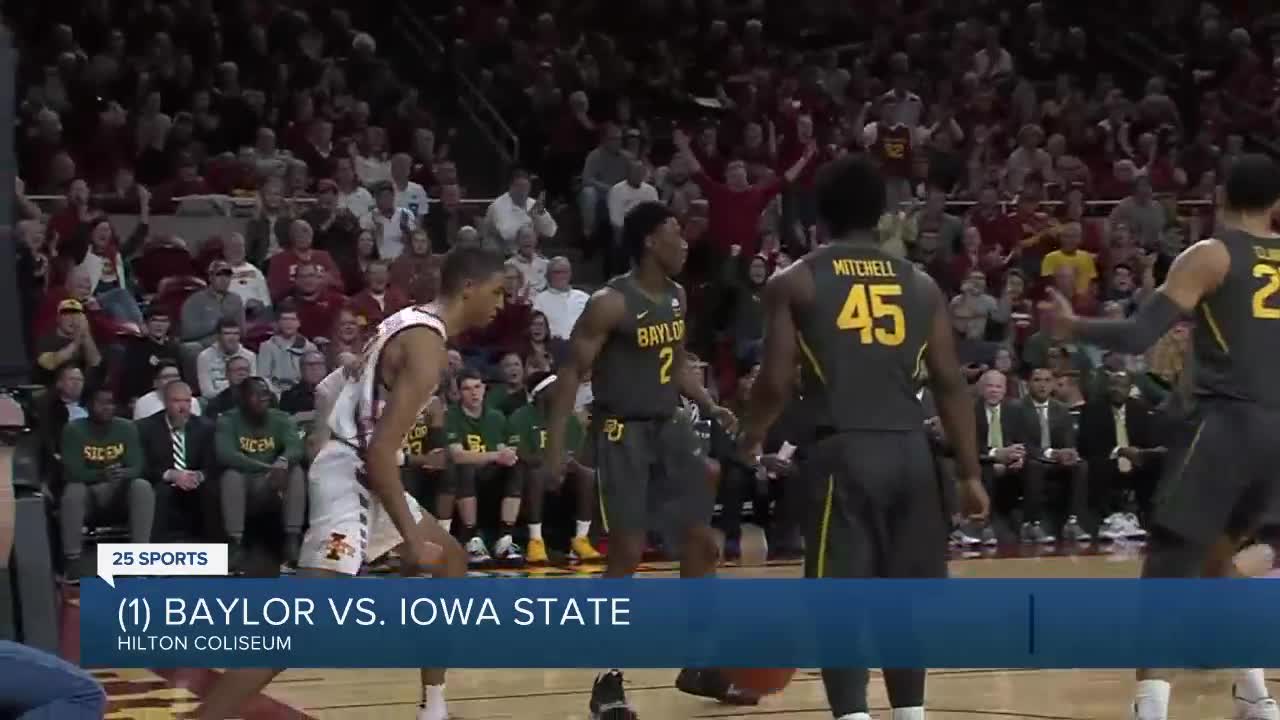 The Bears (17-1, 7-0 Big 12) used a 17-2 run midway through the second half to turn a five-point lead into a 59-41 edge with 7:43 left. Devonte Bandoo scored seven of his 12 points off the bench during the spurt, which came after Iowa State coach Steve Prohm was assessed a technical foul.

Iowa State shot 36% from the field and lost to the Bears at Hilton Coliseum for the fourth time in their past six meetings.

The Bears forced 16 turnovers and are 7-0 to begin conference play for the first time since the 1958 team started 10-0 in the Southwest Conference.

Baylor: The Bears established themselves on the glass early and outrebounded Iowa State 39-28 — including 14-8 on the offensive boards. They also outscored Iowa State 44-22 in the paint and routinely beat the Cyclones for 50-50 balls while allowing just two fast break points.

Iowa State: The Cyclones stayed in the game in the first half behind four 3-pointers from Rasir Bolton and a 6-0 personal run from Tyrese Haliburton. But Iowa State struggled to take care of the ball. Bolton and Haliburton had five turnovers apiece.

Iowa State: At Texas on Saturday.