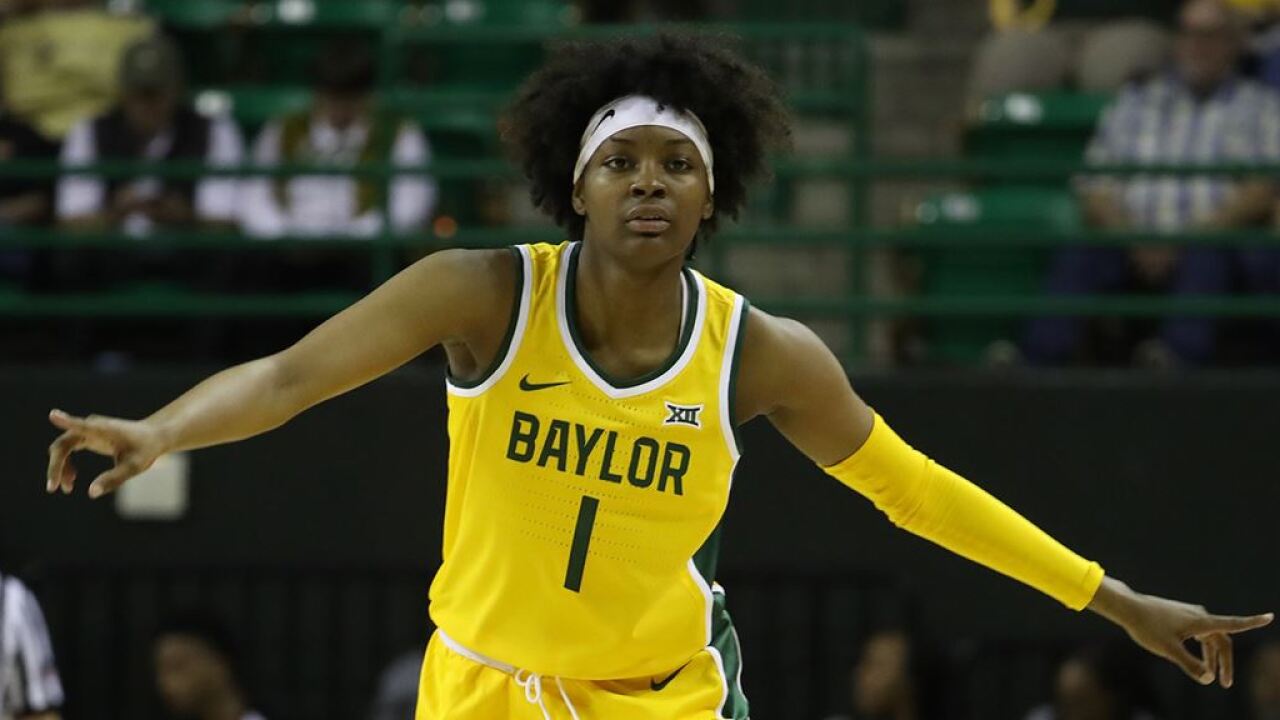 Smith and the Lady Bears (2-0) defeated New Hampshire and Grambling State to begin the 2019-20 campaign last week, and the sophomore Converse, Texas native averaged 21 points and 13.5 rebounds per contest while shooting 75 percent from the floor.

She updated her career double-doubles mark to five with No. 4 and No. 5, and she accomplished those numbers in just 41 minutes combined. Her per-40 minutes stats averaged an astounding 41.0 points and 26.3 rebounds per game.

Kersgieter, along with co-Player of the Week honors, was named Freshman of the Week after averaging 16.0 points, 8.6 rebounds, and she shot 55.0 percent from the floor in a 2-0 week for the Jayhawks.

Smith was a preseason All-Big 12 selection, and last season she was the Big 12 co-Freshman of the Week Nov. 12.