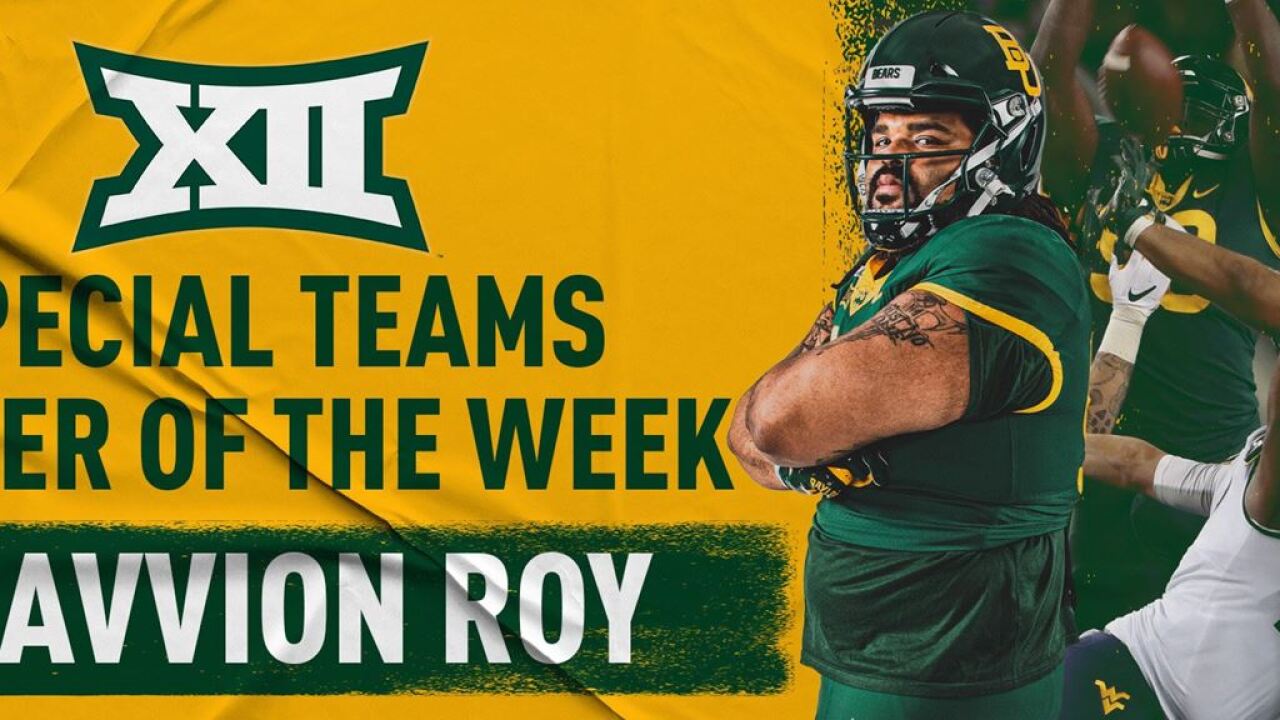 Roy came up big on special teams, blocking West Virginia's 48-yard field goal attempt with 3:33 left in the fourth quarter that would have tied the game at 17-17. The block was the first of the year for Roy and the second of his career. The Bears went on to win the game, 17-14, to remain undefeated at 8-0 on the season.

Roy also added 2 tackles, including 1.0 TFL in the Halloween victory over West Virginia.

This is the first weekly honor of Roy's career.

The Bears have now won four Big 12 Special Teams Player of the Week honors this season, the most in program history as Grayland Arnold [baylorbears.com] earned the honor on Sept. 9 in addition to John Mayers' [baylorbears.com] two honors. (Sept. 30, Oct. 14).

Overall, the Bears have won seven weekly conference honors in 2019, the most since also having seven in 2011.