Rhule: 'I've not been contacted by anybody.' 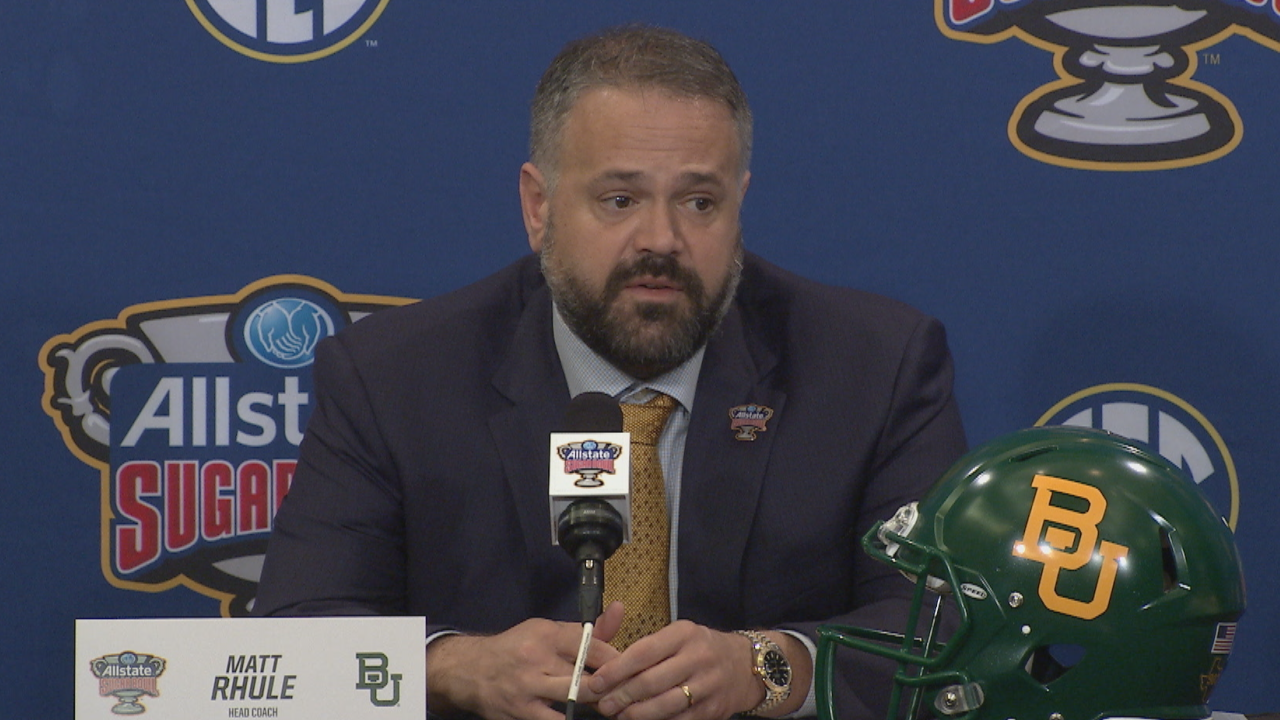 "I've not been contacted by anybody," Rhule said. "But it's certainly a distraction in that our guys are answering that instead of talking about the game, which I hate."

He served as an assistant on the Giants' staff in 2012 before becoming the Head Coach at Temple University.

In three seasons at Baylor, Rhule has a 19-19 record. In his first season with the Bears, Rhule went 1-11. Two years later, he finished the regular season 11-1. Still, he says he has unfinished work ahead of him.

"There's a lot to accomplish at Baylor," Rhule said. "And most importantly, it's just each and every year, I want to put together a championship‑caliber team. And I think we have a chance to be even better next year than we are this year.

"And so I'm always looking three, four, five years down the line. I think we have a chance to be a perennial national contender, to be in the top 10 and be in the top five and go to College Football Playoff and play in New Year's Six bowls.

According to a tweet from ESPN's Adam Schefter, Rhule "declined a chance to interview for the Cleveland Browns head coaching job."

Rhule and the Bears play in the Sugar Bowl tomorrow night against Georgia. Kickoff is at 7:45 p.m.