'Respect over anything': Texas A&M's Gary Blair reflects on relationship with Kim Mulkey 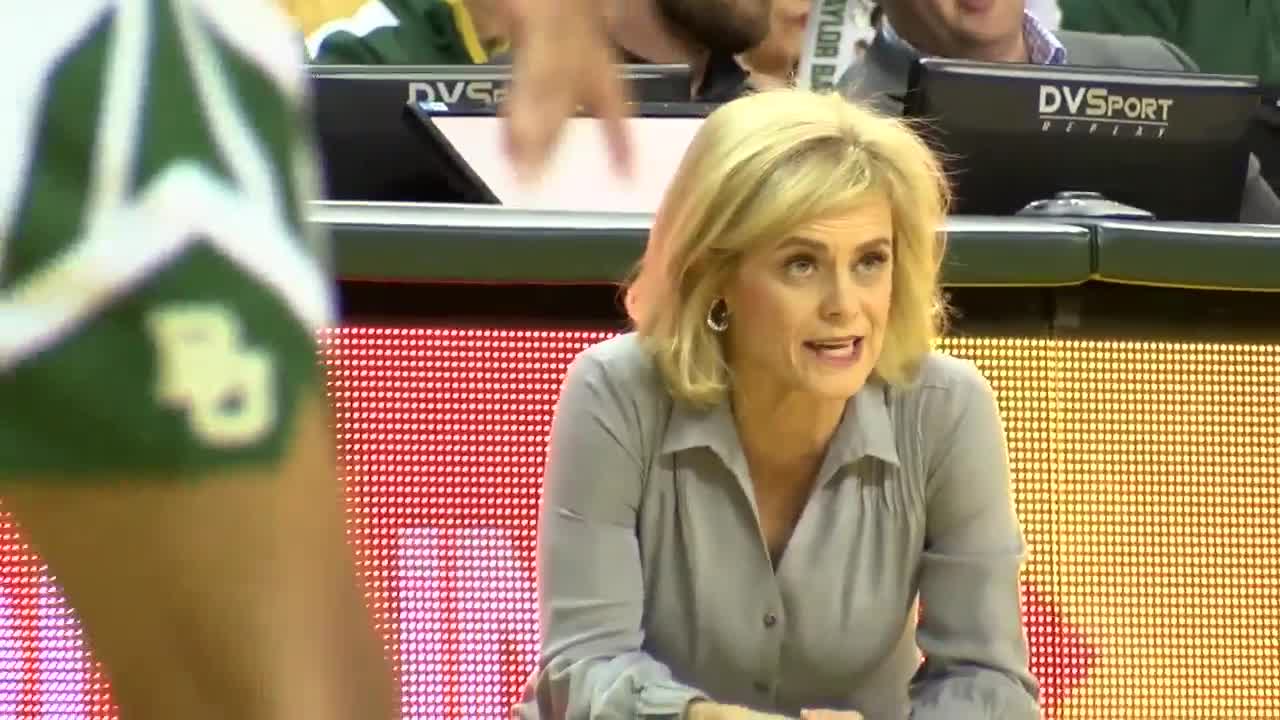 As Texas A&amp;M Women's Basketball Coach Gary Blair sat in his recliner, watching a replay of Cal Ripken Jr.'s historic 2,131st consecutive straight MLB start, his thoughts ran back to a historic match-up he was part of nearly 10 years ago.

COLLEGE STATION, Texas — As Texas A&M Women's Basketball Coach Gary Blair sat in his recliner, watching a replay of Cal Ripken Jr.'s historic 2,131st consecutive straight MLB start, his thoughts ran back to a historic match-up he was part of nearly 10 years ago.

Blair and the Aggies were looking for their first Final Four appearance in program history. Their opponent? Big 12 rival Baylor, led by Head Coach Kim Mulkey.

"We respect each other more than anything," Blair said. "We respect where we come from."

Blair and Mulkey's bond was formed long before they became rivals in the Big 12. In 1980, Blair coached Mulkey as a freshman at Louisiana Tech. He said the five-foot-four guard was one of the most competitive players he had ever met.

"It was just special to coach her," Blair said. "The intensity she had as a player carries over to how she coaches her teams now. You see it every day."

Together, Blair and Mulkey led the Lady Techsters to national titles in 1981 and 1982 under Head Coach Leon Barmore.

"I'm proud to say I was one of her coaches," Blair said.

When Blair left Louisiana Tech in 1985 to take the head coaching job at Stephen F. Austin, Mulkey filled his shoes as an assistant on Barmore's staff. While Blair was leading SFA to its first-ever Sweet 16 appearances, Mulkey was helping LA Tech win another national title in 1988.

The pair saw their paths converge again in 2003, when Blair took over a struggling Texas A&M program. He quickly established the Aggies as a competitor atop the conference and rival to Mulkey's emerging dynasty with the Lady Bears.

"Now I compete against her every day, whether in recruiting or the NCAA Tournament," Blair said. "I'm proud that over my last 15 years, we've made 15 straight NCAA appearances and a national championship, and she's outdone me!"

That rivalry hit a fever pitch in 2011. During the regular season, Baylor handed the Aggies two of their three conference losses. The Lady Bears doubled down by defeating Texas A&M a third time in the Big 12 Conference Tournament Championship game.

"By the time we played them in the [regional] finals, we knew they were the best team in the country," Blair said.

But, he said he never lets someone beat him four times.

With a spot in the Final Four on the line, the Aggies overcame the odds to beat the No. 1 ranked Lady Bears. Texas A&M would go on to win its only national title in program history.

"I know Kim says that probably should've been her championship, but she won it the next year," Blair said with a chuckle. "Somehow, someway, Baylor keeps getting there."

Looking back on that night in Dallas, Blair said he has a deep appreciation for the woman leading the opposite bench.

"I can't remember what she was wearing... probably leather," Blair joked. "But, she's just really good at what she does."

On April 4, Mulkey earned basketball's highest honor when she was named a member of the 2020 Naismith Memorial Basketball Hall of Fame class. Blair said as soon as he learned the news, he reached out to his former player and rival to congratulate her. He said she responded to his text within 20 minutes.

"With everything going on in her life, she was very complimentary of all the people that have helped her along the way," he said.

As he watched Ripken break Lou Gherig's record for most consecutive MLB games played, Blair said he was reminded of one of the things that makes Mulkey stand out- consistency.

"Staying at the top and competing to be the best every year, that's harder sometimes than winning the national championship," he said.

Mulkey has been incredibly consistent in the last decade. Her program has won 10 straight Big 12 Conference Titles and two national titles in that span.

But, despite the success he has seen from Mulkey's program, one thing Blair is quick to point out is her humility.

"Give Kim credit. She isn't one that wants to go out and bang her own drum. She lets her players do the talking for her and the results are mind-boggling," Blair said.

The Aggies and Lady Bears do not share a conference anymore. They have not met in the regular season since Texas A&M left to join the SEC in 2012. But, while they do not square off on the court, Blair said Mulkey continues to push him as a competitor off the court, and he hopes that relationship will continue for several more years.

"Neither one of us is going away," Blair said. We're just gonna keep getting better in some form or fashion."