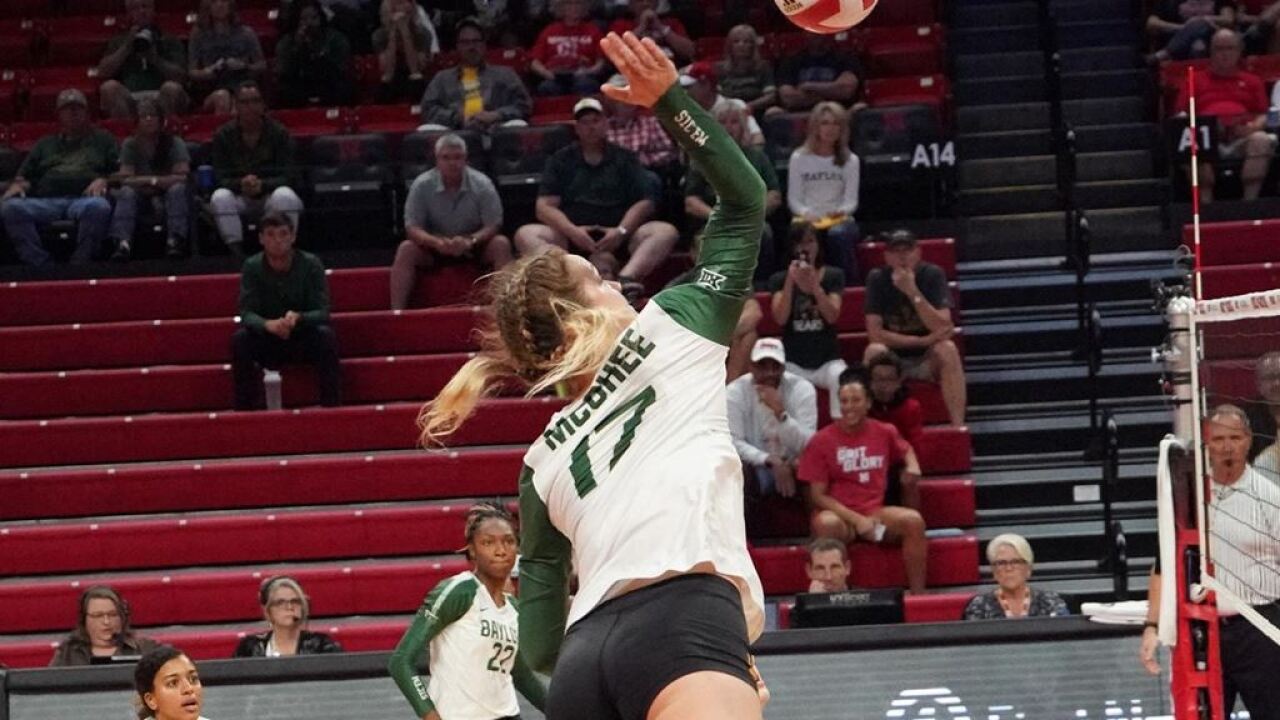 At the net, McGhee led the Big 12 in total blocks (14) and blocks per set (1.40) to help BU earn a top-five ranking in the newest AVCA poll. Compiling six blocks each against the Badgers and Golden Eagles, her efforts against Marquette allowed BU to compile a season-high 14 blocks and hold the 11th-ranked team in the country to a .148 hitting effort, including -.026 in the first set.

No. 5 Baylor returns home for the first time this season to host the Hampton Inn & Suites Waco North Baylor Invitational Thursday through Saturday. BU will face Houston Thursday at 7 p.m. CT, followed by a matchup against Tennessee Saturday at 1 p.m.

Saturday's match is "Pack the House" Night where all tickets are $1. Fans can purchase online at www.BaylorBears.com/tickets [baylorbears.com].