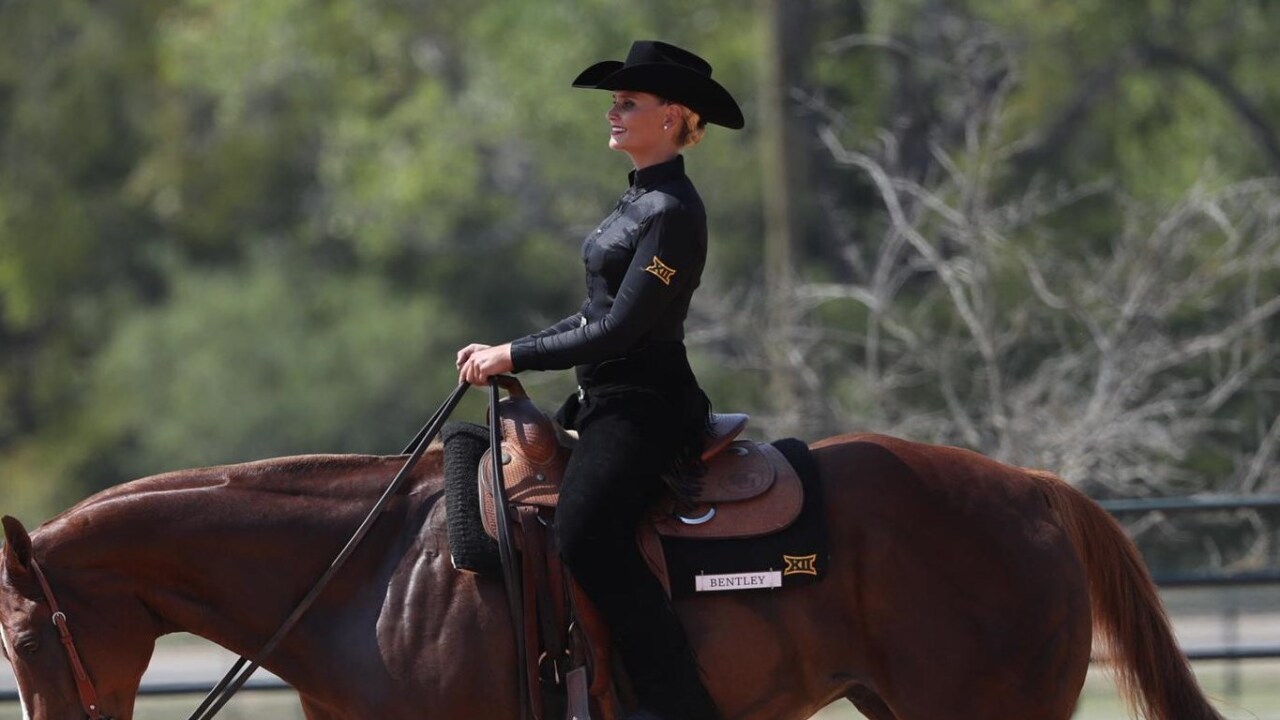 With Friday's first-half scores giving BU a 7-1 advantage heading into Saturday, the meet picked back up with fences, where BU claimed the discipline, 3-1. Caroline Fuller and Gia Gulino put the Bears on the scoreboard, with Maddie Vorhies' 87 on Grande secured the final jumping seat point for BU.

The competition concluded with horsemanship, where the Bears dominated and held the Aggies scoreless, 4-0. Katie Davis, Marley Mainwaring, Kacie Scharf and Gabrielle Marty each seized points for their individual matchups, bringing the total score to 14-2.

TOP QUOTE
Head coach Casie Maxwell
On the win…
"Obviously you're more comfortable at home. You're in your home arena, on your home horses, in your home environment with your whole team standing behind you, so it is easy to perform well at home, sometimes easier than being on the road. It's really nice for us to be able to come home and build that confidence, work on those small things that we made mistakes on when we were at SMU and even yesterday. Just to build on those performances today and lay down some solid rides and give some of our younger athletes a lot more experience."

STAT OF THE MEET
8 – the number of MOP honors by the Bears at the Willis Invitational.

WHAT’S NEXT
BU (2-1) will open conference action on Oct. 18 against No. 4 Oklahoma State at Totusek Arena in Stillwater, Okla.