No. 5 Baylor Volleyball moves to 6-0 after winning their home opener against Houston, 3-1 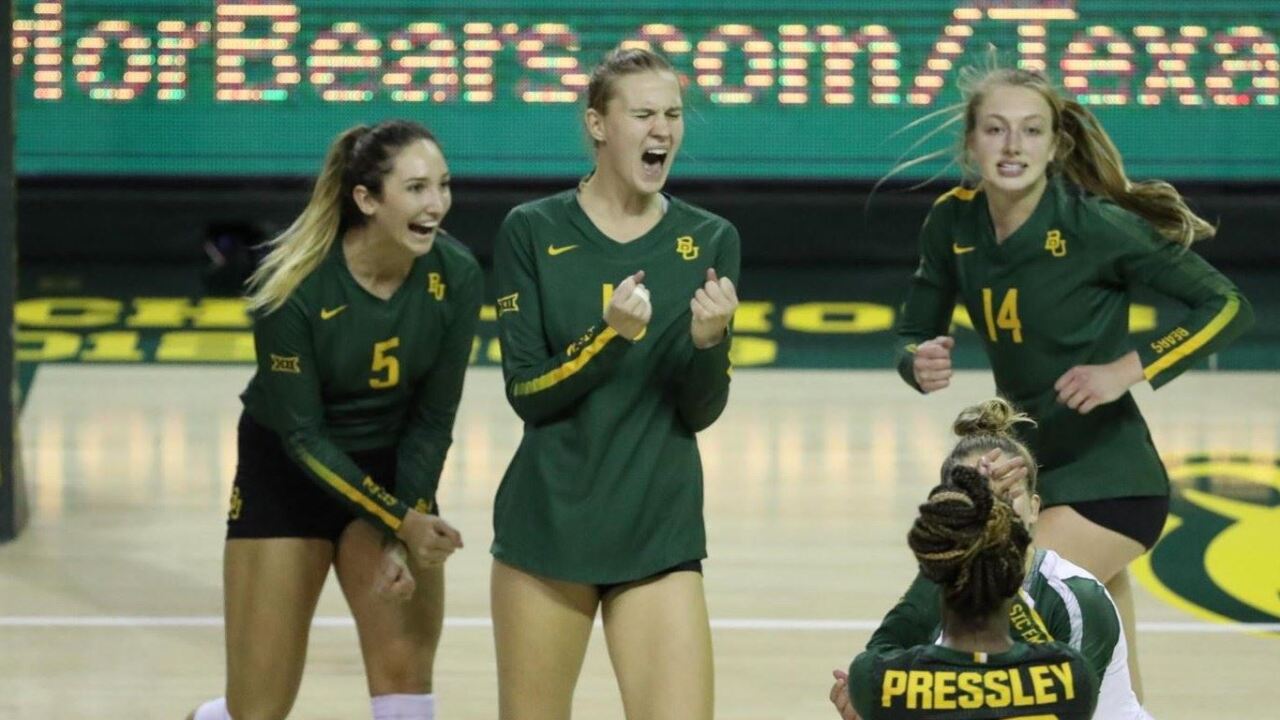 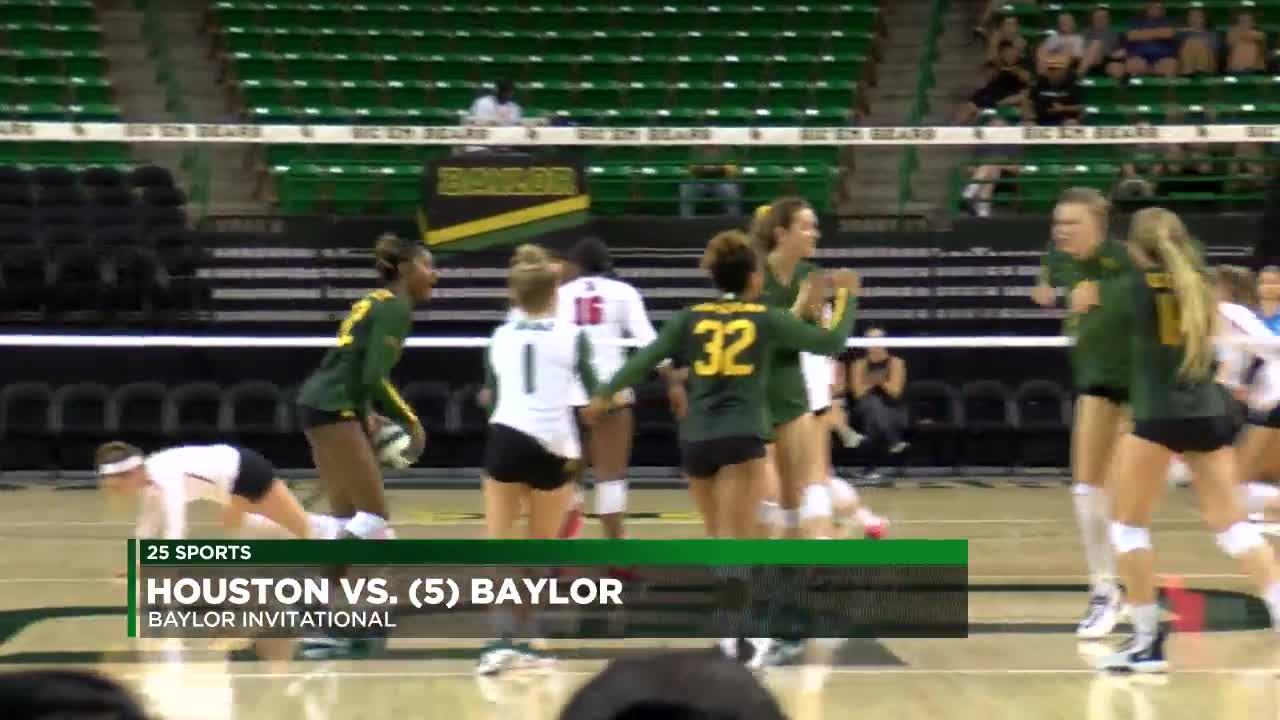 BU is now 6-0 for the first time under head coach Ryan McGuyre and first time since 2009. Yossiana Pressley paced the Bears with 24 kills on a .353 hitting efficiency and added 11 digs for her second double-double of the season and 14th of her career.

The Baylor offensive hit over .300 for the second consecutive match, posting a .307 clip and 61 kills and holding Houston to 43 kills on a .181 efficiency.

BU came out fast in the opening frame and used two kills from Gia Milana and Shelly Stafford to go up 12-4 and force the Cougar timeout. BU’s 17 kills closed out the set quickly with a 25-16 win.

Houston and Baylor battled it out to open set two, but the Bears would go on a 6-1 run to take a 15-10 lead at the media timeout. A BU attack error tied up the set at 23-23, but a Cougar service error and Pressley kill gave the Bears the 2-0 advantage with the 25-23 win.

The Bears created some space with a Braya Hunt ace for the 11-8 lead in set four. Stafford served up two aces for the 22-15 lead, and a Milana kill ended the set and match, 25-18.

HIGHLIGHTS
• BU improved to 6-35 all-time against Houston and won its fifth in a row against the Cougars.
• BU opens the season at 6-0 for the first time under McGuyre and for the first time since 2009.
• BU hit .307 for its second .300-or-better performance this season.
• Yossiana Pressley led all hitters with 24 kills on a .353 efficiency.
• Pressley added 11 digs for her second double-double of the season and 14th time in her career.
• Hannah Lockin posted a career-high seven kills on 12 attempts and collected 45 assists.
• Baylor is now 29-11 as a ranked team under McGuyre.
• Braya Hunt posted a career-high 24 digs against the Cougars, 10 more than her previous career best.
• Baylor improved to 3-2 in home openers and 26-3 in non-conference home matches under McGuyre.
• Kara McGhee led the Bears in blocks for the fourth time this season with six against the Cougars.

STAT OF THE MATCH
24 – the career-high dig mark set by Braya Hunt against Houston.

TOP QUOTE
Head coach Ryan McGuyre
On the win…
“I was very disappointed in our execution tonight. The hitting errors, the rhythm of our offense, the lack of blocking for us and the serving errors were costly for us. We played so good over the last two weeks, I think we got home emotionally and physically exhausted, and there’s a melancholy feeling sometimes when you have some of those incredible highs. We’ve got to be able to reverse that rhythm much better than we did tonight. I thought Yossi still played like a pro. When we needed kills, she was still able to get kills. This was one of those matches when we felt we could move the ball around a little more because we’ve seen great things out of all our hitters. But with them struggling, we probably should have set her every ball again tonight if we wanted to go a quick three.”

WHAT’S NEXT
BU (6-0) will close out the Hampton Inn & Suites Waco North Baylor Invitational by facing Tennessee Saturday afternoon at 1 p.m. CT. Saturday’s matchup is “Pack the House” Night with all tickets priced at $1.