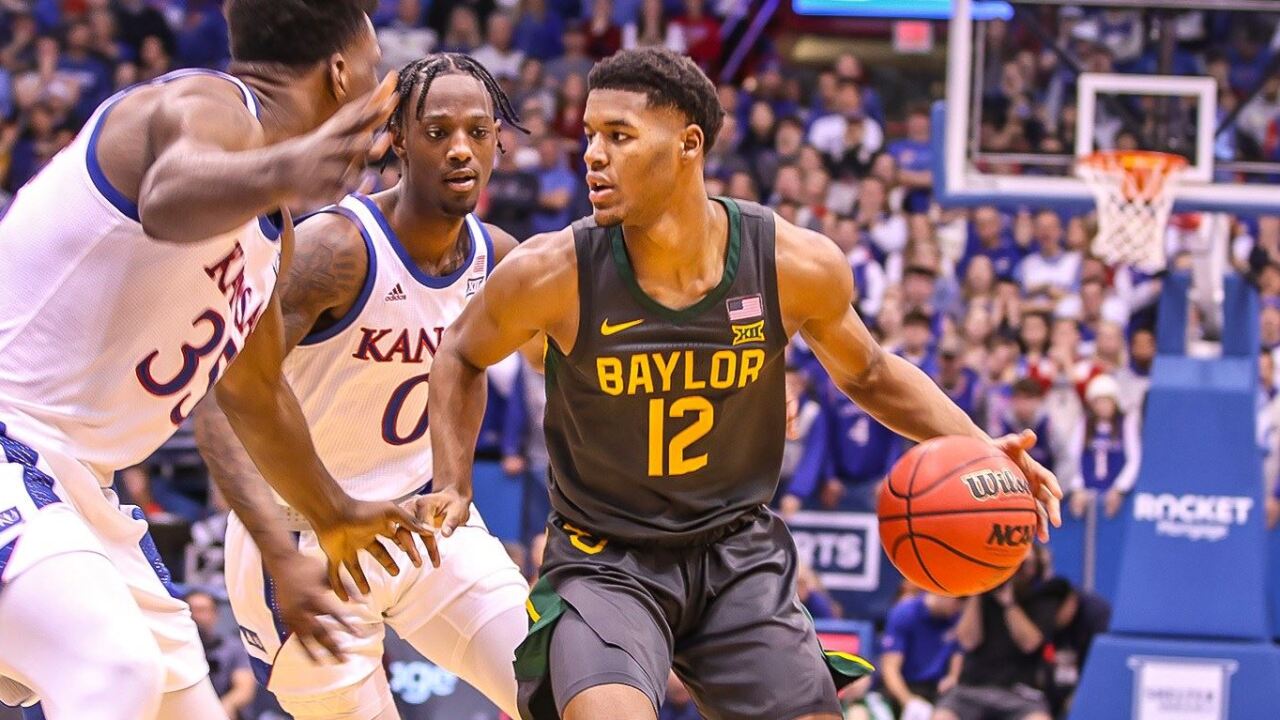 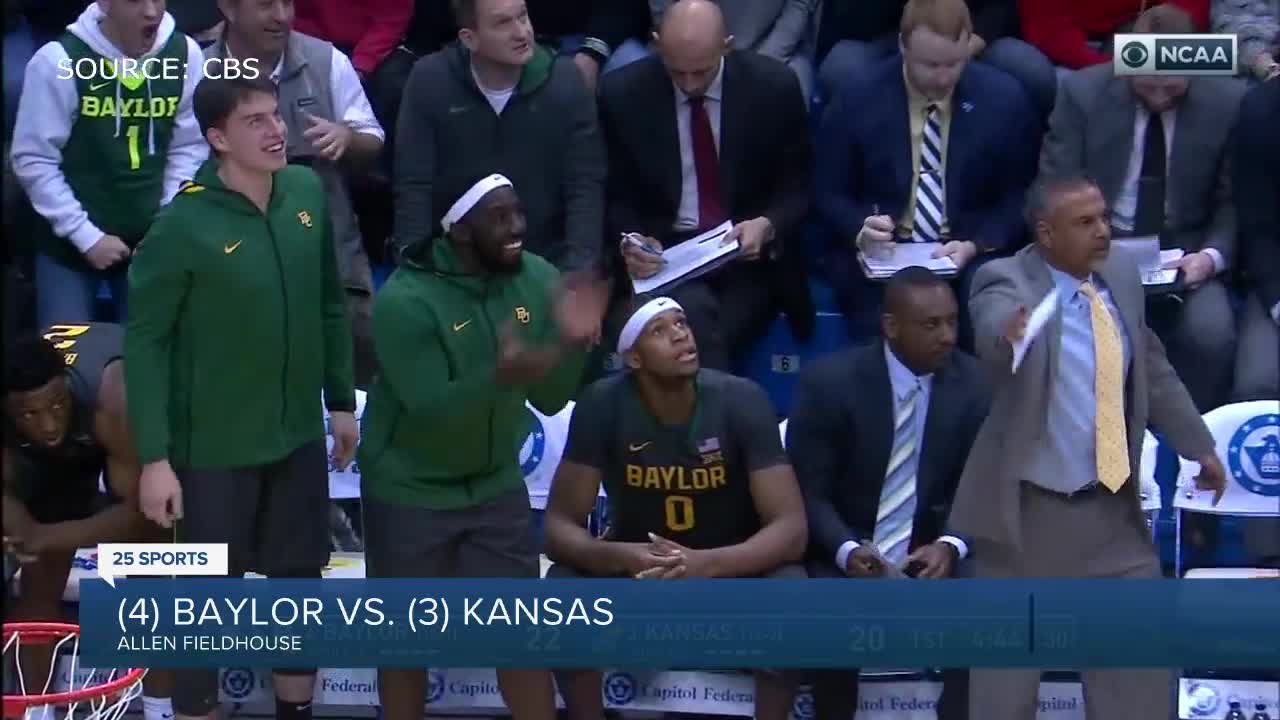 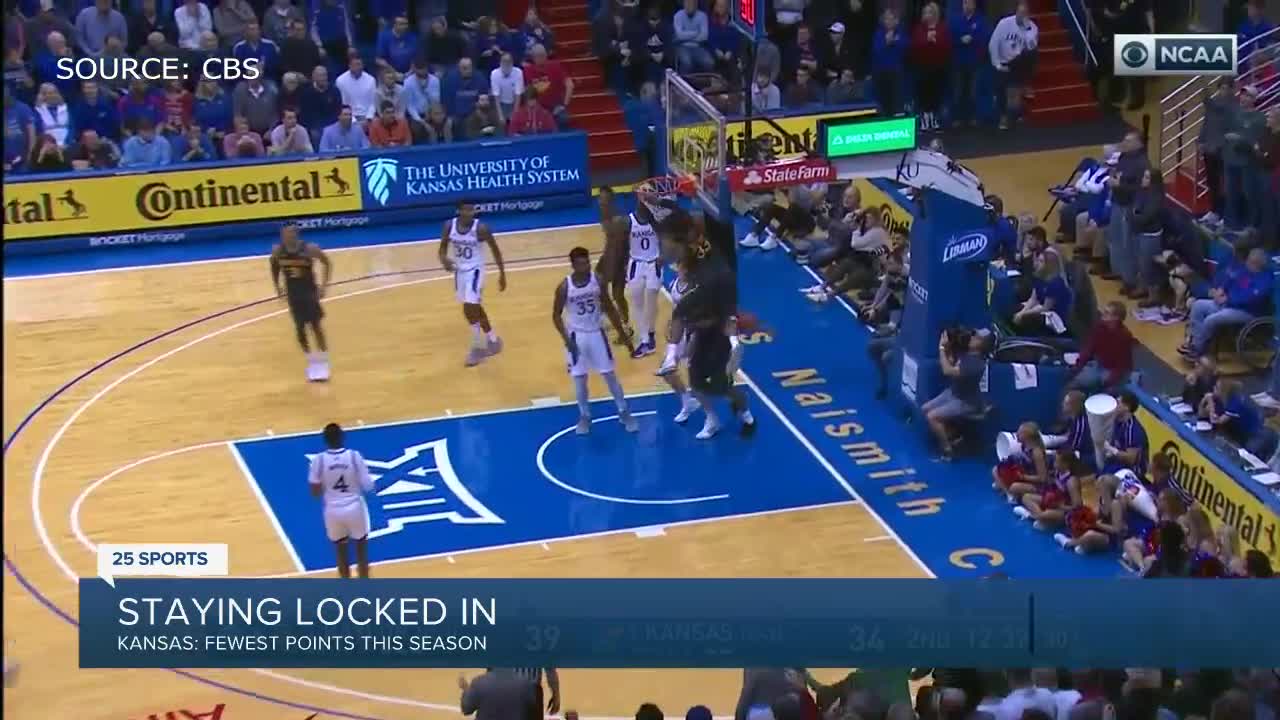 Freddie Gillespie added 13 points for the Bears (13-1, 3-0 Big 12), who snapped a whole slew of ignominious streaks with their victory in Lawrence: They beat a top-five team on the road for the first time in 22 attempts, won their fifth consecutive game against a ranked team for the first time in school history and, perhaps most importantly, beat Kansas (12-3, 2-1) in their personal house of horrors for the first time since the building opened in 1966.

Isaiah Moss scored 15 points and Marcus Garrett had 11 for the Jayhawks, who lost leading scorer Devon Dotson to an injury for a long stretch midway through the game and could never solve the Bears' league-best defense.

Kansas was 4 of 15 from beyond the arc and committed 14 turnovers, which Baylor turned into a 21-2 edge in points off turnovers. The result was just the Jayhawks' second loss to the Bears in their last 15 meetings.

The two Big 12 heavyweights spent the first 10 minutes of the game sizing each other up, and the Jayhawks opened a brief 20-15 lead before the Bears — and Teague and Butler in particular — finally asserted control.

Teague began a 22-4 run to close the first half by beating the shot clock with a 3-pointer. He turned the same trick a few minutes later, right after Butler knocked down a 3 and added a jumper of his own. The quick flurry forced Kansas coach Bill Self to call the first of two fruitless timeouts in the closing minutes of the first half.

The second timeout came as the Bears were hitting seven straight field goals to take a 37-24 lead into the break.

Making matters worse for Kansas? Dotson appeared to tweak his hip or oblique down the stretch. He played on and began the second half, but he grabbed his side again 30 seconds in and immediately returned to the locker room.

The Jayhawks still made a run without the Big 12's leading scorer.

Holding the Bears to a pair of field goals over the first 10 minutes of the second half, Kansas slowly managed to trim its deficit. Udoka Azubuike's alley-oop dunk got the Jayhawks within 41-36, and Ochai Agbaji's acrobatic layup a few minutes later provided an answer to yet another 3-pointer from Teague.

But the Jayhawks also misfired on plenty of opportunities to get closer. Garrett committed his fourth turnover with a chance to make it a one-possession game, Moss air-balled a 3-pointer and the Bears collapsed on easy looks in the paint.

That's when Butler and Teague refused to let another Baylor lead dissipate in the Phog.

The sophomore guard and his junior running mate, who together had carried the Bears to 11 straight wins, began to score at will on the offensive end. They attacked the basket against the Jayhawks' vaunted big men, dropped a series of open 3s to silence another sellout crowd, and seemingly willed the rest of coach Scott Drew's team to the finish line.

big men, dropped a series of open 3s to silence another sellout crowd, and seemingly willed the rest of coach Scott Drew's team to the finish line.

The Bears' lead eventually swelled to 60-44, and all they had to do was nurse it the rest of the way.

Baylor had been 0-3 in matchups in which both teams were ranked in the top five, with two of those losses coming to the Jayhawks — add that to the streaks that were broken Saturday. The Bears were efficient on offense, going 8 of 19 from beyond the arc, and they committed just five turnovers in a peerless offensive performance.

Kansas failed to get Azubuike and fellow big men David McCormack and Silvio de Sousa involved in the game, often throwing the ball away while trying to dump it down low. The result was a stunning 28-26 deficit on points in the paint, something few teams will be able to accomplish against the Jayhawks this season.