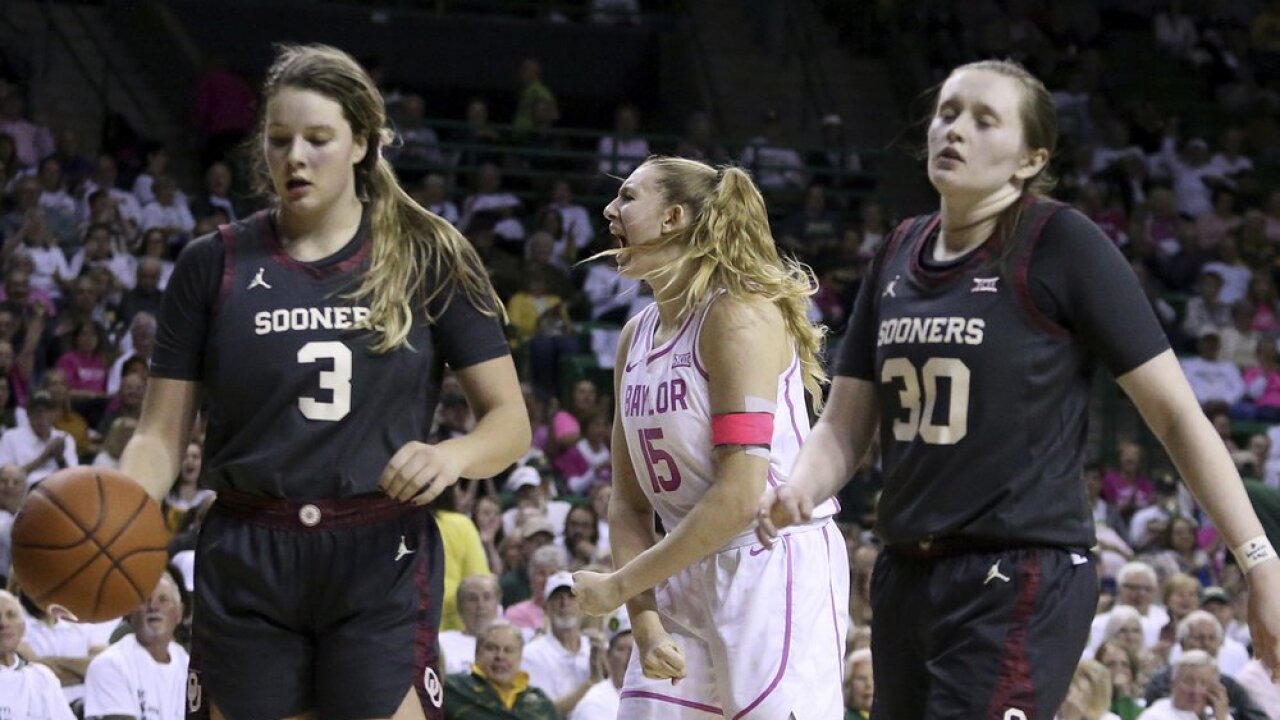 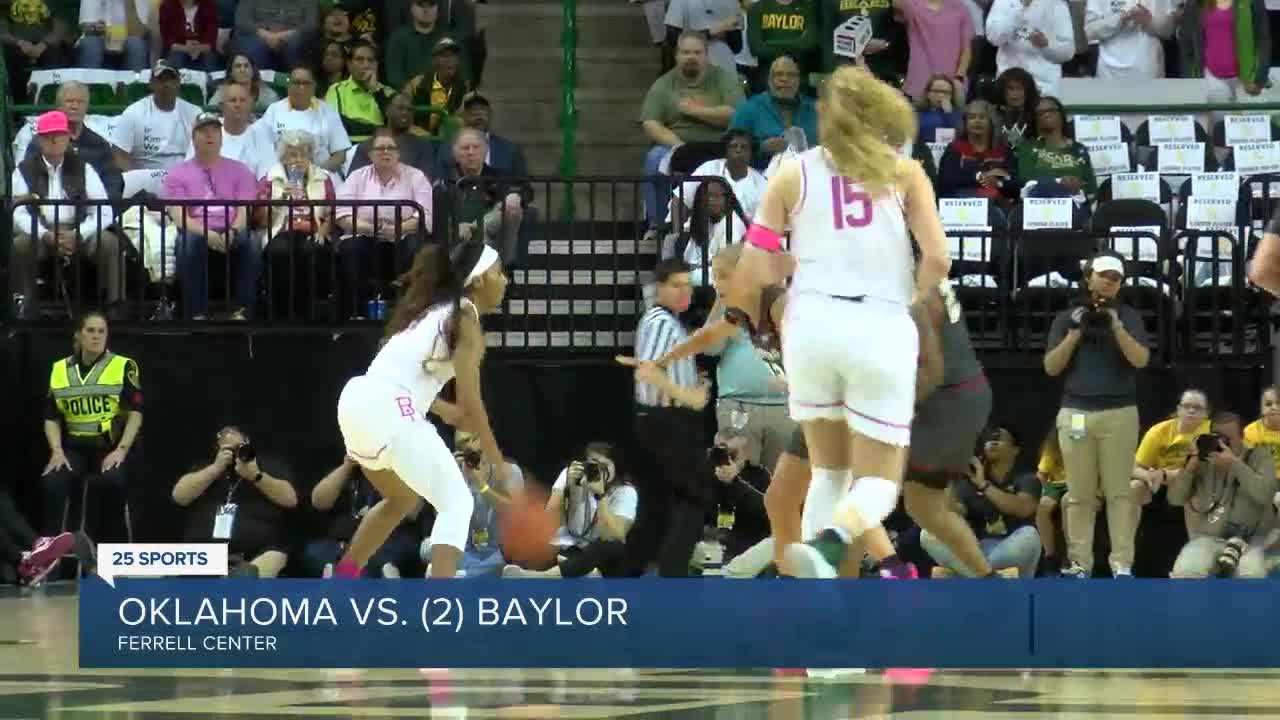 WACO, Texas (AP) — Kim Mulkey was surprised when she got called out to the floor early before her pregame talk with her players.

They were already on the court for a surprise ceremony marking Mulkey’s 600th win in the previous game, when she becoming the fastest Division I coach — men or women — to reach that mark.

The No. 2 Lady Bears then went out and stretched their record-Big 12 winning streak to 55 conference games in a row, beating Oklahoma 101-69 on Saturday to get within one win of their 10th consecutive league title.

“So I kind of walked out there ... I looked to the right and saw all the former players. And I said, ‘I get this now.’ And then I saw my family at half court, and then I saw my current players,” Mulkey said. “I realized they were doing something for the 600th victory. And I just kind of wept a little bit.”

NaLyssa Smith scored 22 points to lead five players in double figures as the Lady Bears scored 100 points in a Big 12 game for only the second time ever. They also had their highest-scoring half and highest-scoring quarter ever in a conference game.

Smith, Cooper, Cox and Landrum were all in double figures by halftime, when the Lady Bears had a 63-27 lead. They scored 36 points in the first quarter.

Freshman guard Gabby Gregory had 30 points with five 3-pointers to lead Oklahoma (12-14, 5-9), which lost its fourth game in a row. Taylor Robertson, who like Gergory played all 40 minutes, had 16 points with four 3s, and Madi Williams 15 points.

Oklahoma’s 18 wins are the most by any opponent against Mulkey, but the Baylor coach has a 27-18 series advantage and exactly 100 more career wins than Sherri Coale, who is 501-278 in her 24th season as the Oklahoma coach.

“Very good. Very talented, very deep,” Coale said of Baylor. “And I think that’s what gets you as much as anything, that they just keep coming with all kinds of size and it’s just hard to do anything with.”

Baylor could wrap up the outright Big 12 title as early as Monday night if TCU loses at home Sunday to Oklahoma State. If the Frogs (19-5, 10-3) win, the Lady Bears could still clinch a share of the Big 12 title and the league’s top seed in the conference tournament with a win Monday at West Virginia.

“We’ve been writing how many remaining games that we have, and we write on the board how many it takes to win it, how many of it takes to get at least a tie.” Mulkey said. “We talk about that. You can’t avoid that, that’s motivation here late in a year when you’re trying to grind out wins.”

Oklahoma: The Sooners are the only Big 12 team without a senior on the roster, and starting guard Ana Llansa was out injured after playing the past five games following a six-game absence. ... Robertson’s four 3-pointers extended her single-season school record and national-leading total to 120. She is three shy of matching the Big 12 record that has stood since 2002-03.

Baylor: The Lady Bears shot 62% (44 of 71) in the game. They had 33 assists on the 44 made field goals. “Everybody is for everybody, we are pulling for each other,” Cooper said. “We play together, and that’s just what we expect out of every game.”

“I’ve been practicing that,” Smith said of the quick pass to her fellow post player.

Oklahoma is home Wednesday night to play Kansas, a team the Sooners beat in overtime earlier this month.

Baylor plays Monday night at West Virginia, who lost by 40 in Waco on Jan. 18.