No. 2 Baylor takes down Lamar for their fifth straight win 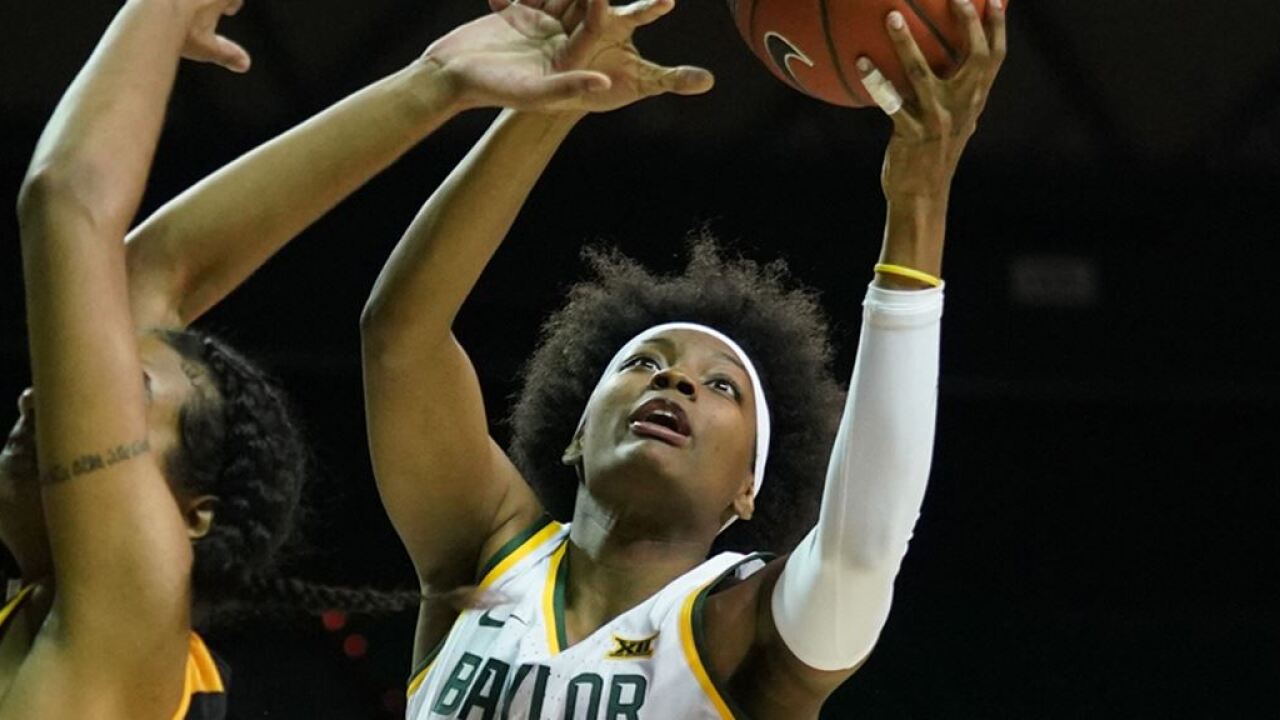 WACO, Texas — Graduate transfer Erin DeGrate scored 19 points, NaLyssa Smith added 18 on 8-of-8 shooting and Queen Egbo had another double-double as No. 2 and defending national champion Baylor won its 34th game in a row, 90-28 over Lamar on Thursday night.

Playing for the second time in three nights, all 10 players who got in the game scored for the Lady Bears (5-0). All played pretty much a half, with DeGrate’s season-high 21 minutes the most, and 19 the fewest by anyone.

Egbo had 12 points and 10 points in 19 minutes for her second double-double in a row. Te’a Cooper had 12 points with three 3-pointers.

Lamar had its only lead when Hastings hit a 3-pointer to make it 5-4 just over 2 minutes into the game, and were down only one point before Egbo’s jumper started a 16-0 run over the final 6½ minutes of the first quarter to make it 24-7.