No. 2 Baylor Baseball’s Season Ends In Loss To No. 1 UCLA

The Bears finish the season with a record of 35-19. 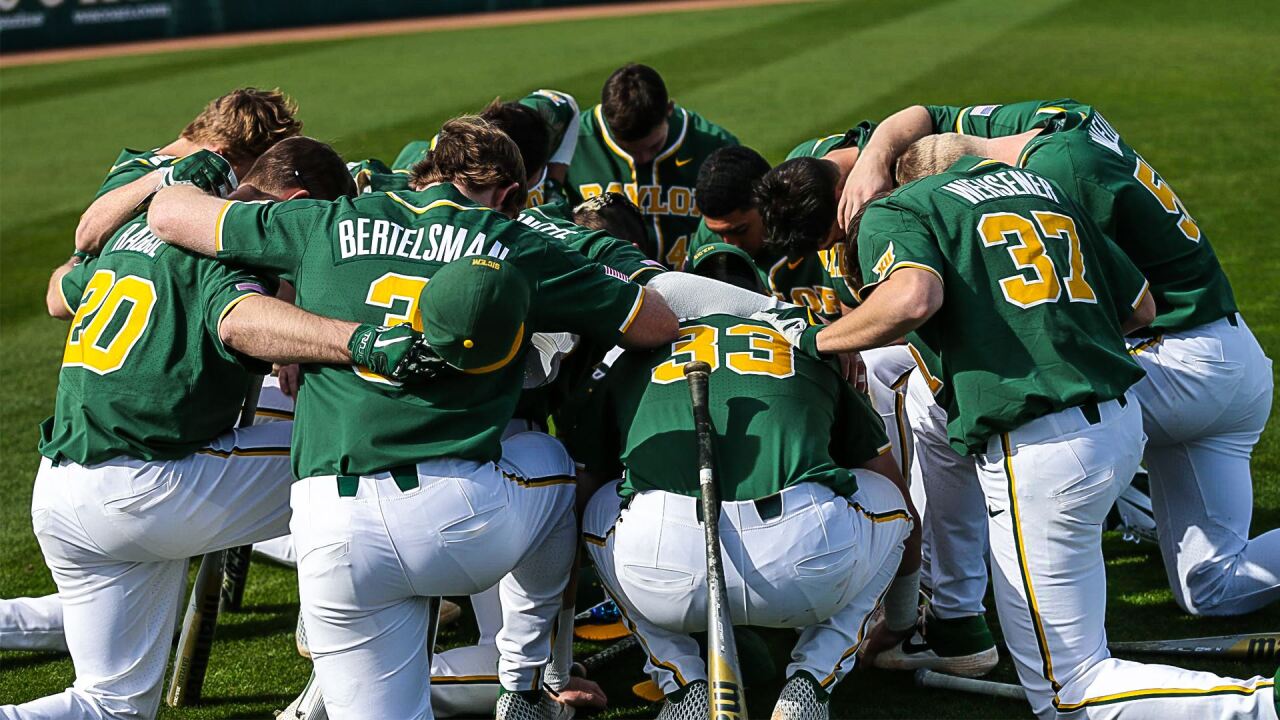 LOS ANGELES, CA — No. 2 Baylor baseball’s season came to an end with an 11-6 loss to the No. 1 overall seeded UCLA Bruins in the Los Angeles Regional Sunday afternoon at Jackie Robinson Stadium.

The Bears were unable to keep up with UCLA’s strong offensive output, as the Bruins hit four home runs and outmuscled Baylor just one day after the Bears set a program record with 24 runs in a postseason game.

UCLA (49-9) jumped out to a 2-0 lead in the bottom of the first thanks to a two-run homer off Baylor starter Tyler Thomas. But the Bears answered in the top of the second as Andy Thomas and Davis Wendzel hit back-to-back doubles before Cole Haring blasted a two-run shot to put Baylor ahead 3-2.

The Bruins knotted things at 3-3 with a sacrifice fly in the bottom of the third, but once again, the Bears responded and it was Haring again doing the damage, this time a solo homer to pull Baylor back in front 4-3.

The Bears fell behind in the bottom of the fourth as UCLA scored three runs to take the lead back 6-4, but climbed back with a run in the top of the fifth, as Chase Wehsener scored on a passed ball with Shea Langeliers at the plate, cutting the deficit to 6-5.

UCLA extended its lead in the bottom half with a pair of home runs, one a two-run shot and the other a solo, pushing the tally to 9-5. In the top of the sixth, Baylor scratched across a run with an RBI single by Wehsener to stay in it 9-6, but that was all the Bears would get.

Another Bruins’ two-run homer came in the bottom of the sixth to make it 11-6 and that proved to be the nail in the coffin, as Baylor couldn’t muster up a late-inning comeback to put the pressure on the nation’s No. 1 team.

The Bears’ season ends after another successful run to the postseason and the highest winning percentage in the Steve Rodriguez era.

*Baylor made its third-straight NCAA Regional appearance for the first time since a stretch of four-consecutive appearances between 2009-12. This was the 21st regional selection in program history.

*This was Baylor’s first game against a No. 1 ranked opponent under fourth-year head coach Steve Rodriguez.

*Cole Haring has homered in 10 of Baylor’s 14 multi-home run games this year.

*The Bears have hit 195 homers in 221 games under fourth-year head coach Steve Rodriguez, including 57 in 54 games in 2019. 57 homers tie for the most in a single season under Rodriguez and BU’s most since hitting 57 in 2010. The Bears have hit at least 50 home runs in three straight seasons.

*Haring hit his team-leading 11th and 12th home runs of the season and 18th and 19th of his Baylor career. It’s Haring’s third multi-home run game of his career and second of the 2019 season.

*Haring recorded his 18th multi-hit and 13th multi-RBI game of the season.

*Richard Cunningham tallied his 21st multi-hit game of 2019. He finished the year hitting safely in 25 of his last 26 games.

*Andy Thomas hit his 22nd double of the season, moving him into a tie for 8th place on Baylor’s leaderboard for doubles in a single season.

*Tyler Thomas made his 14th appearance and seventh start of the season, his first start since May 14 vs. UTA.

*Jacob Ashkinos made his 20th appearance of the year.

*Ryan Leckich made his team-leading 29th appearance of the season.

*Luke Boyd made his 24th appearance of the season.

"I came in and I brought Josh Bissonette with me, he was my only recruit. Obviously, I inherited Richie [Cunningham] who you’re all going to be working for at one point. When you have these seniors and you see the type of attitude and approach, what’s great for me is the type of men they are. I know that they’re not going to do anything foolish, that they’re going to represent this University that has given them so much. On the field is one thing, that’s the easiest part of my job, but making sure these guys will be great humans, great men, great fathers and great husbands, that for me is a really big deal. Just watching how they’ve grown since I got here, that’s what makes me really proud.”