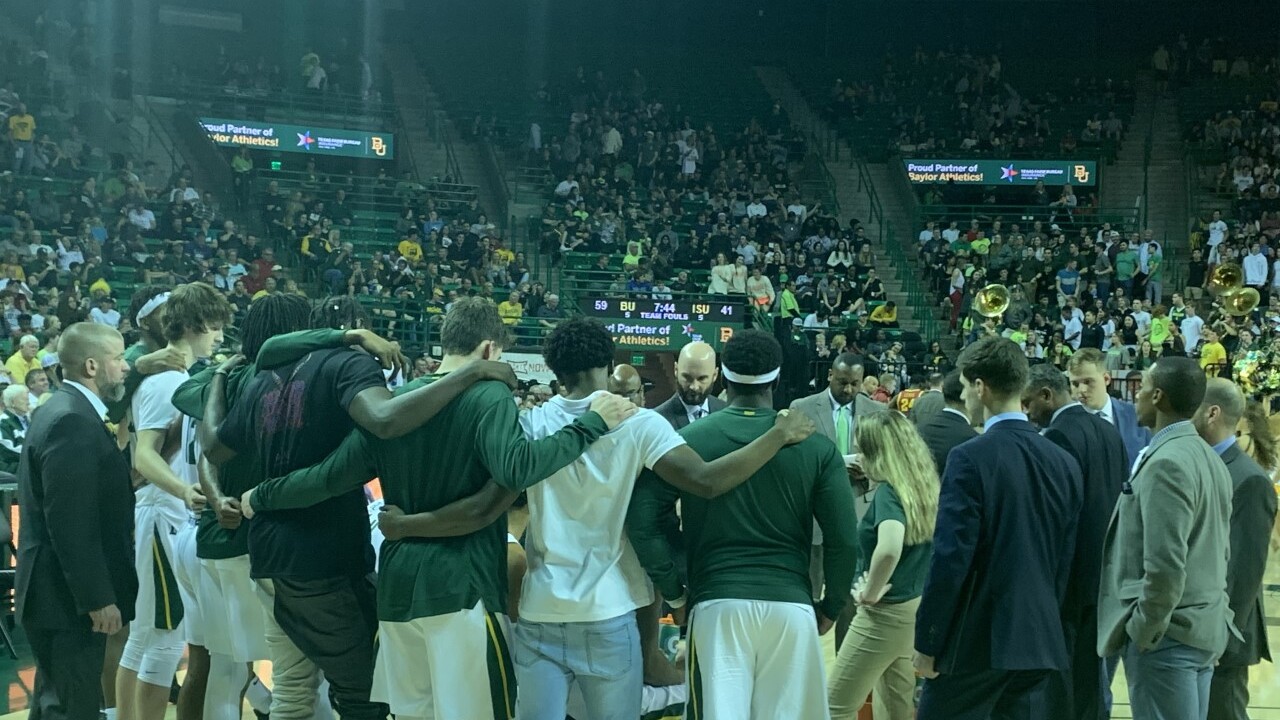 Early on, it looked like the Bears may be due for an upset of their own. In the first 4:48 of the game, Baylor scored only four points.

That poor scoring would continue throughout most of the first half. At the break, Baylor was shooting a measly 10-29 (34.5%) from the field and 1-11 (9%) from behind-the-arc. The Bears even struggled from the free throw line, going 9-16.

Luckily for Baylor, the basket was shut on both ends. Iowa State finished the first half shooting 36 percent from the floor. The Cyclones also turned the ball over seven times. As a result, Baylor held a five-point lead at the break.

That would all change at halftime.

Davion Mitchell opened the half by sinking a pair of threes to spark an 8-0 run in the first 2:28 of the second half. That was all the Bears would need to get going.

Jared Butler would hit two more from behind-the-arc, and with 11:03 left in the game, Baylor had built a 19-point lead.

Mark Vital led the way for the Bears in the first half. His fast-break dunk with 15:41 to play awoke an otherwise sleepy crowd. Later, he added a put-back slam to bring Baylor back within one. He finished the game with 11 points and seven boards.

Freddie Gillespie pulled down the most rebounds, securing 11 boards. He added 14 points to earn another double-double.

With the win, the Bears move to 14-1 on the season. They return to the floor Saturday, when they take on Oklahoma State in Stillwater, Oklahoma at 11 a.m. on ESPN2.