The Bears will face the loser of tonight’s UCLA vs. Omaha game Saturday at 4 p.m. CT/2 p.m. PT. 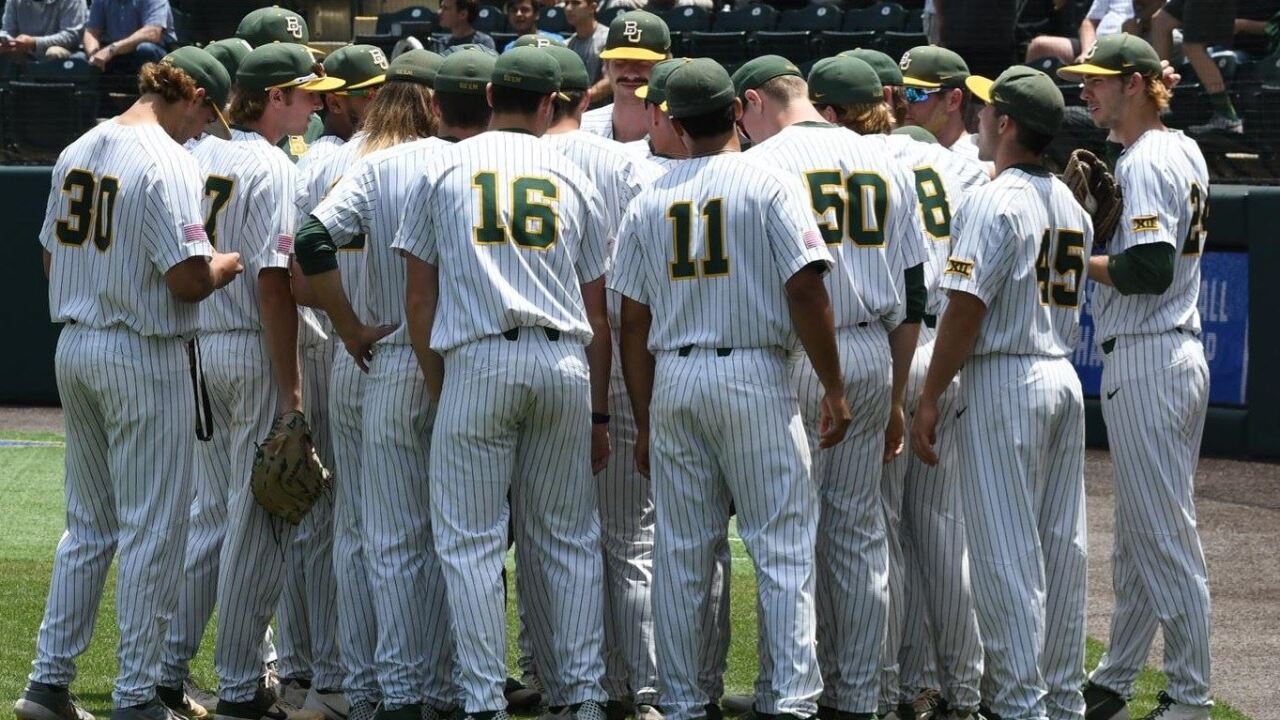 LOS ANGELES, CA — The No. 2-seeded Bears fell 3-1 in their opening game against No. 3-seed Loyola Marymount at the Los Angeles Regional Friday afternoon at Jackie Robinson Stadium.

Baylor (34-18) was unable to string together hits, tallying just four on the day and only scoring once. The Bears had two baserunners in the second inning, but didn’t have more than one aboard in any other inning.

LMU (33-23) manufactured a run in the top of the second to open the scoring, but the Bears answered back with a run in the bottom half to even the score as Davion Downey picked up an RBI with a groundout that scored Andy Thomas.

Things were tied at 1-1 until the top of the sixth, when LMU snapped Jimmy Winston’s streak of 10-consecutive batters retired with a walk and two hits to take a 3-1 lead.

Daniel Caruso came on in relief of Winston and worked two scoreless innings before turning the ball over to Kyle Hill. Hill pitched a scoreless top of the ninth, but the Bears were unable to put together a rally offensively in the bottom half.

Baylor’s bats were stifled by Lions starter Codie Paiva, who threw 7.2 innings with just one run allowed on four hits. Paiva (8-5) earned the win while Winston (5-3) took the loss. LMU’s Nick Frasso picked up his ninth save of the season with a hitless 1.1 innings pitched.

*Baylor is making its third-straight NCAA Regional appearance for the first time since a stretch of four-consecutive appearances between 2009-12. This is the 21st regional selection in program history.

*For the fourth-consecutive time in regionals and third-straight year, the Bears will need to come back from losing their opening game and fight through the elimination bracket.

*Shea Langeliers caught a baserunner trying to steal and has now thrown out 14 of 24 potential base stealers in 2019.

*Jimmy Winston made his 11th start of the year and went six innings with just three runs allowed on four hits. It was his first quality start since April 27 at TCU (7.0 IP, 2 R, 6 H).

*Kyle Hill made his 23rd appearance of the season and pitched a scoreless inning.

STAT OF THE DAY
12 – Nick Loftin extended his hit streak to 12 games, which is now the longest active streak on the team.

QUOTE OF THE DAY
On today’s game…

"I’m going to tip my hat to Codie Paiva, I thought he did a heck of a job out there. Just pounded the zone with a lot of different pitches, continually put pressure on our offense to get something going. I thought we swung the bat well in a lot of different capacities, but couldn’t get a run across the board.”