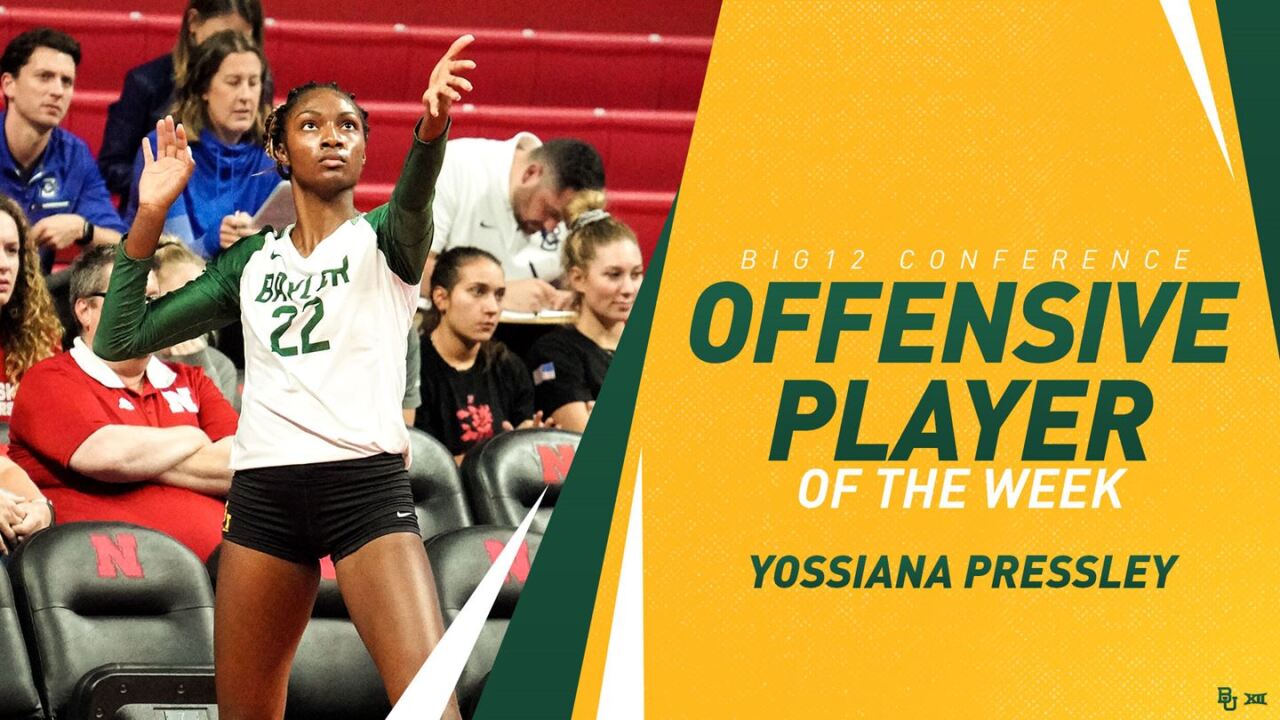 The Cypress, Texas native led the Big 12 with 5.67 kills per set while she put away 17 kills in the team’s conference opener at Kansas last Saturday. She recorded a .483 attack efficiency after only committing three attack errors on 29 attempts against the Jayhawks.

Her efforts helped BU lead the Big 12 in hitting percentage during the first week of conference play.

Baylor will host Oklahoma for its Big 12 home opener on Wednesday at 7 p.m. at the Ferrell Center.