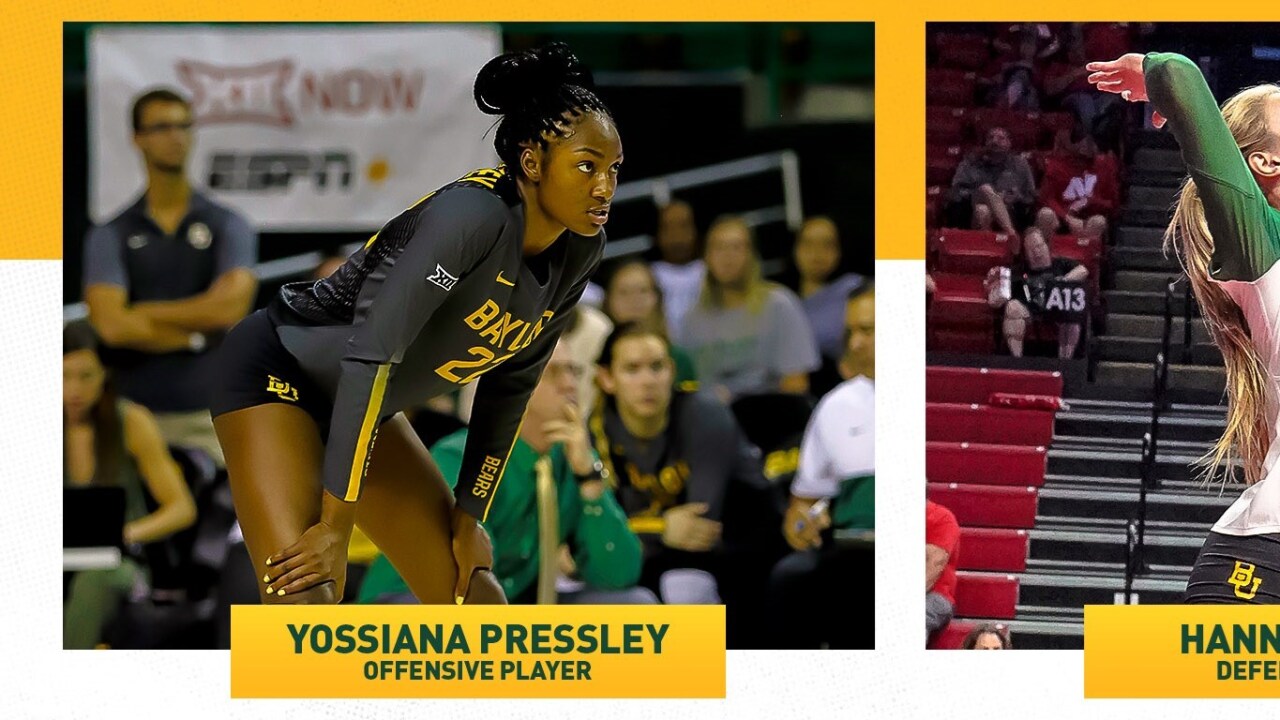 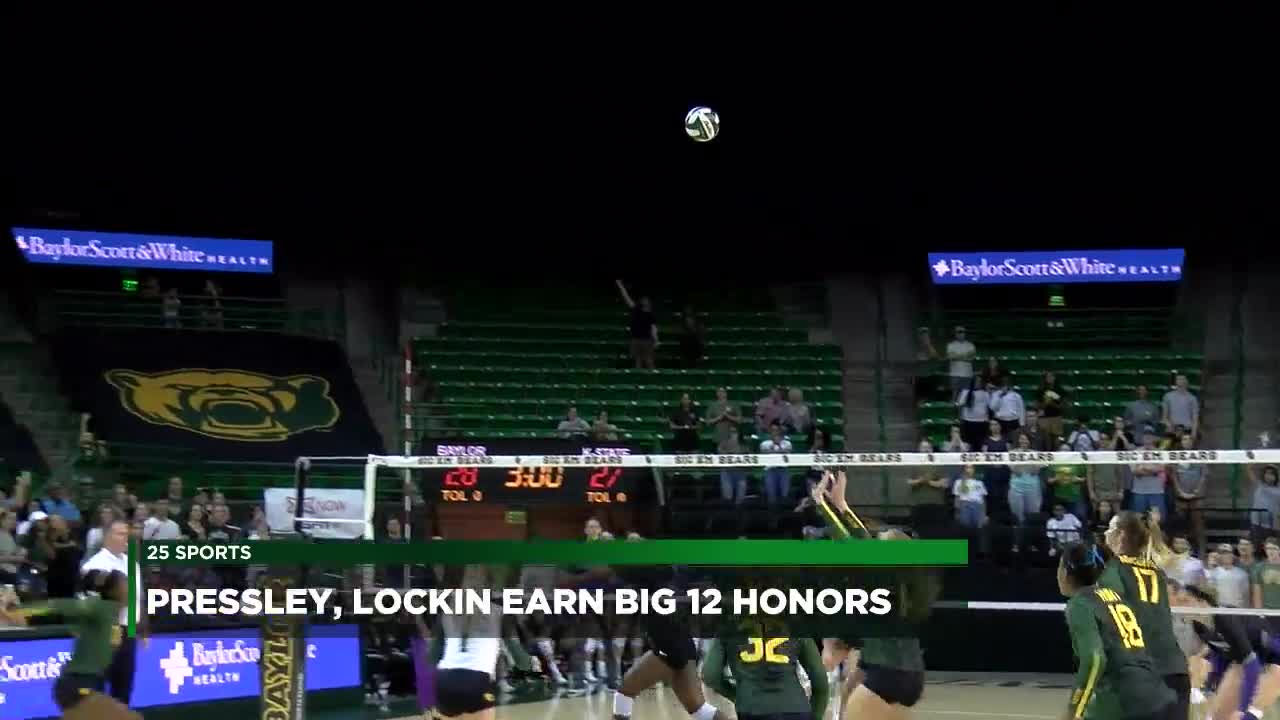 Pressley earns her program-leading 14th weekly honor and 10th offensive award while Lockin collects her second award of the season and fourth in her career.

The Cypress, Texas native led the Big 12 with 5.67 kills per set and 6.00 points per set in BU’s 2-0 week in Big 12 play. She put away a match-high 20 kills in the Bears’ sweep over Kansas State on Saturday, extending the program’s record of 22-straight set wins. She also recorded a .379 attack efficiency for 14 kills against Oklahoma last Wednesday.

Lockin becomes the first setter in Baylor history and first since K-State’s Katie Brand in 2015 to earn the defensive honor. While she helped the Bears offensively with 35 assists against the Wildcats, she recorded her team-leading sixth double-double of the season with 10 digs and matched her career high with six blocks on Saturday. She also matched a season-high three service aces against K-State.

Their honors give Baylor eight Big 12 awards so far this season. BU matches its eight weekly selections last season while the 2017 squad still holds the single-season program record with 15 honors.

Baylor will hit the road to face (RV) Iowa State at Hilton Coliseum on Wednesday night in Ames, Iowa. The match will air on ESPNU at 8 p.m. CT with Courtney Lyle and Salima Rockwell on the call.