No. 1 Baylor Volleyball Improves to Historic 12-0 Record with Sweep over Oklahoma 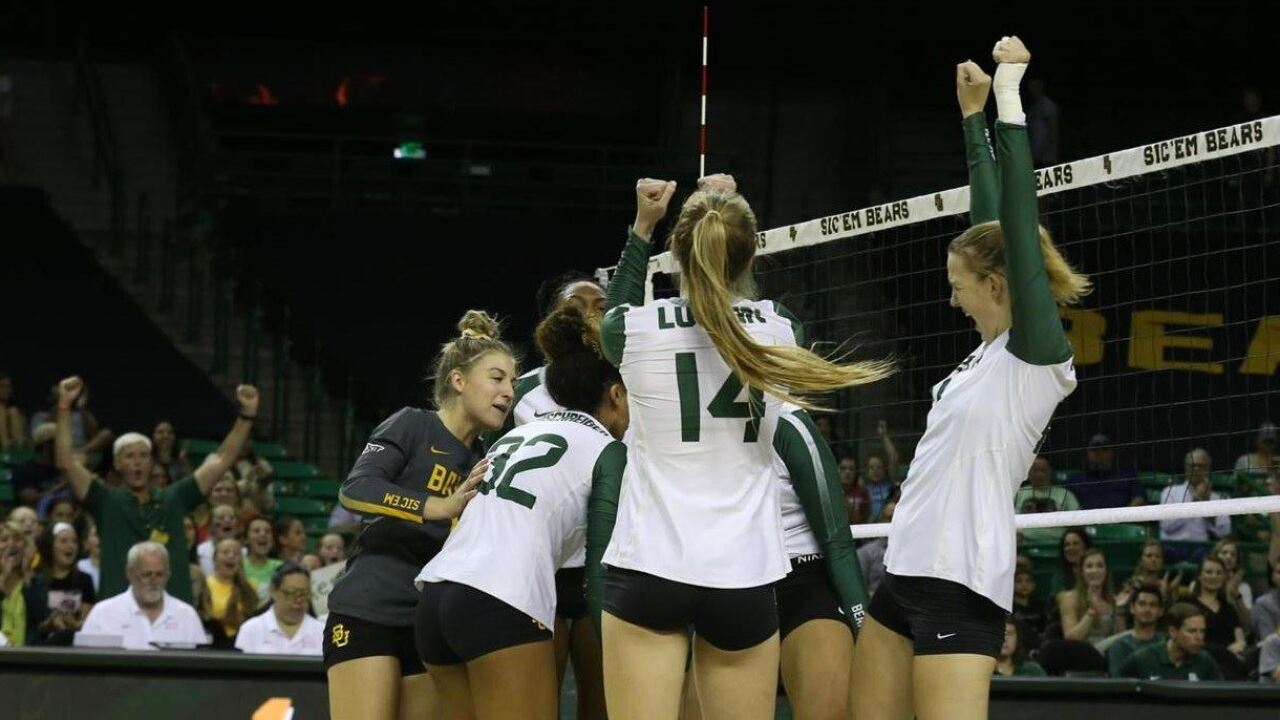 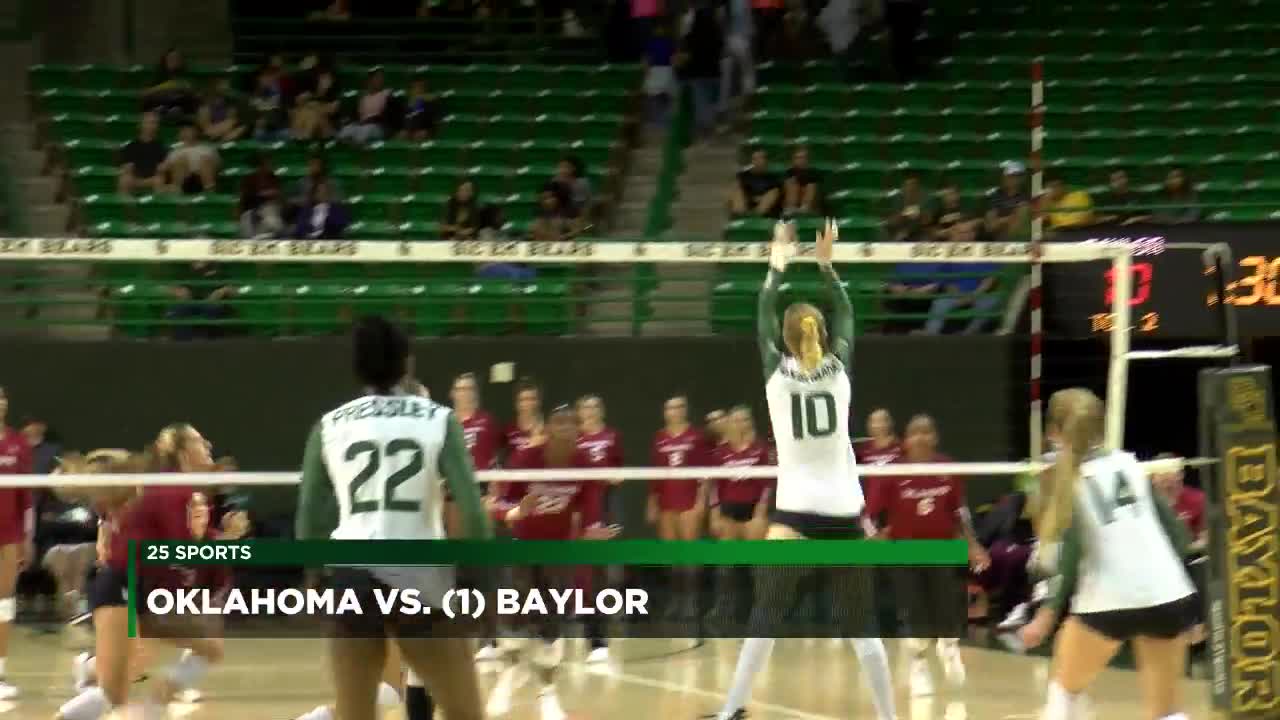 BU is on a program-best 19-set winning streak dating back to Sept. 12, and the 12-0 start to the season is the best in school history. Both records were previously held by the 2009 squad as they went 11-0 to open the year and won 17 consecutive sets.

Baylor remains the only undefeated team in the country and won its fourth-straight home match over OU for the first time since the 1998-2001 seasons.

Junior Yossiana Pressley led the way with 14 kills on a .379 efficiency while senior Gia Milana followed with 12 kills on a .364 percentage. Pressley also recorded her third double-double of the season with 10 digs.

Tara Wulf led all defenders with 11 digs while four Bears recorded two blocks against the Sooners and held them to a .011 attack effort.

Baylor piled on an early 5-1 lead, but a ball handling error tied it up at 9-9 in set two. The Bears used a 3-1 run to force another Sooner timeout at 21-17. The Baylor defense kept the pressure on the Sooners to force four consecutive errors to take the set, 25-19.

Sophomore Shanel Bramschreiber’s ace made it a 13-6 lead in the third set, and a 6-0 run anchored by Pressley’s serve helped close it out in three, 25-12.

HIGHLIGHTS
• Baylor swept its 10th opponent in 12 matches and its fifth-straight opponent at home.
• BU has now won 36 sets and only dropped two during the 2019 season.
• BU has posted its best start in school history with an 12-0 record, surpassing the 2009 squad (11-0).
• BU has won a school-record 12 consecutive matches, surpassing the 2009 team.
• BU is on a program-best 19-set winning streak, breaking the previous record set in 2009 and matched in 2017 with 17 consecutive sets won.
• BU remains the only undefeated team in DI college volleyball with an 12-0 record.
• BU hit .301 for its eighth .300-or-better performance this season.
• Yossiana Pressley had a match-high 14 kills and posted 10 digs for her third double-double of the season.
• Gia Milana had a season-high 12 kills on a .364 percentage.
• Tara Wulf led all players with 11 digs against the Sooners.
• Baylor is now 35-11 as a ranked team under McGuyre.
• Baylor improved to 22-39 all-time against Oklahoma and is on a series-best seven-match winning streak.
• Baylor had its second-best crowd of the season and ninth-best all-time with 1,722 fans at Wednesday’s match.

STAT OF THE MATCH
19 – the number of consecutive sets Baylor has won with Wednesday’s sweep.

TOP QUOTE #1
Head coach Ryan McGuyre
On the win…
“I’m really pleased with some of the things we’re doing with our backcourt defense. I thought Tara (Wulf) did a good job. We weren’t getting dumped on by the setter, and their setter has been successful with that this year. Those are little things that add up. Kara (McGhee) had so many great block touches. They’re not going down as stuff blocks, but they’re block touches. I think anytime you saw a long rally happen that we ended up winning is because she was busting her butt to the right to slow the ball down and then we could go convert, or bust her butt to the left. I was upset that we didn’t terminate on some of those, but she stayed engaged in that one play where there were two or three touches that were great, great blocks. A lot of work for just one point.”

TOP QUOTE #2
Head coach Ryan McGuyre
On the atmosphere…
“Oh how awesome was that. The crowd was phenomenal. That brought just so much joy to my heart because our girls are playing so well and we got to share that with so many great people tonight. On a Wednesday night? We’ve never had a crowd like that tonight. It’s fun, there’s something exciting in the air. These girls are doing some great things that not the rest of the country is doing when it comes to volleyball and the plays and the oohs and aahs when we’re doing some of the things that these talented girls can do. So, to be able to share that with such a great fanbase tonight, that was awesome.”

Fans can also stay afterwards for a post-match youth clinic. All ages are welcome to learn and interact with the Bears.

Saturday's match will be live on Big 12 Now on ESPN+, and fans can purchase tickets online at www.BaylorBears.com [baylorbears.com].