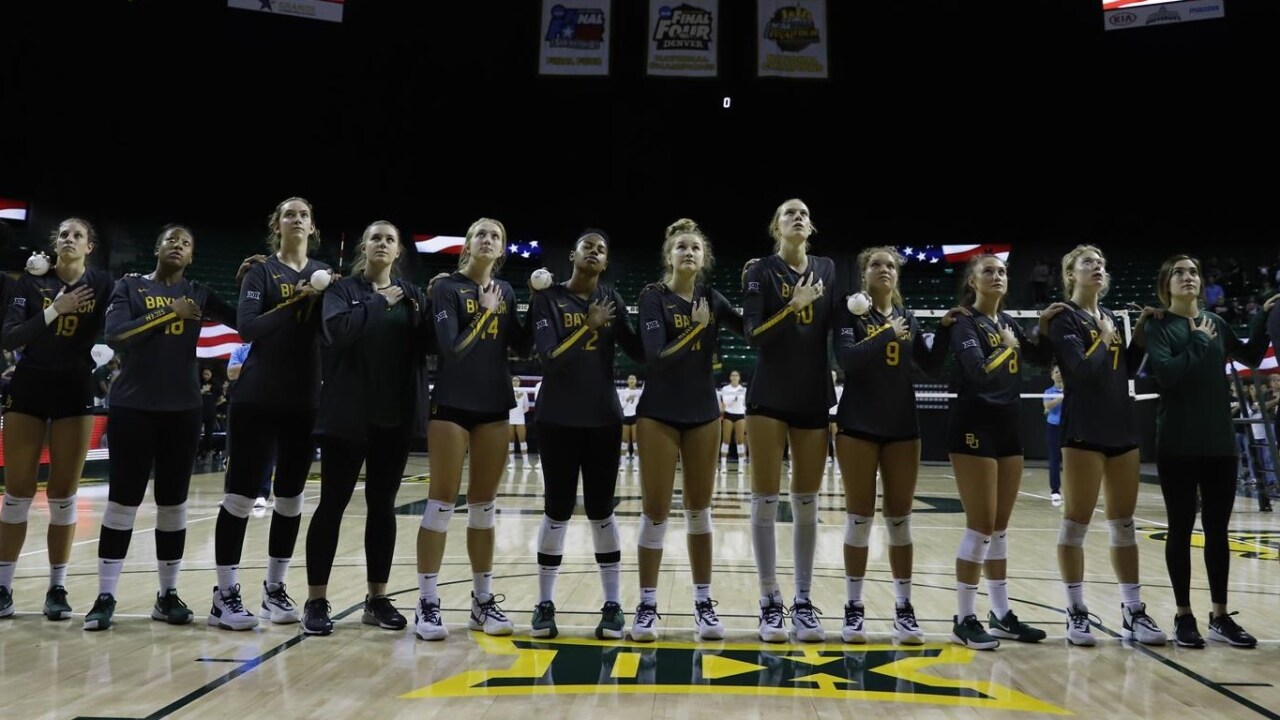 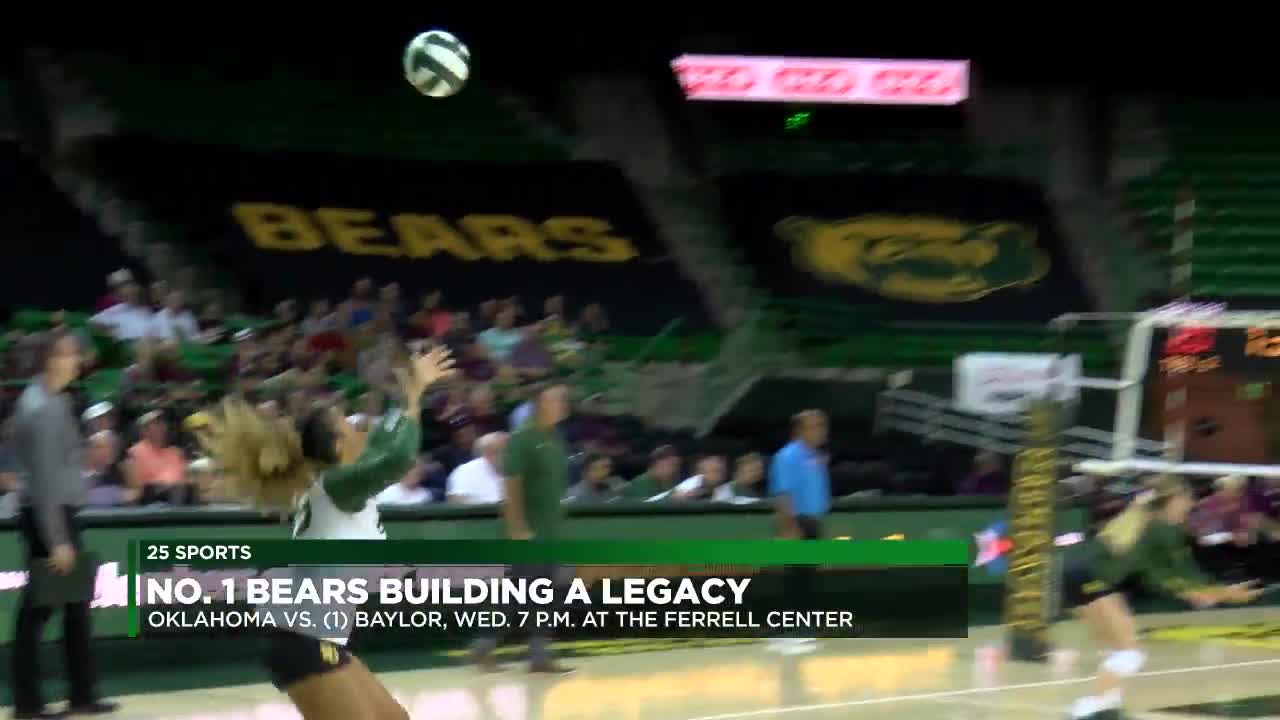 The match will also be broadcasted on Big 12 Now on ESPN+ with John Morris and Katie Staiger on the call.

BEARS OPEN BIG 12 HOME SLATE AGAINST THE SOONERS
• Baylor volleyball will open the Big 12 home portion of its 2019 schedule against the Sooners.

• The Bears are the only undefeated team left in D1 college volleyball after No. 21 California (11-1) dropped its first match to then-No. 1 Stanford last Thursday night in Berkley.

• BU looks for its series-best seventh consecutive win over the Sooners Wednesday night.

• Baylor is riding an 11-match winning streak, including six straight at home dating back to 2018.

• BU improved to 3-2 in conference openers under McGuyre with last Saturday’s 3-0 win at Kansas.

• BU is riding a 16-set winning streak coming into Wednesday. Baylor has won five straight matches in three sets and won the fourth set against Houston dating back to Sept. 12.

• If Baylor wins set one and two, it would be a new school record with 18 consecutive sets won.

• A Baylor win would give the Bears a school-record 12 consecutive wins and a program-best 12-0 mark to open a season.

• A win would give BU four straight wins over OU at home for the first time since the 1998-2001 seasons.

BEARS ARE NO. 1
• Baylor volleyball was tabbed the top-ranked team in the AVCA Division I Coaches Top 25 Poll for the first time in program history, released Monday afternoon.

• Volleyball is the ninth Baylor program to earn a No. 1 ranking and the third BU team in 2019 (women’s basketball, acrobatics & tumbling).

• Baylor is the third Big 12 program to garner the No. 1 AVCA ranking, joining Texas and former member Nebraska. BU is the first conference team since 2017 to hold the top spot in the poll.

• BU is the last remaining unbeaten team in DI college volleyball with an 11-0 record, including a 5-0 mark at home.

• Prior to last season’s program-best No. 12 ranking, BU was ranked for 10 straight weeks and peaked at No. 17 in 2009, which stood as the program-high ranking for eight years in the 37-year history of the AVCA poll.

• The Bears are ranked for the 43rd time in program history and have received votes in the poll for 32 straight weeks dating back to the 2017 season.

• The Bears matched a series-best sixth consecutive victory over the Sooners while recording 11 double-digit performances on the road.

• Shelly Fanning fired off a career-high 24 kills on 46 attempts to lead the Bears. Three other Bears were in double digits with Yossiana Pressley (18), Gia Milana (13) and Aniah Philo (13).

• Hannah Fluegel recorded her first career double-double with a team-high 34 assists and a career-high 14 digs to help the Bears record their third consecutive conference win.

• The top-ranked Bears are 11-0 on the season, but the most impressive stat is the fact that the team has won 33 sets and only dropped two in the process.

• The Bears have swept nine teams in 2019, including four ranked squads in Marquette, Hawai’i, Missouri and Creighton.

• Out of 33 sets won, only six of those have been decided by two points.

• Three sets have been decided in extra points with BU winning them all (Wisconsin, Marquette, Missouri).