No. 1 Baylor Volleyball Drops Road Match to No. 4 Texas 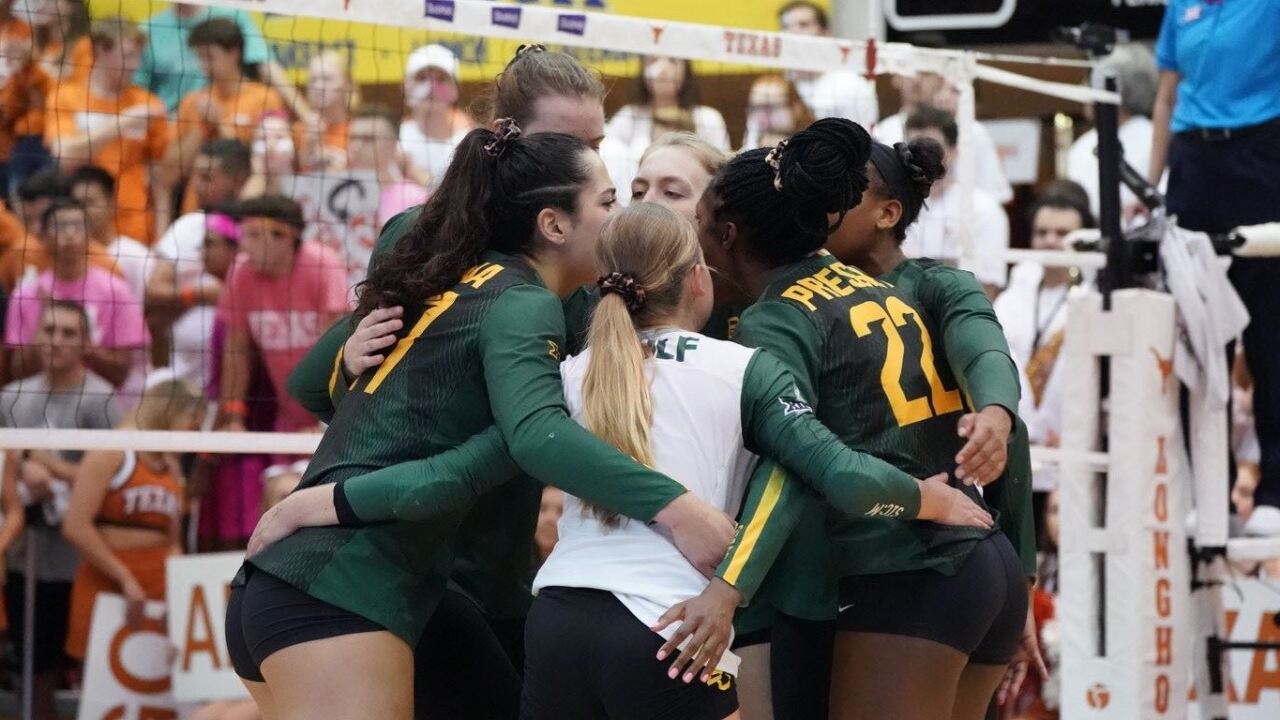 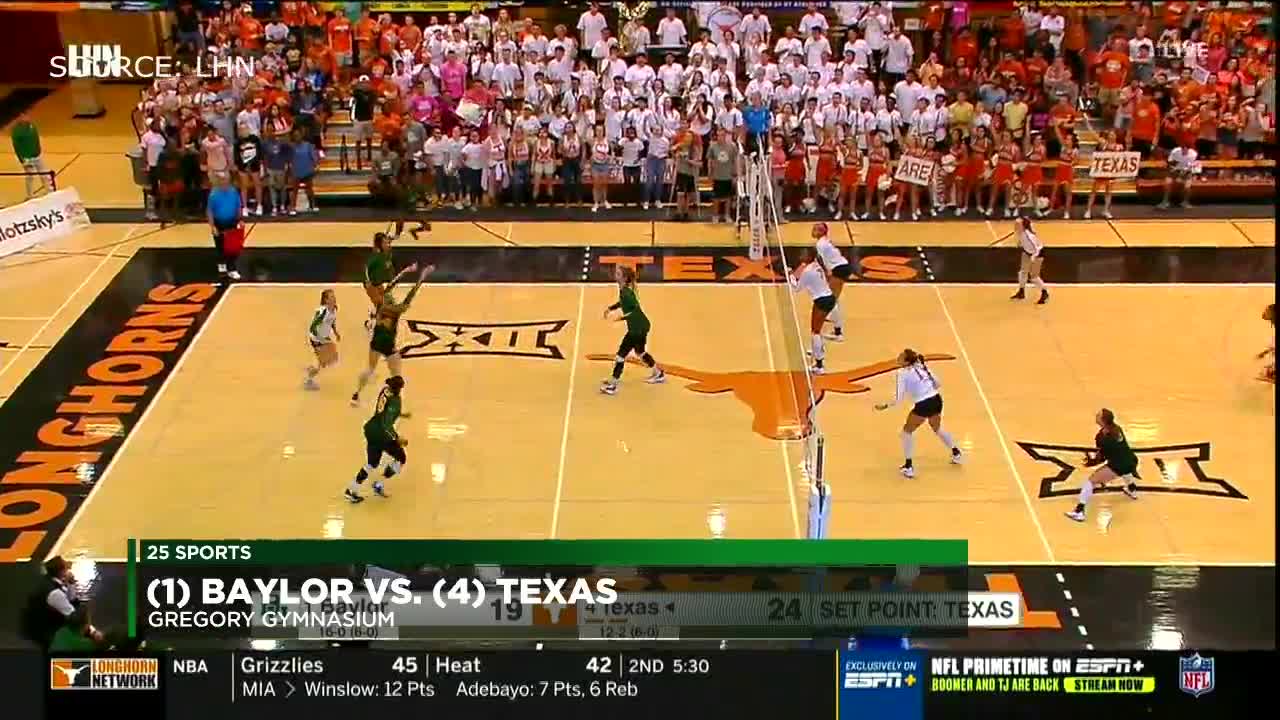 The Bears fell behind early again in set three, but a 3-0 run with two kills and a block forced the Texas timeout at 13-10. BU pulled within four with a Stafford kill, but the Longhorns ended the match on a block, 25-19.

NOTABLES
• Baylor dropped its first match of the season and snapped a program-best 31-set win streak.
• BU has now won 48 sets and only dropped five during the 2019 season.
• BU was the final undefeated team in DI college volleyball before Wednesday’s loss.
• Yossiana Pressley led all players with 18 kills on 41 swings.
• Tara Wulf led all defenders with 11 digs.
• Shelly Stafford and Marieke van der Mark led the Bears with three blocks each.
• Baylor played in front of Texas’ fifth sold-out crowd of the season.
• Baylor is now 39-12 as a ranked team under McGuyre.
• Baylor dropped to 2-84 all-time against Texas and 0-44 in Austin.
• Ryan McGuyre is one win away from 100 career victories at Baylor.

STAT OF THE MATCH
18 – the match-high kill count for junior Yossiana Pressley.

TOP QUOTE
Head coach Ryan McGuyre
On the match…
“It was difficult on all fronts. It was a match that was good and was needed. In some of our other recent matches, we’ve shown a lot of vulnerability in certain areas, but we were able to get the wins. Texas was great. They served extremely tough. They definitely won the serve and pass game. That makes everything easier. They had tough serves and kept us out of system. We have such a big block, but they were able to convert. Digs for kills were really weak today.”