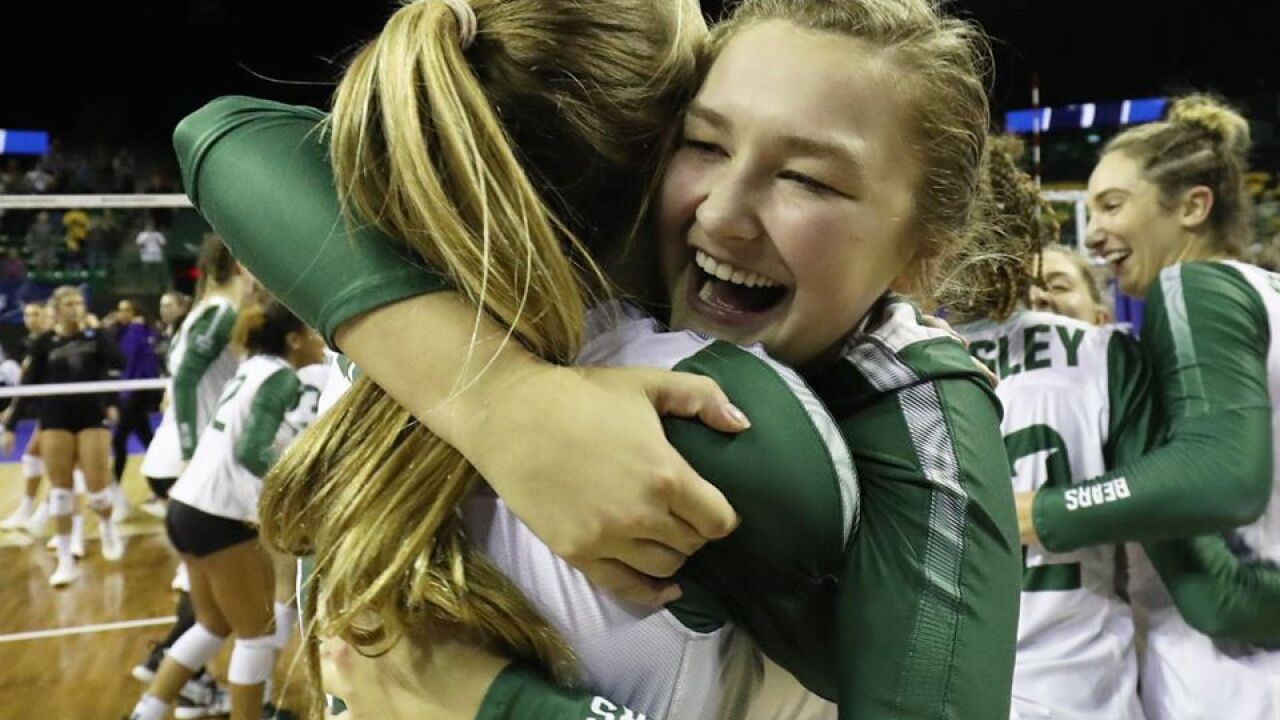 The Bears were led by Waco Region Most Outstanding Player Yossiana Pressley. Pressley got 24 kills on 41 attempts and a .512 hitting percentage. Her 24th kill secured the win for the Bears in the fourth set.

Junior setter Hannah Lockin accounted for 48 assists to lead all players, including a few one handed sets. She also went 7-for-7 on attacks.

Baylor jumped out to an early one-set lead before Washington countered in the second set to level the score at one apiece. At 10-10 in the third, the Bears went on a 6-1 run to take a 16-11 lead.

They would not look back.

With the win, the Bears moved to 29-1. They are unbeaten in their last 13 matches and have not lost a match since Oct. 23.

Baylor will play Wisconsin in the National Semifinals on Thursday, Dec. 19. The Bears beat the Badgers in four sets earlier this year.