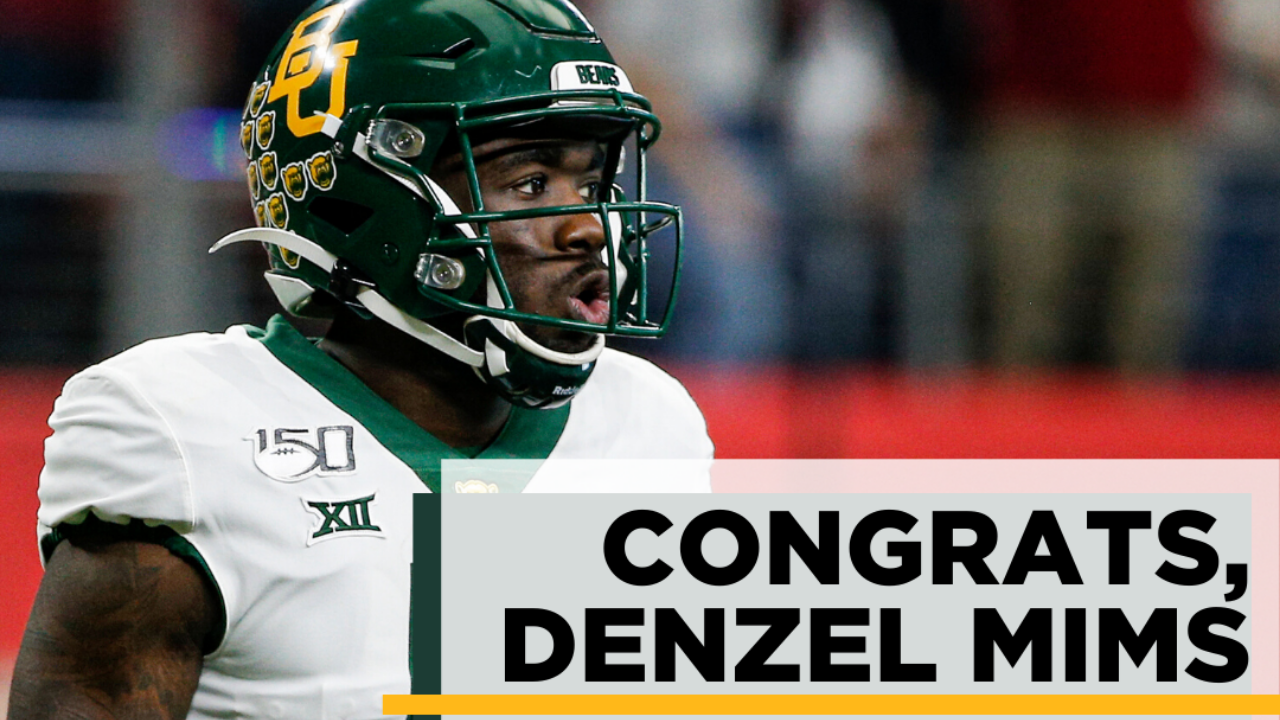 WACO, Texas — After a long wait, Baylor wide receiver Denzel Mims is headed to the NFL. Mims was selected 59th overall in the NFL Draft by the New York Jets.

Mims is the first Central Texas athlete taken in the 2020 NFL Draft.

Mims was projected to be a first-round pick by ESPN Draft Analyst Mel Kiper Jr., but he fell near the end of the second round as the 13th receiver selected.