Mims Named to the Preseason Watch List for 2019 Biletnikoff Award 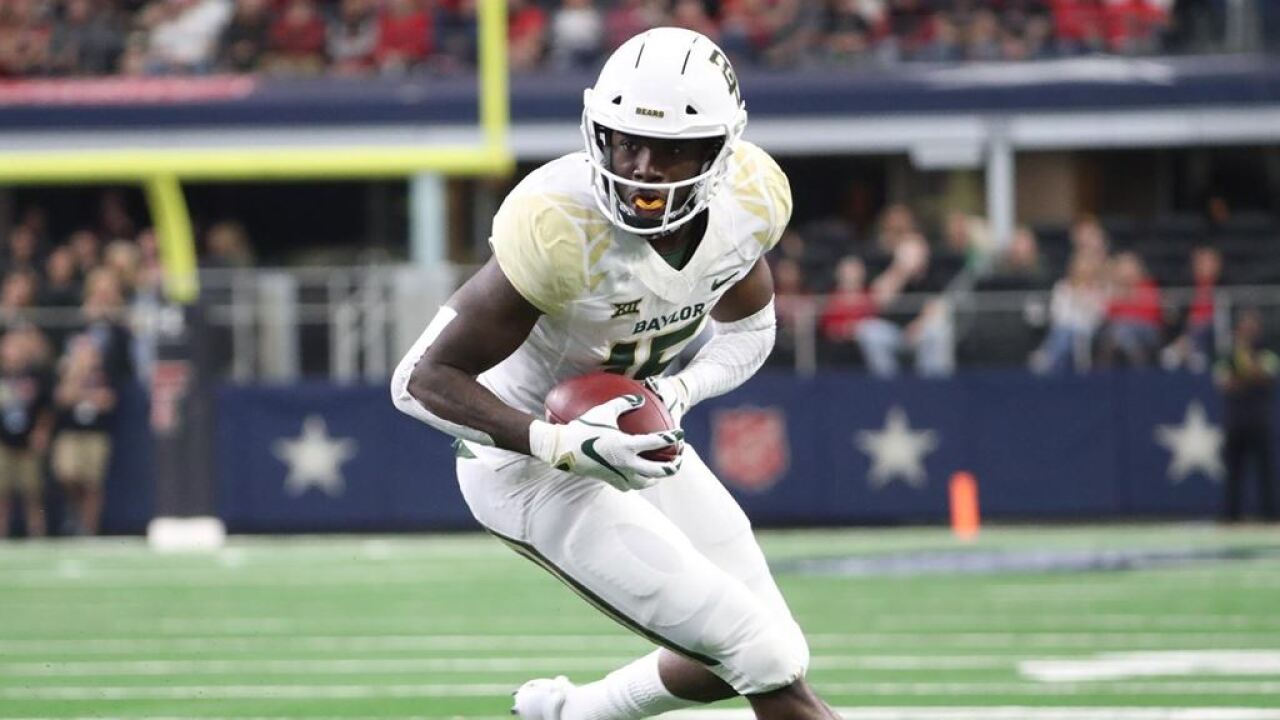 WACO, TX — Senior wide receiver Denzel Mims was named to the watch list for the 2019 Biletnikoff Award, it was announced Thursday afternoon.

The honor is presented annually by the Tallahassee Quarterback Club (TQC) Foundation, Inc., to the season's most outstanding FBS receiver regardless of position.

This is the third-straight season Mims has been named to the watch list, as he was added midseason during the 2017 season and was on the preseason watch list in 2018. The Bears had two on the watch list last season as Jalen Hurd was also added to the list midseason./

The Daingerfield, Texas, native, is coming off a 2018 campaign where he appeared in 12 games, starting 10 of them. He finished the regular season ranked 13thin the conference with 66.2 yards per game, 12thwith 4.6 receptions per game and collected 794 yards receiving on 55 receptions for a team-leading eight touchdowns.

The award recipient is selected by the highly distinguished Biletnikoff Award National Selection Committee, a group of prominent college football journalists, commentators, announcers, Biletnikoff Award winners, and other former receivers. Foundation trustees do not vote and have never voted.

Mims hopes to join Corey Coleman as the only Bear to win the Biletnikoff Award, taking home the honor in 2015.

Mims and the Bears will open up the season on Aug. 31 with a game against Stephen F. Austin at 6 p.m. CT at McLane Stadium. For ticket information, go to baylorbears.com/bthere.