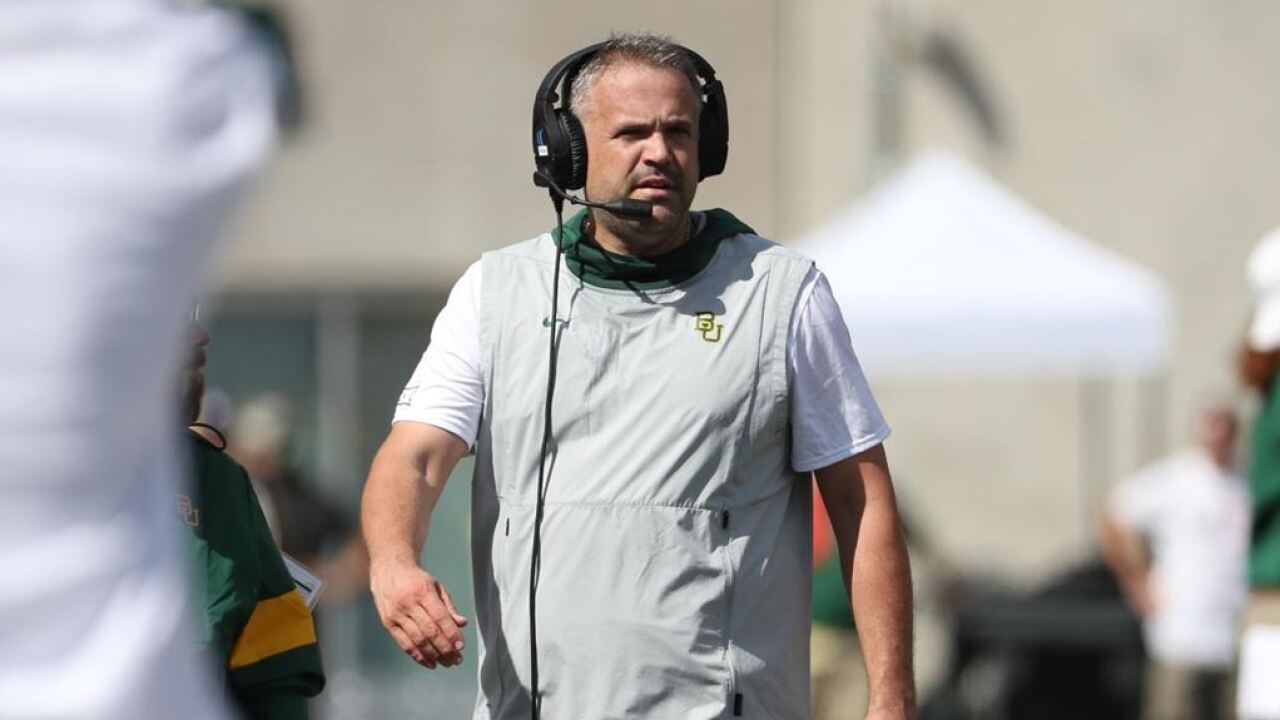 WACO, TX — Matt Rhule is not only making headlines for being a great coach - apparently he can also predict the future.

Rhule told David Smoak that he told potential recruits a year ago before a home game that in a year, “you will turn on the TV next season when we’re hosting Oklahoma and you’ll wish you were a part of this team because @CollegeGameDay will be in Waco.”

College GameDay announced last weekend that they were coming to Waco for the Baylor vs. OU game. Baylor went into triple overtime last weekend against TCU, and they took home the win.

Baylor is 9-0 currently going into Saturday's game. College GameDay has also announced that Chip and Joanna Gaines will be guest pickers on the show on Saturday.

Baylor has lost to Oklahoma in their last four matchups.