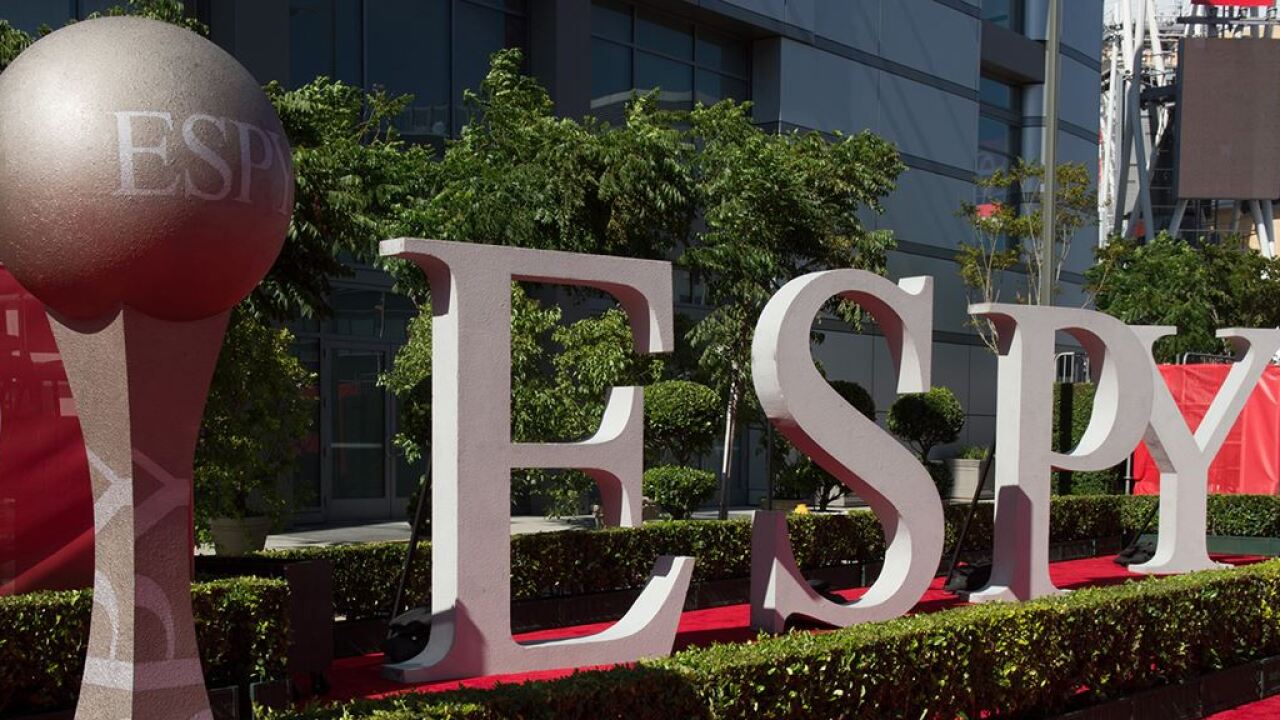 WACO, TX — The 2018-19 Baylor women’s basketball team received a nomination for “Best Team” for the 2019 ESPY Awards, and the team is headed to Los Angeles Wednesday for annual sports awards ceremony put on by ESPN.

The Lady Bears became just the third women’s program in NCAA history to win at least three titles April 7 when Baylor defeated Notre Dame 82-81 in a thriller in Tampa, Fla. Chloe Jackson hit go ahead layups in the closing seconds of both the national semifinals game vs. Oregon and the title game vs. UND to help propel the team and added a third crown to go along with 2005 and 2012 championships.

Baylor led by 12 late in the third quarter before the Big 12 Defensive Player of the Year and five-time All-American Lauren Cox went down with an injury. The Lady Bears withstood a furious comeback from the Fighting Irish and twice in the last 34 seconds, Jackson gave Baylor a go-ahead bucket.

The Lady Bears finished the season at 37-1, ran the table with an 18-0 record in the Big 12 Conference and claimed both the regular season and conference tournament championship for the 10thtime to give head coach Kim Mulkey and the Lady Bears 20 Big 12 championships since her arrival in 2000.

The ESPYs take place Wednesday at 7 p.m. CDT on ESPN and actor/comedian Tracy Morgan will serve as host at the Microsoft Center.

The team is expected to take part in the red-carpet event and the ESPYs after party hosted by hip hop artist 2 Chains.

Mulkey, staff members and all players from the 2018-19 team with the exception of Queen Egbo and Jackson will be in attendance. Egbo is with Team USA training for the 2019 FIBA 19U Championships later this month and Jackson, a guard for the WNBA’s Chicago Sky has a schedule conflict.

Vote for the Lady Bears here.