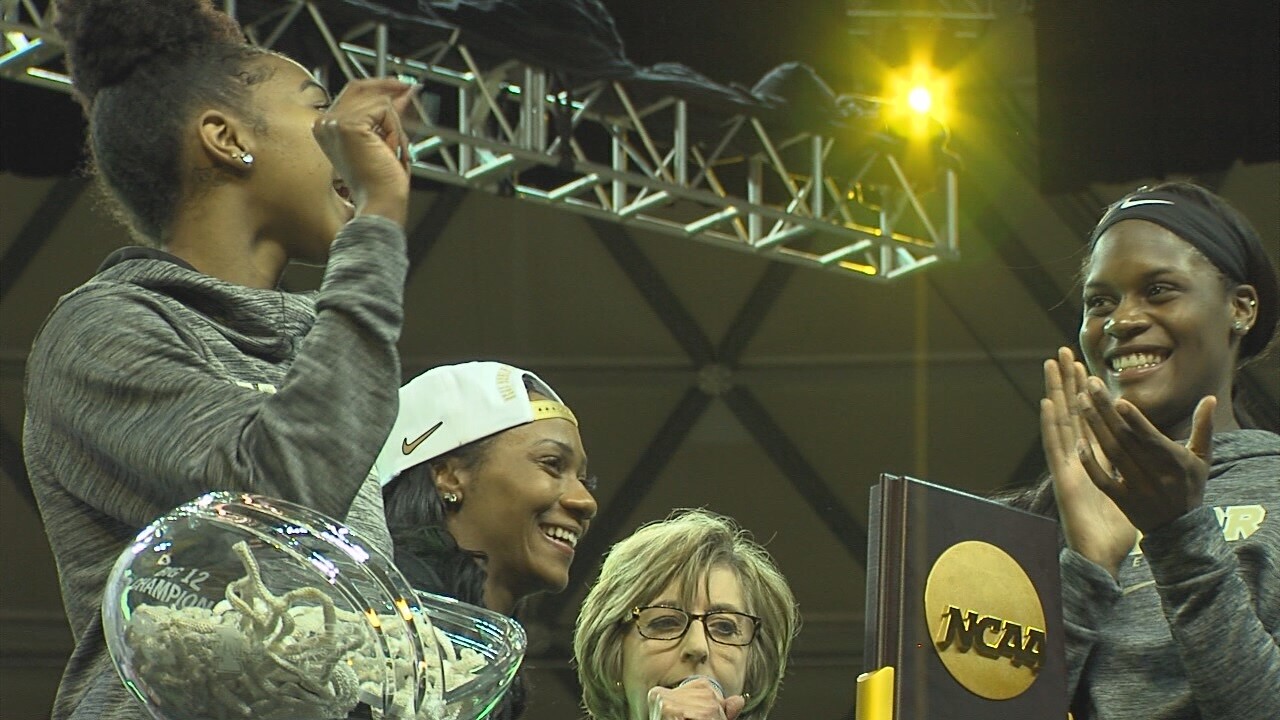 NEW YORK CITY, NY — Baylor's Kalani Brown and Chloe Jackson are heading to the WNBA after being selected in Wednesday night's draft.

With the seventh overall pick, the Los Angeles Sparks selected Brown while Jackson was snapped up by the Chicago Sky in round number two. These selections give Baylor 16 total players that have been drafted to the WNBA.

Brown was All-Big 12, All-America, All-Final Four, and a national champion. The Lady Bear center finished her career at Baylor with more than 2,000 career points and 1,000 career rebounds.

Brown won't be alone in Los Angeles though, fellow Lady Bear Odyssey Sims is on their roster.

Jackson certainly elevated her draft stock with her play in the NCAA Tournament. The championship game's Most Outstanding Performer will now join a Chicago Sky team that has plenty of need for her playmaking.