Waco native ran a personal-best time in the 5,000-meter race. 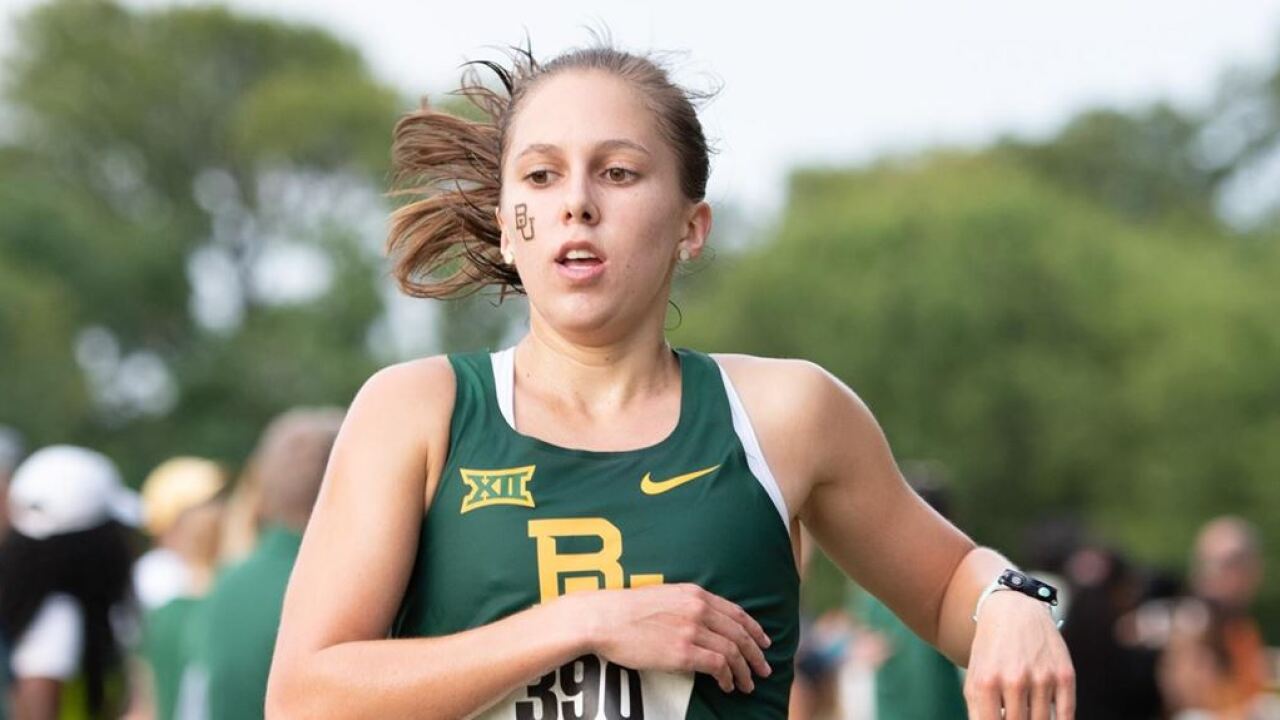 “Celia did a good job,” Baylor associate head coach Jon Capron said. “She stayed within where she needed to be at first, and it really paid off. She was able to move a lot better during this race than in races past. I think she got really comfortable, and it was nice that she finally had her legs underneath her. It’s something that I’ve been telling her is coming, so it was nice to get proof.”

“I thought the girls did a good job executing and fighting over the course of the race,” Capron said. “I think they still have much faster in them, but it was good to put something on paper today. There were kind of mixed results on who was happy with their race and who wasn’t, but with the ones that weren’t happy I think we can figure it out.”

“They were all kind of close to being happy with their races,” Capron said. “None of them were really pleased, but they’re all a lot closer than they were. It’s not an easy course by any means, so I think it will be fun to come back to the A&M course a couple weeks later to see how far we’ve come. I was happy to get Ryan Day in there, and I think Cal has more in him. All of those guys can run faster, so we’re excited to see where they’re headed. We’re not there yet.”

Up next, the Bears head to the Arturo Barrios Invitational on Oct. 19 in College Station, the last stop before the Bears host the Big 12 Championships on Nov. 2 at Cottonwood Creek Golf Course in Waco.

“We’re comfortable but not satisfied,” Capron said. “I know where we’re going, but we’re definitely not there yet. We need to get there pretty quickly. The end of the season is coming, but that’s when we’re supposed to be at our best. If we’re not there yet, it gives us some space to get there.”