Hill Named a Finalist for the Stopper of the Year Award 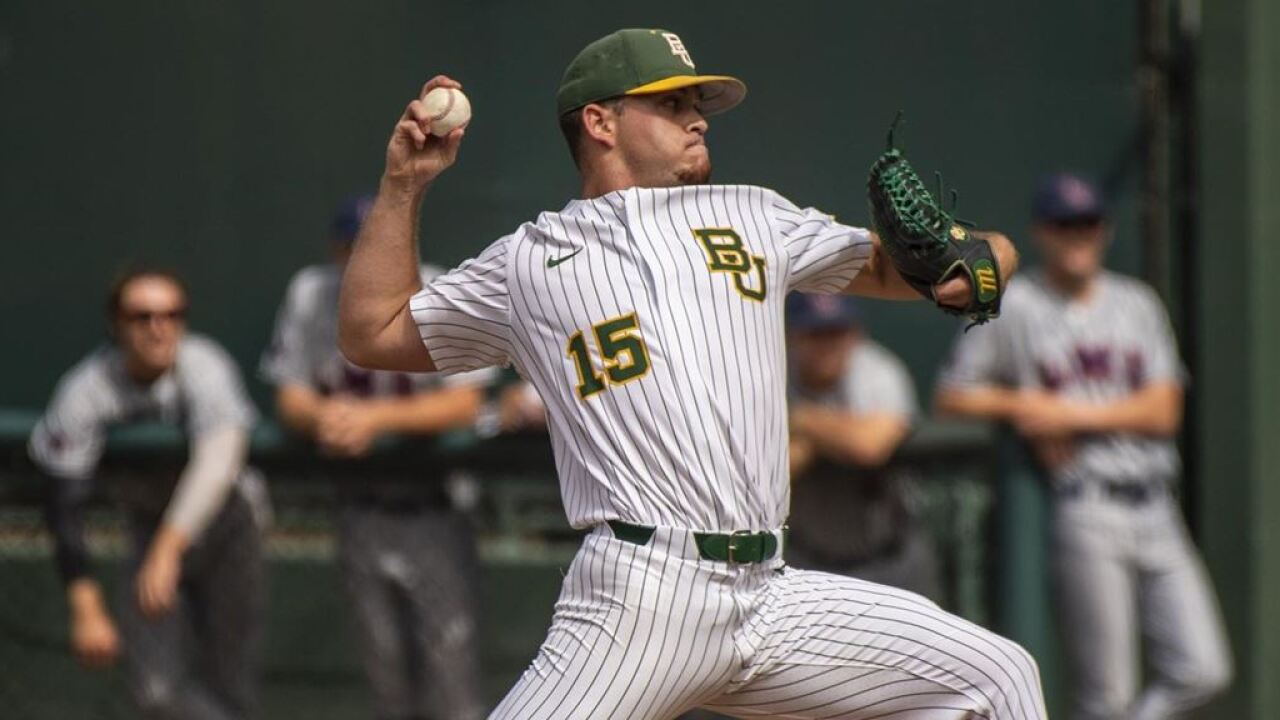 WACO, TX — Senior closer Kyle Hill was named one of six finalists for the National Collegiate Baseball Writers Association Stopper of the Year, members of the institution announced Thursday afternoon.

Hill, the Bears’ lights-out closer in 2019 was recently selected in the 10th round, 306th overall by the Seattle Mariners. A unanimous First Team All-Big 12 selection was also the Bears’ first First Team All-American selection since 2012 as he finished the season with an impressive 0.00 ERA through 29.1 innings of work. He tallied a team-leading seven saves and was 6-0 on the year. He boasted the longest scoreless streak in school history (32.2 innings dating back to 2018) over 24 outings. Seeing time as both a starter and a reliever in his four-year career, Hill finished with a 2.95 ERA and a 14-8 record with eight saves through 93 total appearances and 11 starts. He tossed 171.0 innings in his career, striking out 167. Hill finished tied for fourth on Baylor's all-time career relief appearances leaderboard with 82 appearances out of the pen, also ranking third with 93 total appearances and fourth with 138 career strikeouts. Recently, Hill graduated with a degree in finance and was recently named the Big 12 Baseball Scholar-Athlete of the Year.

The NCBWA's All-America Committee will select the winner, with this year's recipient to be announced Saturday, June 15, at a news conference at TD Ameritrade Park Omaha at 10 a.m. (CT).