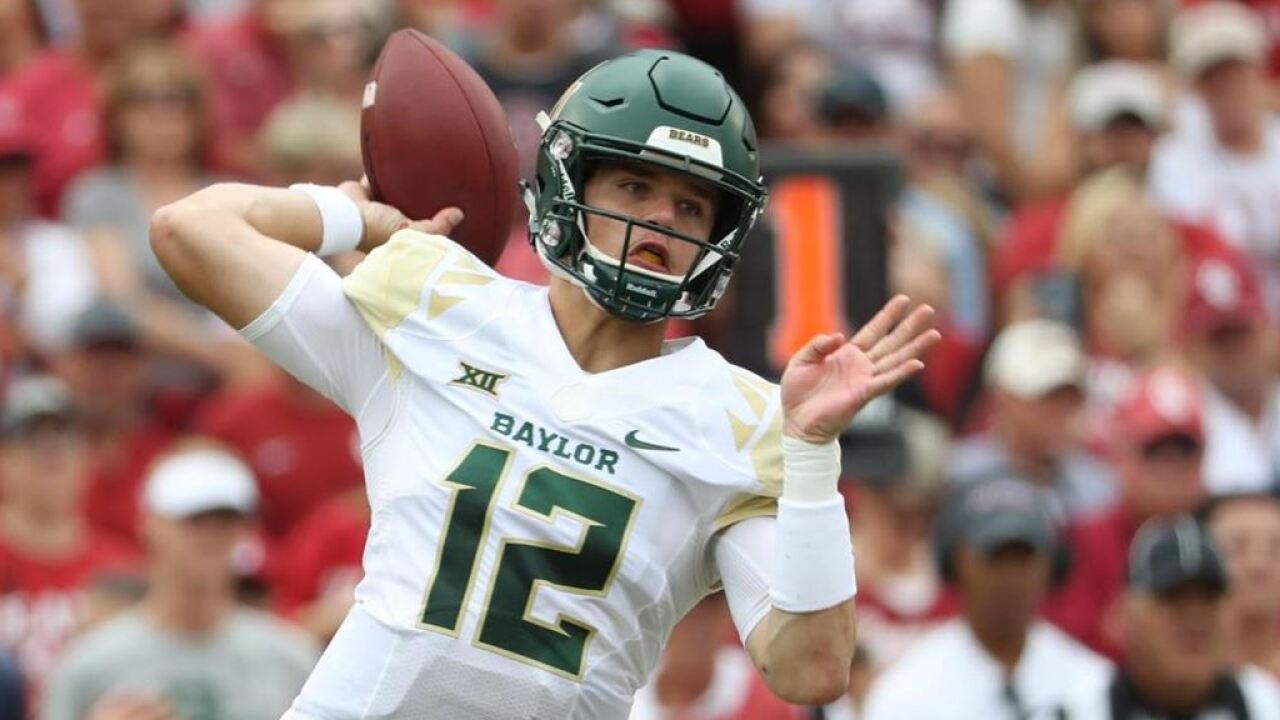 WACO, TX — Junior quarterback Charlie Brewer was named to the Watch List for the Manning Award, sponsored by the Allstate Sugar Bowl, it was announced Wednesday.

Brewer is one of 30 quarterbacks named to the award which is given to the nation’s top quarterback in the country after the bowl games. The winner will be selected by a voting panel, which includes national media and each of the Mannings, after the bowls. The Manning Award was created by the Allstate Sugar Bowl in honor of the college football accomplishments of Archie, Peyton and Eli Manning. It is the only quarterback award that includes the candidates’ bowl performances in its balloting.

Brewer, the 2017 Big 12 Co-Offensive Freshman of the Year, is coming off a strong sophomore campaign in 2018. He started 12 of 13 games at quarterback, throwing for 3,019 yards on 240-of-390 passing with 19 touchdowns to just 9 interceptions, also rushing 133 times for 375 yards and seven touchdowns. He boasts 11-career 200+ passing yard games, tied for seventh-most in program history and is the he fifth player in program history with six or more games of 300 or more yards passing. The Austin native has passed for 400+ yards twice and his seven career rushing touchdowns are the eighth-most by a Baylor quarterback in program history.

Brewer has previously been named to the Watch Lists for the 2019 Davey O’Brien Award and the 2019 Maxwell Award.

The last Bear to be named to the Watch List for the Manning Award was Seth Russell in 2015 and Robert Griffin III won the award in 2011-12.