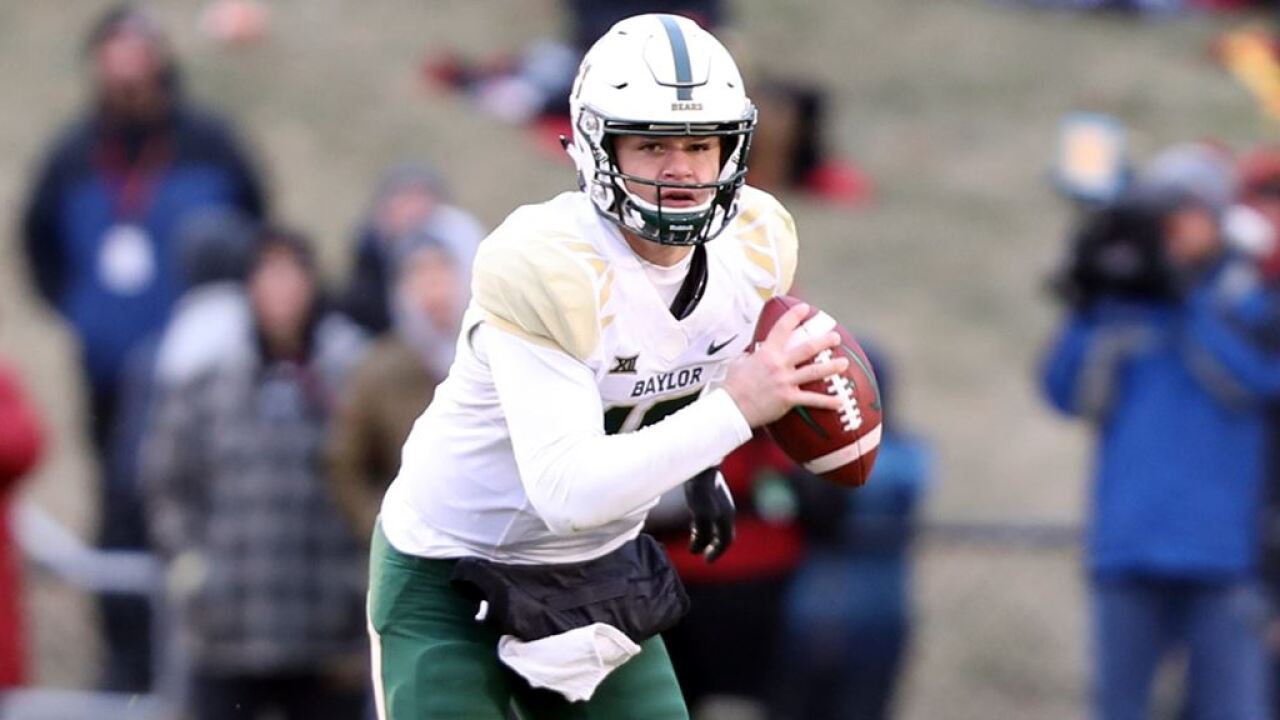 FORT WORTH, TX — Junior quarterback Charlie Brewer was recently named to the watch list for the prestigious 2019 Davey O'Brien National Quarterback Award, given to the nation's top college quarterback.

Compiled by a subset of the Davey O'Brien National Selection Committee, this year's list was selected based on player performance during the previous year and expectations heading into the 2019 college football season. All nominees are required to have previously started at least one game at their current institution.

Brewer, the 2017 Big 12 Co-Offensive Freshman of the Year, is coming off a strong sophomore campaign in 2018. He started 12 of 13 games at quarterback, throwing for 3,019 yards on 240-of-390 passing with 19 touchdowns to just 9 interceptions, also rushing 133 times for 375 yards and seven touchdowns. He boasts 11-career 200+ passing yard games, tied for seventh-most in program history and is the he fifth player in program history with six or more games of 300 or more yards passing. The Austin native has passed for 400+ yards twice and his seven career rushing touchdowns are the eighth-most by a Baylor quarterback in program history.

Brewer is one of four quarterbacks from the Big 12 named to the list one of nine juniors. An Austin native and a graduate of Lake Travis HS, Brewer is one of six on the list from Texas high schools.

The Davey O'Brien National Quarterback Award is presented annually to the nation's best college quarterback and is the oldest and most prestigious national quarterback award. Appearing on the watch list is not a requirement for a player to win the award. Quarterbacks from all NCAA Division I Football Bowl Subdivision (FBS) schools are eligible.

Sixteen semifinalists for the award will be named on Wednesday, Nov. 13. From that list, the Foundation will announce the three finalists on Monday, Nov. 25. The 2019 Davey O'Brien Award winner will be unveiled live on ESPN Thursday, Dec. 12, during The Home Depot College Football Awards.

The 2019 season marks the 13th year that fans will be invited to participate in the voting process on VoteOBrien.org. Results from the Davey O'Brien fan vote will be combined with the ballots from the selection committee.