Bradford, Hill Taken on Day Two of the 2019 MLB Draft 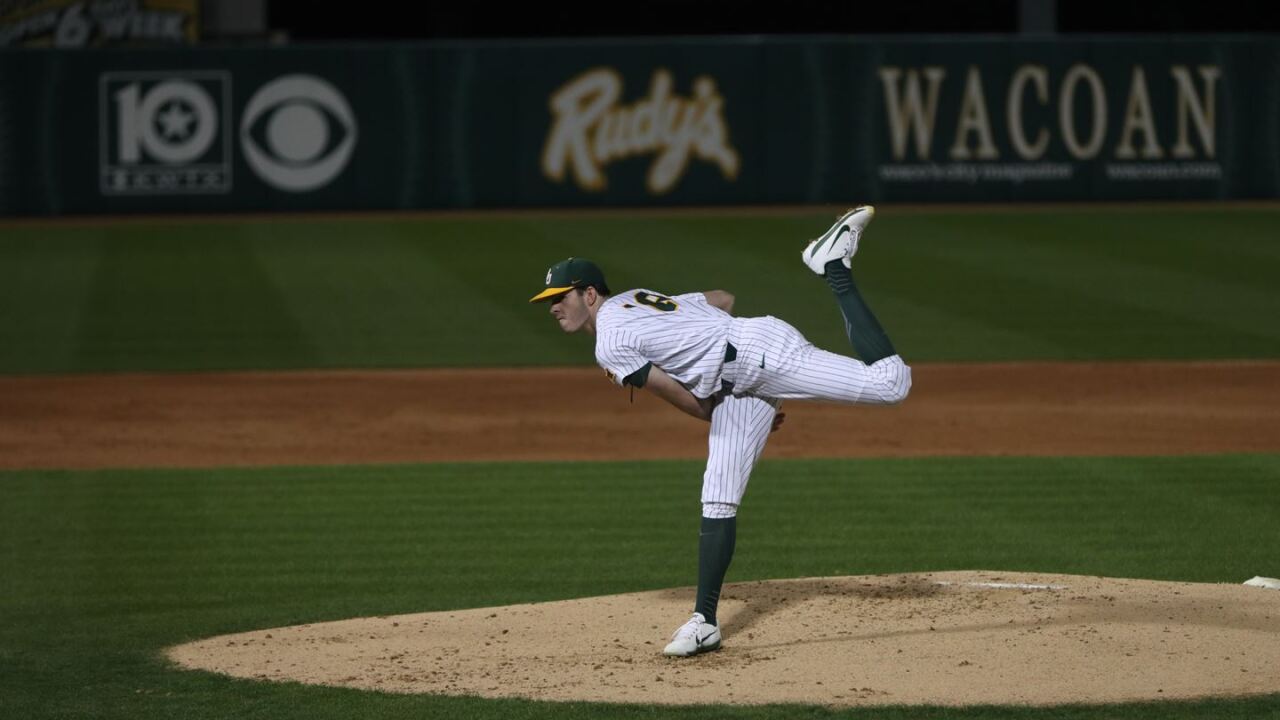 With the additional picks of Bradford and Hill to BU first rounders Shea Langeliers and Davis Wendzel, the Bears now have the most draftees since five were drafted in 2013. The four selections are the most for the Bears under fourth-year head coach Steve Rodriguez. Overall, theBears have had 144 total draft picks in program history.

Bradford, the 2018 Big 12 Pitcher of the Year and 2019 Big 12 Preseason Pitcher of the Year, he is coming of a 2019 season that he saw cut short due to thoracic outlet syndrome rib removal surgery after just three starts. He boasts a 3.86 ERA over three seasons and a 12-11 record through 32 appearances. He struck out 139 batters in 177.1 innings pitched and walked just 50. In 2018 he finished with a 7-6 record and a 2.51 ERA, striking out 87 in 96.2 innings of work with two complete-game shutouts, becoming the first Bear in program history to win Big 12 Pitcher of the Year honors. He also earned Third Team All-America honors and was named to the CoSIDA Academic All-District 7 team as he has finished his degree in supply chain management in just three seasons.

Hill, the Bears' lights-out closer in 2019 was selected in the 10thround, 306thoverall by the Seattle Mariners. It is the Corpus Christi, Texas, native's first time being drafted. Hill, a unanimous First Team All-Big 12 selection was also the Bears' first First Team All-American selection since 2012 as he finished the season with an impressive 0.00 ERA through 29.1 innings of work. He tallied a team-leading seven saves and was 6-0 on the year. He boasts the longest scoreless streak in school history (32.2 innings dating back to 2018) over 24 outings. Seeing time as both a starter and a reliever in his four-year career, Hill finished with a 2.95 ERA and a 14-8 record with eight saves through 93 total appearances and 11 starts. He tossed 171.0 innings in his career, striking out 167. Hill finished tied for fourth on Baylor's all-time career relief appearances leaderboard with 82 appearances out of the pen, also ranking third with 93 total appearances and fourth with 138 career strikeouts. Hill recently graduated with a degree in finance.

The third and final day of the draft will continue on Wednesday, June 5 at 11 a.m. CT as rounds 11-40 will be selected on MLB.com