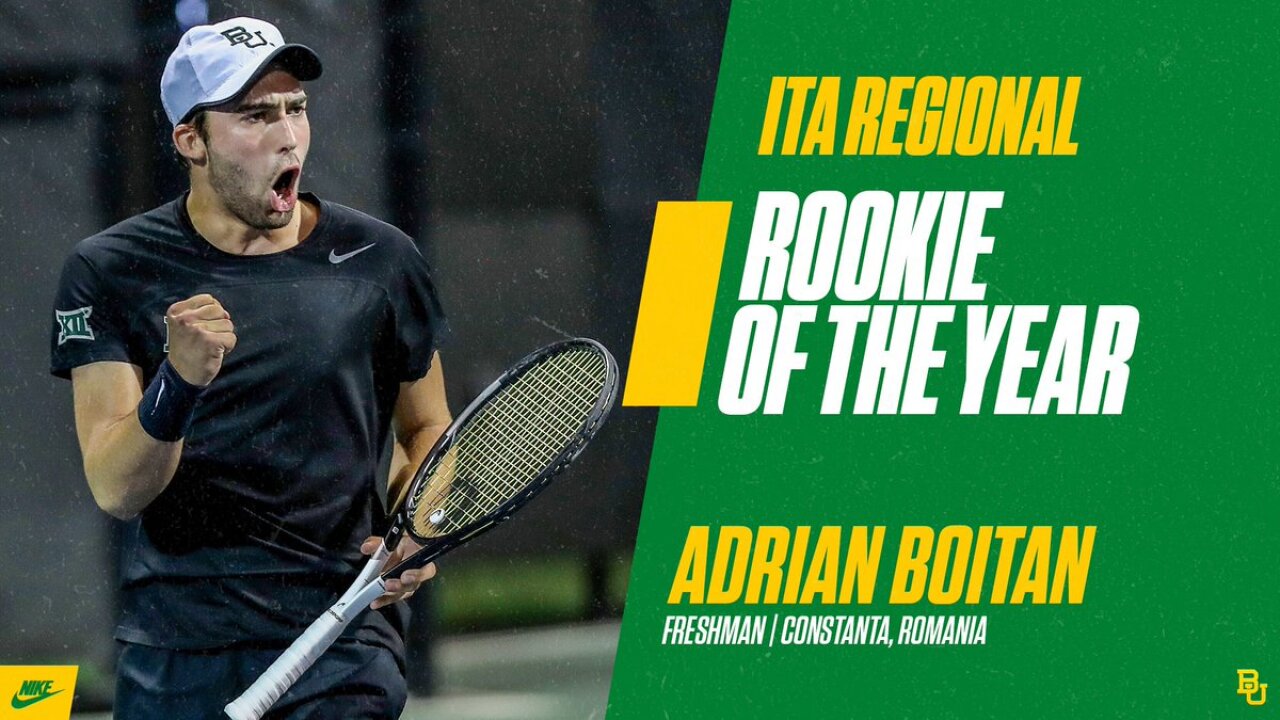 Boitan is the eighth player in program history to earn the honor and first Bear since Julian Lenz in 2013.

The Constanta, Romania native compiled a 16-4 singles and 6-3 doubles record during his first season in Waco, posting an unblemished 7-0 singles mark against ranked opponents.

The ITA national award winners will be announced on May 19.