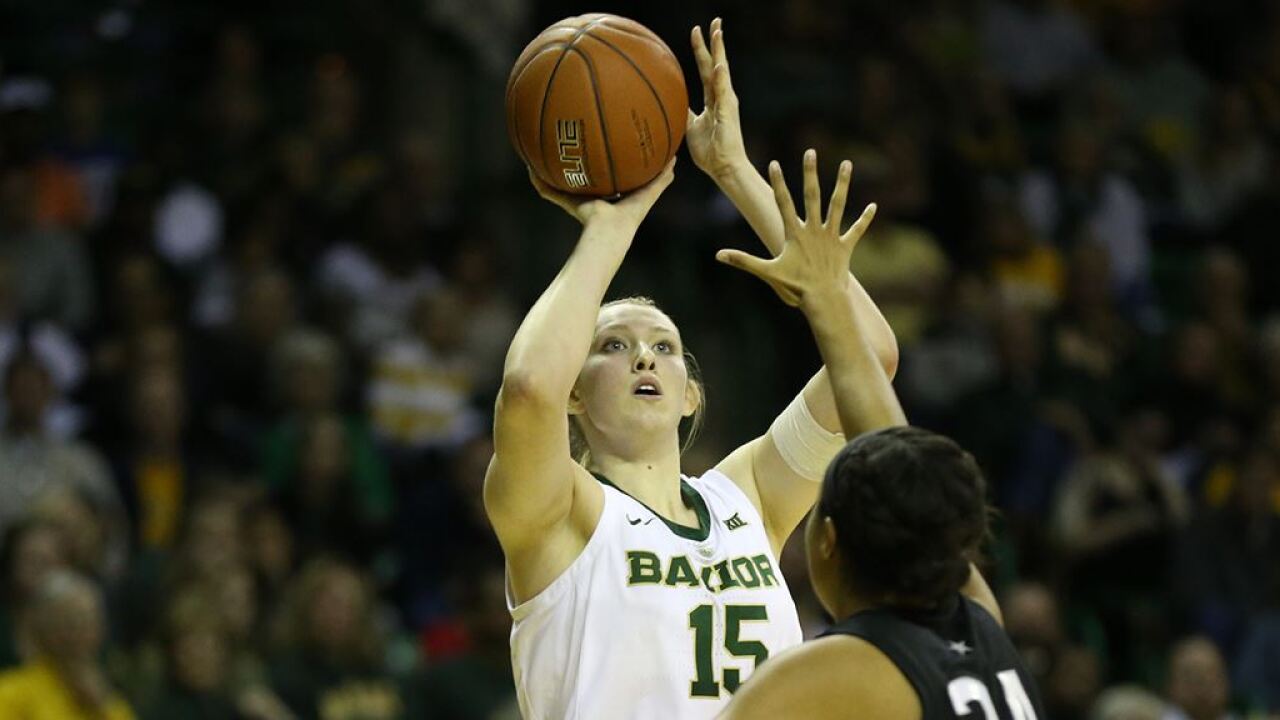 The Sportsperson of the Year Awards began in 2000-01 to annually recognize student-athletes who displayed an extraordinary degree of sportsmanship, community service and academic achievement. This year's winners were selected by a media panel.

Cox will become the fourth Baylor female in the 19-year history of the award to win, and she will be the third women's basketball player to take the honors after Jessicka Stratton (2003-04) and Melissa Jones (2010-11) each won. Softball's Whitney Canion took home the honor for the 2013-14 season.

In addition to her outstanding play on the floor where she led the Lady Bears to a 2019 NCAA National Championship in Tampa, Fla. April 7 over Notre Dame, Cox was active in the local chapter of JDRF, which raises awareness for Type 1 Diabetes. Cox who was diagnosed with the disease as a youth has used her platform to inspire many young aspiring with the athletes to continue achieving their dreams. She also participated in the Waco Stomp Out Diabetes Walk.

Cox's academic work landed her a spot on the first team of the 2019 Academic All-Big 12 team, and she was recognized as the NCAA Elite 90 Co-Award winner in Tampa in April for having the top GPA among players participating in the NCAA Championship.