The sophomore had career-high tallies in tackles and returned his first fumble recovery for a TD. 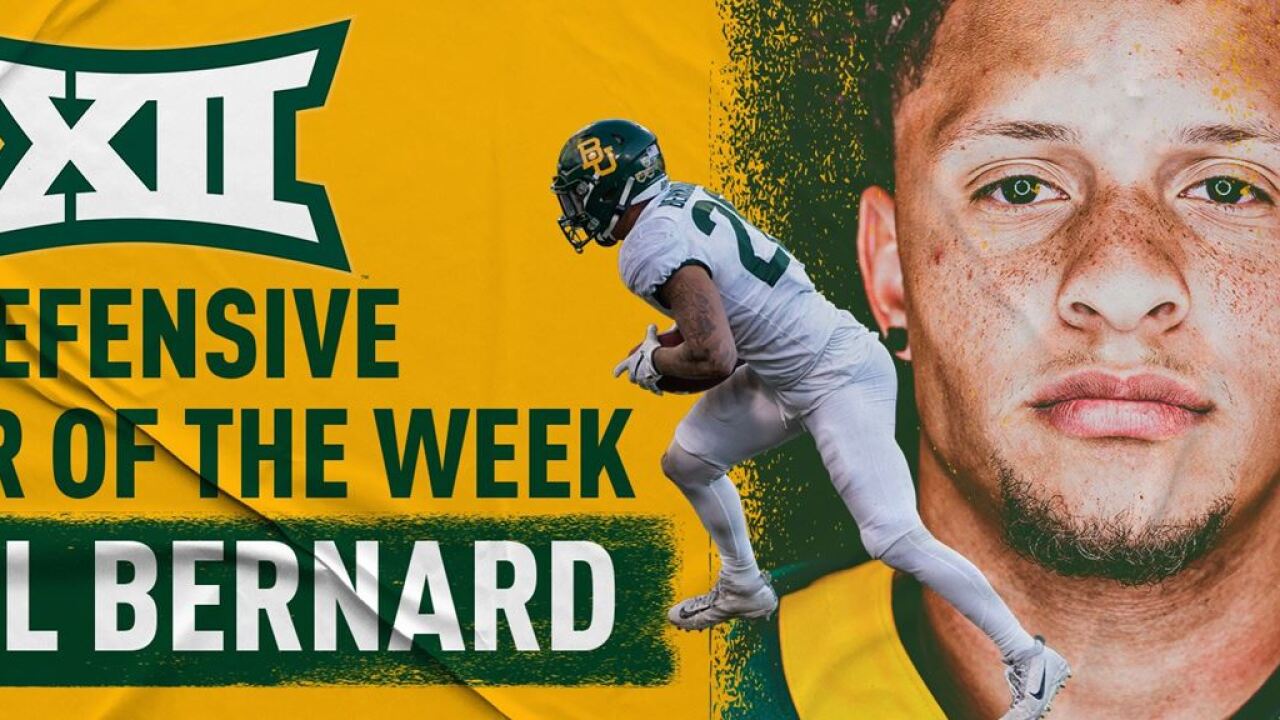 After playing WLB the first six games of the season, Bernard made his first start of the year at MLB at Oklahoma State in place of the injured Clay Johnston. He tallied a career-high 9 tackles (5 solo, also a career best), while also collecting the first fumble recovery of his career and returning it 20 yards for his first-career TD to put the Bears up 38-27 with eight minutes left in the game.

Bernard keyed a Baylor defense that held the potent Oklahoma State offense to just 5.5 yards a play and 27 points, while also generating three takeaways in a key road win for coach Matt Rhule's team. The BU defense did not allow a pass longer than 29 yards and Bernard's touchdown helped to put the game away in the fourth quarter.

The honor is the first of Bernard's career and the second Defensive Player of the Week honor for the Bears in 2019, the most since having three in 2016.

Overall, the Bears have won six weekly conference honors in 2019, the most since also having six in 2014.