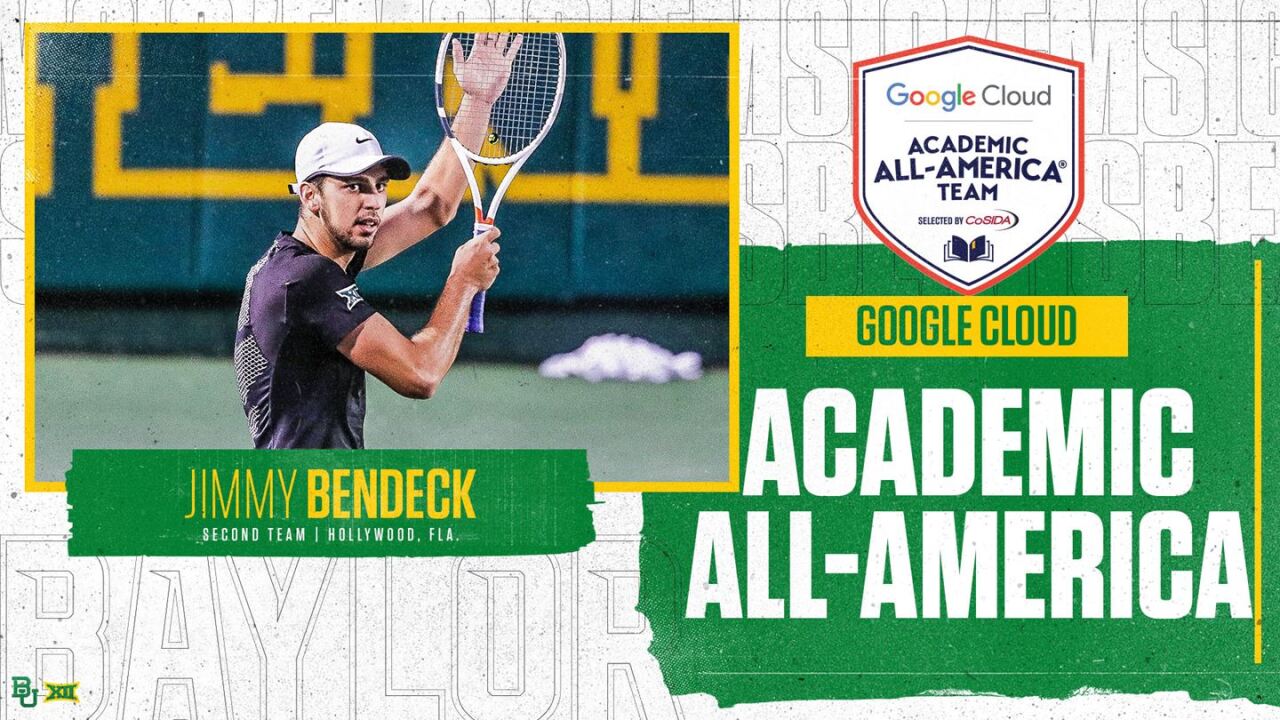 A double major in finance and entrepreneurship & corporate innovation, the senior from Hollywood, Fla. finished with a 3.91 cumulative GPA during his time in Waco. He is the fourth player and fifth program selection to the CoSIDA Academic All-America Team.

The at-large teams for the Google Cloud Academic All-America® program include the sports of fencing, golf, gymnastics, ice hockey, lacrosse, rifle, skiing, swimming & diving, tennis and water polo for both men and women, as well as beach volleyball, bowling, field hockey and rowing for women, and volleyball and wrestling for men.

The 2018-19 Google Cloud Academic All-District Men's and Women’s At-Large Teams, selected by CoSIDA, recognize the nation’s top student-athletes for their combined performances in the athletic realm and in the classroom.

Bendeck finished his singles career with a 77-40 overall record and a 77-39 doubles record in in four seasons at Baylor.