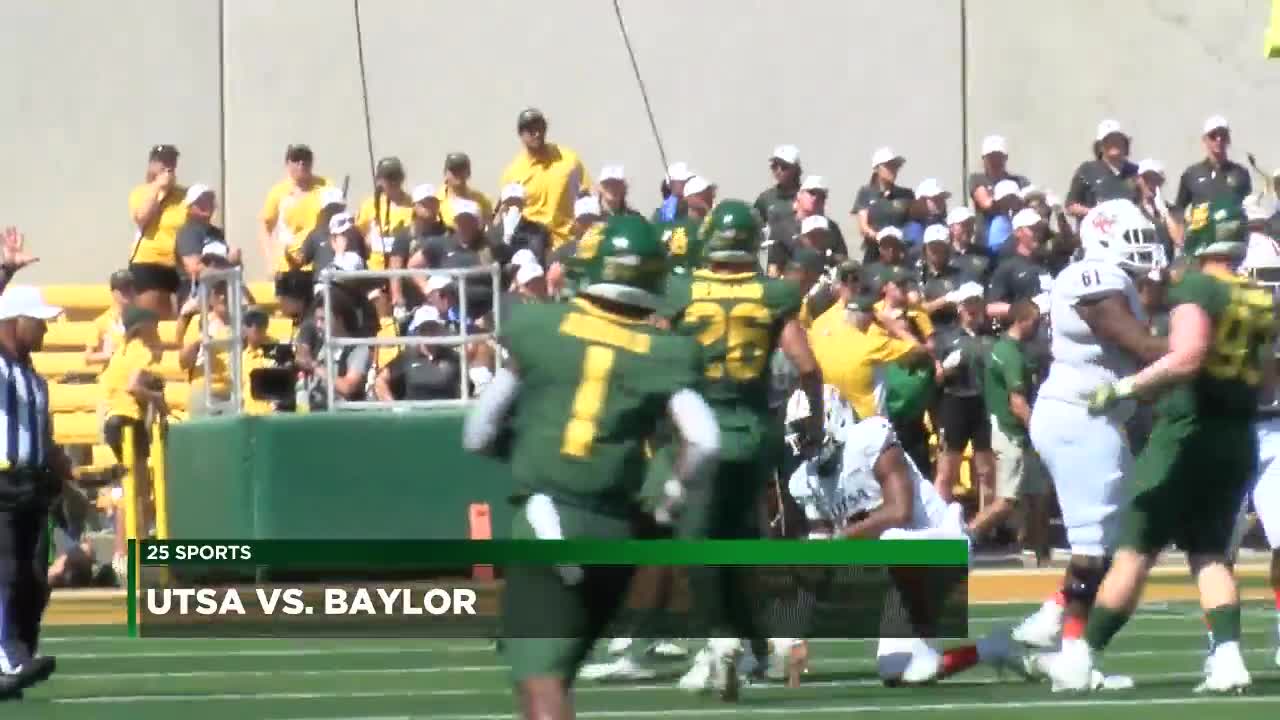 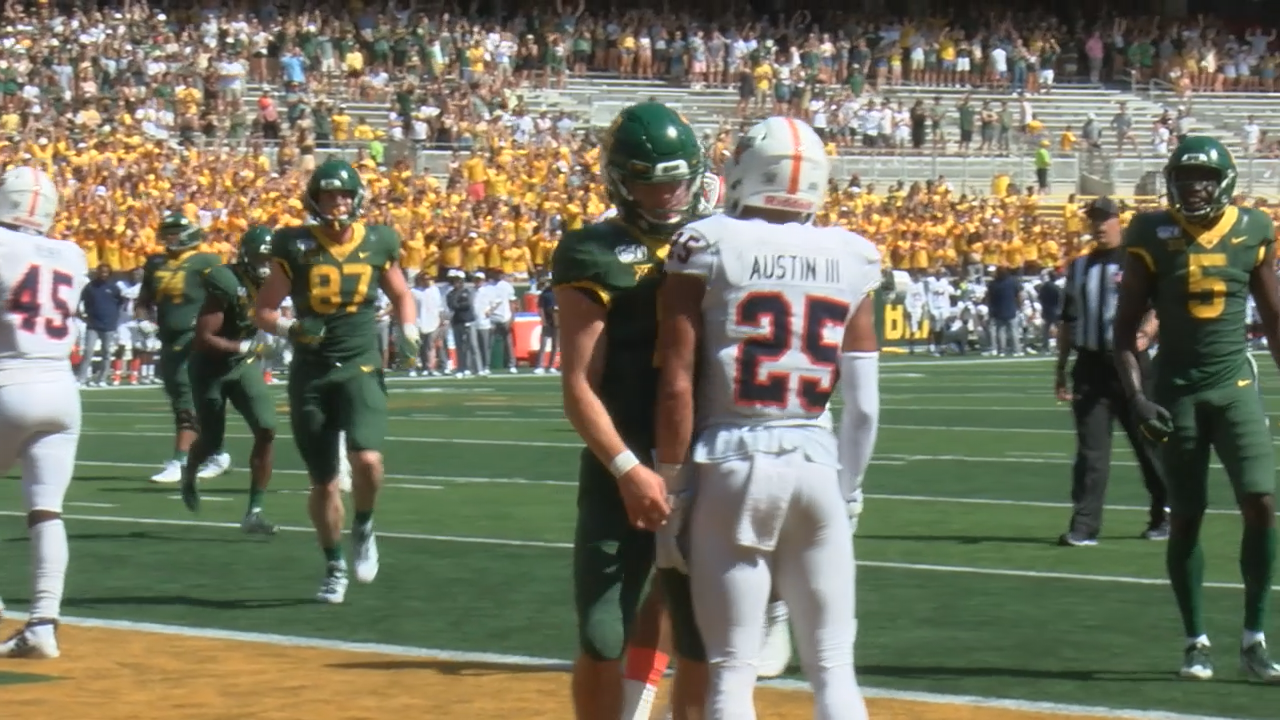 WACO, TEXAS — Baylor football opened the day with two opponents: a UTSA Roadrunner team coming off a beatdown of Incarnate Word and the heat. According to stadium security, the turf temperature before the game was over 160 degrees.

"I've never played a game that hot in my life and had no one cramp," Head Coach Matt Rhule said.

The Bears offense came out hot. After a three-and-out, quarterback Charlie Brewer connected with receiver Denzel Mims to give Baylor an early 7-0 lead.

They would not look back.

On the next drive, Brewer would carry the ball himself for a touchdown to extend the lead to 14. Later in the half, Brewer would find Mims again for a 30-yard and 26-yard touchdown. Mims finished the day with 101 receiving yards and three touchdowns.

"He's worked himself into somebody that works on his weaknesses and realizes not to hide from them but to fight through them," Rhule said. Hes become somebody who will play through discomfort, play when he's tired or play when he's hot. There were times before when he wouldn't do those things. So, there's no one who's shown more growth in three years or even a year than him. He's done a tremendous job. That's why he's in a single digit. And hopefully, he will continue to do those things."

Defensively, the Bears carried a high level of intensity from the start. On six of eight first half drives, the Baylor defense forced UTSA into a three-and-out. The Roadrunners were held scoreless in the first half.

Just before halftime, Grayland Arnold caught a punt at his own 27, made a few men miss and then out-ran the kick coverage for a 73-yard touchdown. It was the first punt return touchdown since 2013.

The Bears would play several reserve players in the second half. Brewer exited at halftime due to an apparent injury, but Rhule said he was dealing with hot feet. An X-Ray did not show anything significant.

Baylor went on to win by a final score of 63-14. It is Baylor's most points scored in the Matt Rhule era.

The Bears now move into a bye week before they prepare to take on Rice.