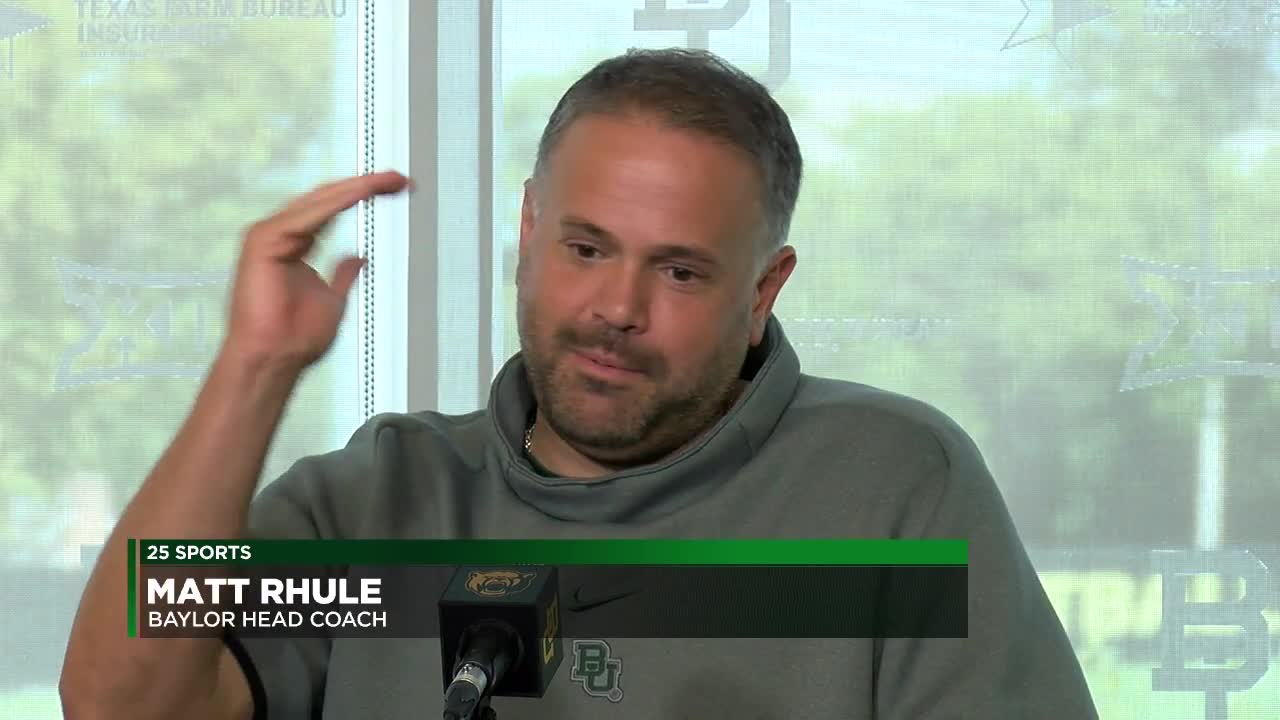 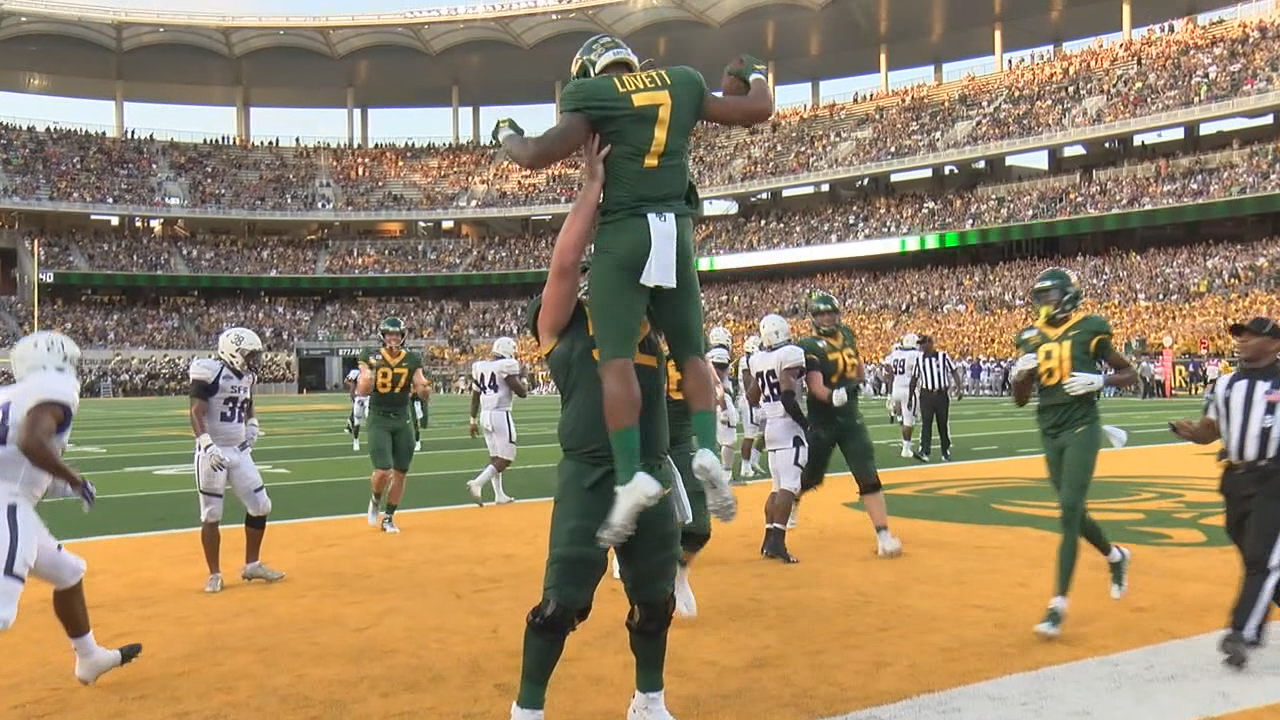 WACO, TEXAS — The Baylor Bears football team opened the season with a dominant win over the weekend, and now it gets to turn its attention to week two.

The Bears' ground game took over against the Lumberjacks en route to a 56-17 win over SFA. Baylor ran for 268 yards and four touchdowns, but despite the dominance on the stat line, there is still room for concern.

Head Coach Matt Rhule pointed out in a press conference Monday that his team found most of its success running on the edge but struggled between the tackles. It is just one example of how Baylor will have to improve no matter how well they played this weekend.

The Bears will look to get better in time for next weekend's matchup when they take on UTSA. The Roadrunners opened the season with a win against Incarnate Word.

Rhule said he believes his team is taking the right steps to improve headed into week two.

"What I like about our football team is they are very mature in that regard," Rhule said. "There are guys out there.. I got guys who start for us sending me text messages saying 'I didn't do this well enough.' If you play your first college football game, you should be celebrating and having fun. That they're saying 'I didn't do this right' means they're thinking the right way."