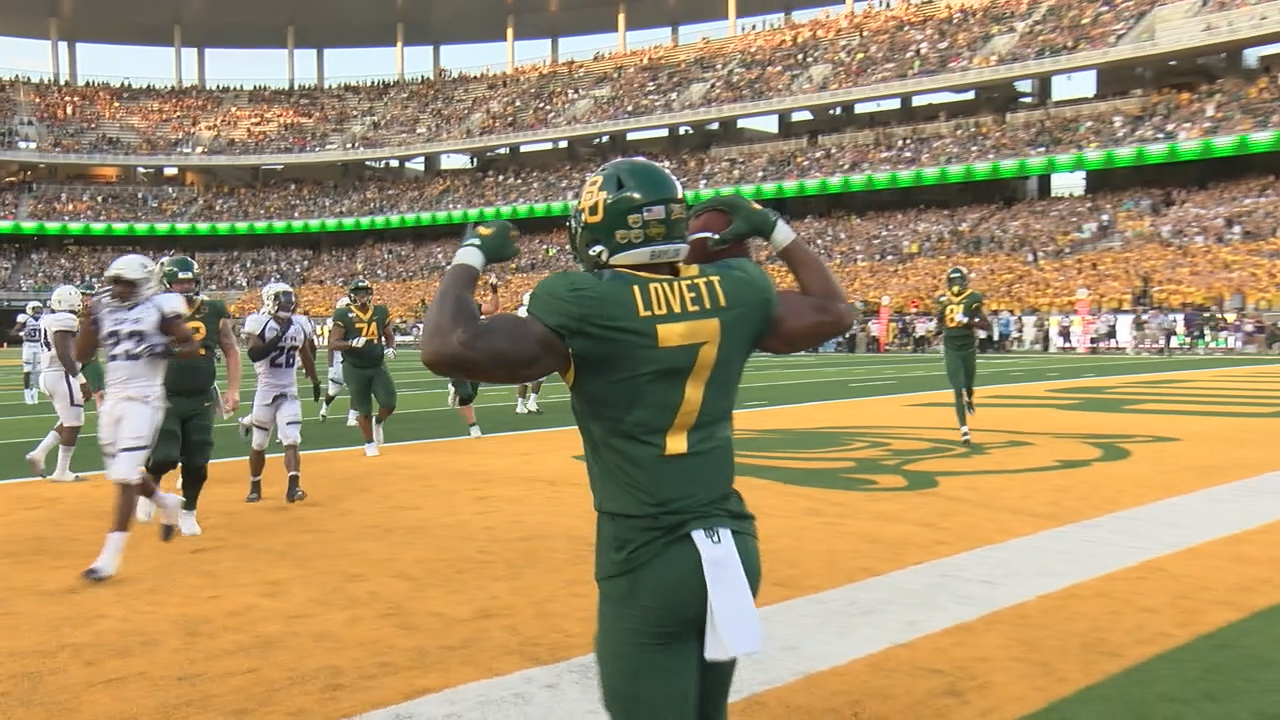 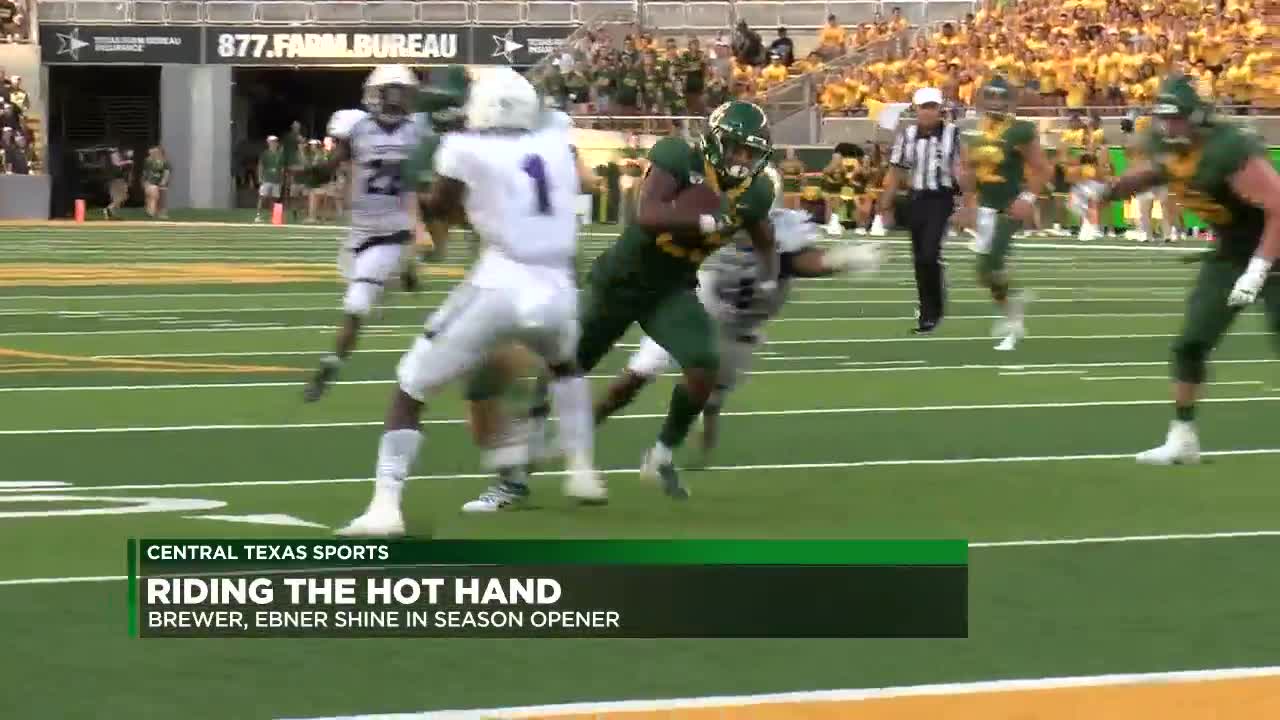 The Bears opened the scoring on their first offensive drive of the game, when junior quarterback Charlie Brewer connected with Trestan Ebner for a touchdown. Brewer would throw two more touchdown passes, both of which were caught by receiver RJ Sneed. He finished the night with 199 yards passing but was taken out of the game after one second-half drive.

SFA made a run at the Bears near the end of the first quarter. Quarterback Trae Self scrambled for a touchdown to cut the lead to 14-7.

But, after a failed offensive possession, Baylor would force it's first turnover of the game. Blake Lynch fed the turnover addiction Head Coach Matt Rhule has emphasized all off-season with an interception that set up Ebner's second score of the night. The Bears running back ran to the left sideline, made a cut, and came barreling all the way back to the right for a 21-yard score.

Ebner would add a third touchdown to push the lead to 28-7.

The Bears mounted one final scoring drive to end the first half. It was capped off with a John Lovett touchdown run that extended the Bears' lead to 28 points.

The lead allowed the Bears to give 34 players their first college game experience. In a press conference last week, Rhule mentioned he planned to use his Freshmen earlier in the season to take advantage of the NCAA's recent changes to the redshirt rule. Overall, Rhule thought his players performed well, but he admitted there's room for improvement.

"It's one of those games where we did enough good things to be happy, but enough things that I can get upset about tomorrow and correct," Rhule said. "34 guys played their first college football game, so I'm very happy for them. We had two first time starters. a couple guys scored their first touchdowns. RJ Sneed made 2 great plays. We got a chance to see what Gary could do. I thought there were a lot of things that were good. We didn't have many penalties except for a couple of silly things late, so we looked like a good football team."

The Bears advanced to 1-0 on the season with the 56-17 victory. Next week, they take on UTSA at home. Kickoff is scheduled for 3 p.m. on November 7.